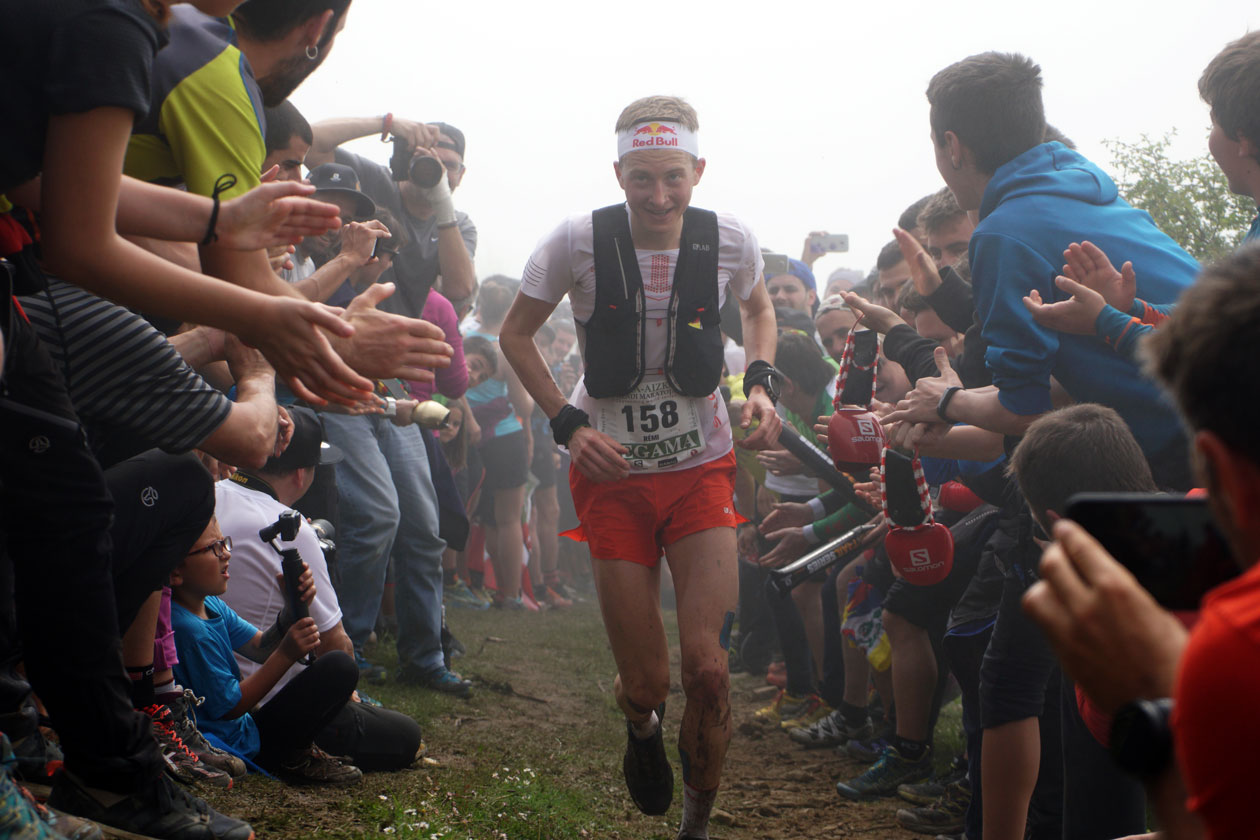 One of the most competitive races on the Migu Run Skyrunner® World Series was won by super woman Ida Nilsson from Sweden just two weeks after her Transvulcania victory. Switzerland’s Rémi Bonnet clinches the men’s win and is back on the Series in full force on the second leg of the Sky Classic category at Zegama-Aizkorri, in Spain’s Basque country today.

Nilsson ran a strong race which was initially led up to 30 km by Spaniard Laura Orgué followed by Nilsson and Emelie Forsberg in third. Nilsson nailed the victory in 4h38’.

“Since winning in Transvulcania I took a couple of days off and today I felt quite fresh. The weather was not too hot, good for my performance,” said Nilsson. “It is my first time here and I’ve seen many pictures and heard a lot about the race but it really surpasses everything I saw. The spectators are just fantastic!“

Orgué finally closed second in 4h45’ .“I’m super happy. It’s the marathon of my life,” stated Orgué. “The level was really high, so I think that being on the podium is amazing. Before racing I thought it would be super difficult to be in top ten. I’ve been training hard and was leading the race until km 30 km when it started to be long for me but I’m so happy to keep second place. 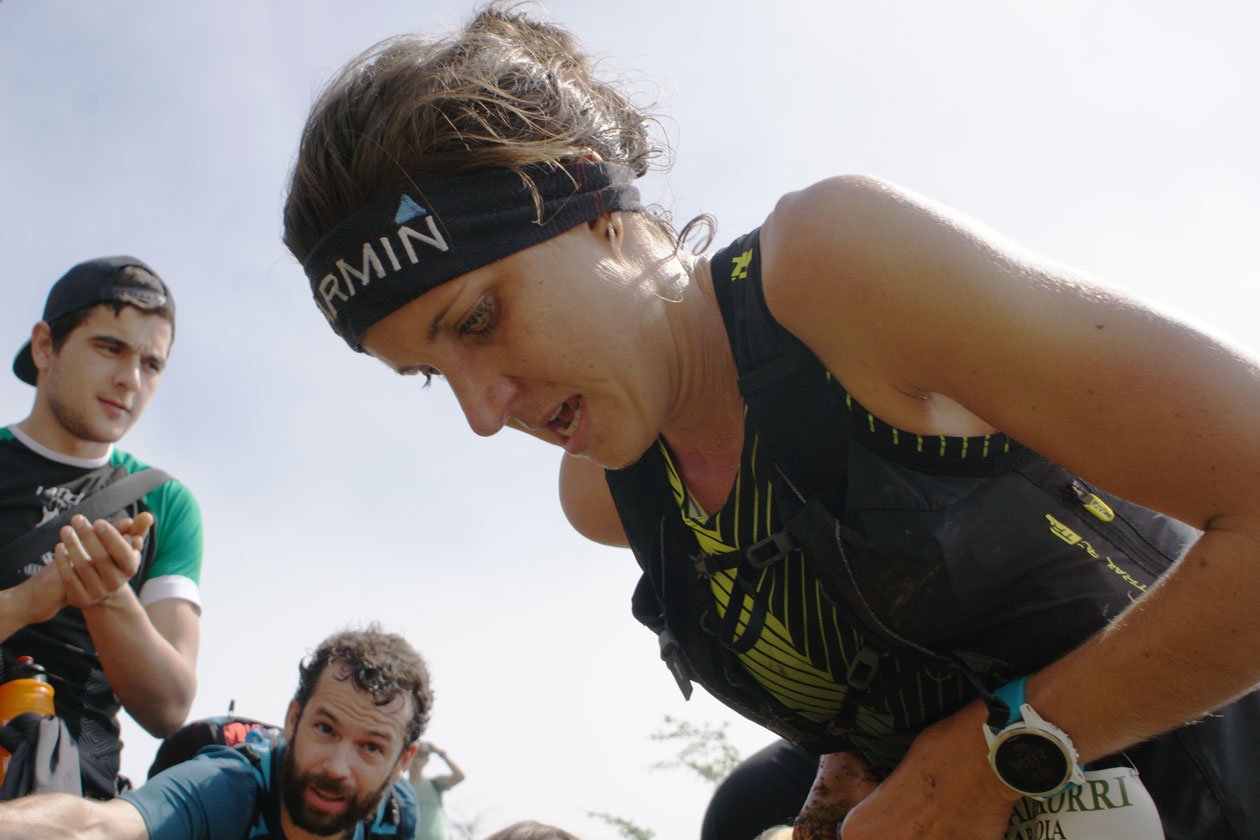 Ruth Croft, third after a tough race in Zegama. ©MRSWS

In third position in in 4h48 was New Zealander Ruth Croft. “My performance was definitely above expectations. It was good I was able to hold on to third because I started cramping at about 22k. I was glad I was able to get to the end and I’m looking forward to Livigno next.”

Local runner and Skyrunning World Champion Maite Maiora still retains the course record she set last year in 4h34’27” but it was not her day and she retired at the Sancti Spiritu half-way point, while Forsberg claimed she was pleased with her seventh position considering she hadn’t had much training so far.

The men’s race was a close affair with Bonnet leading from start to finish, closing in 3h54’. “Winning is obviously always nice but winning in front of Stian [Angermund-Vik] is simply a dream come true!” he exclaimed.

On his heels, Norwegian Stian Angermund-Vik, course record holder and Skyrunning World Champion closed just one minute later. “It was a tough race. I was suffering from the start. I didn’t feel too good but I had a strong finish and I’m very happy about that. The atmosphere here is always amazing. I was almost crying at Sancti Spiritu and to run in the mud was… super fun!. I hope to be back next year.” 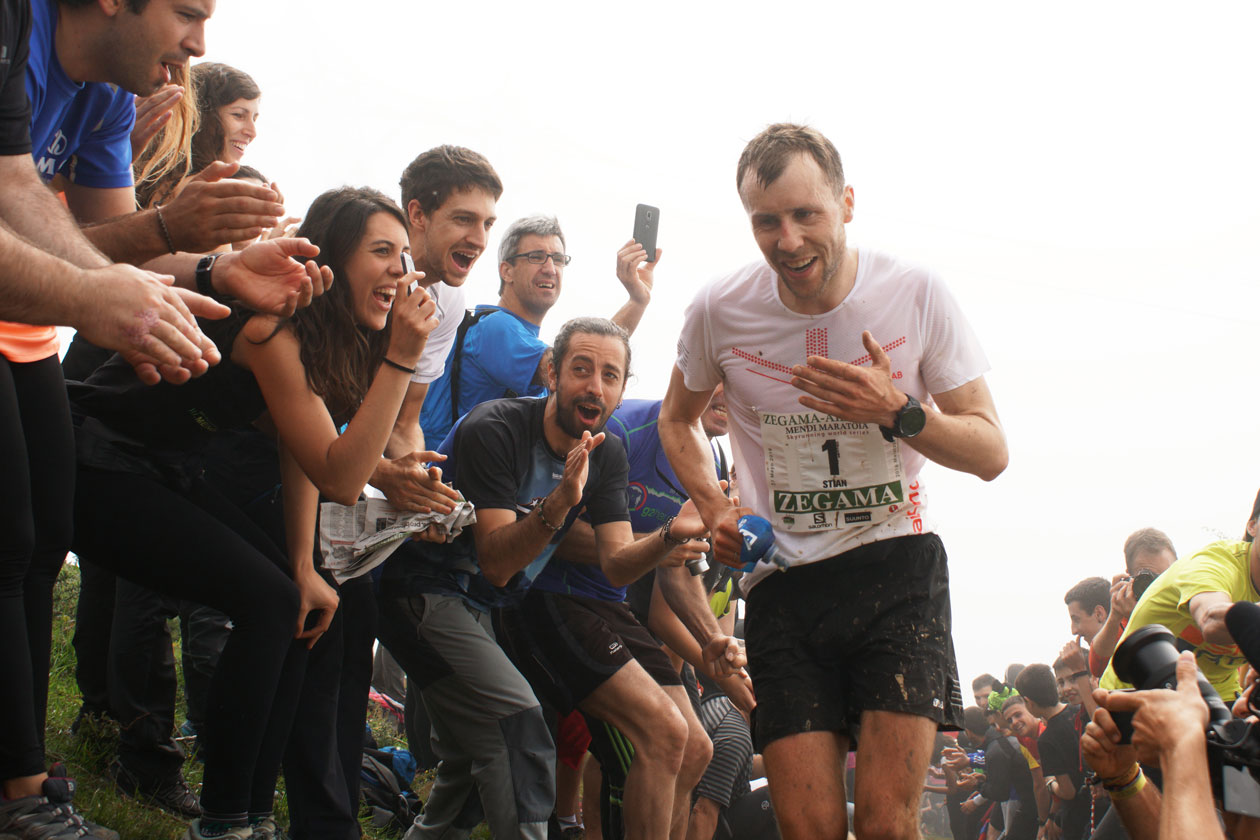 New to the international skyrunning scene was Bartlomiej Przedwojewski from Poland who had held second for most of the race and finally took third just two minutes off the winner. “This was my first mountain marathon. It was hard but I could deal with it because five weeks ago I came here for an extensive reccie so I knew the course and managed my race accordingly.” It looks like we’ll be seeing more of this new talent on the Series. Angermund-Vik’s 2017 record still stands at 3h45’08”.

Every year, since 2002, the small Basque town of Zegama comes to life with the now legendary Zegama-Aizkorri Marathon. On the Skyrunner® World Series since 2004, the 42 km race, with a tough 2,736m vertical climb, attracts a consistently deep field. Part of the challenge lies in the difficult conditions, often a muddy course thanks to the influence of the nearby Atlantic, but the main challenge lies in the extremely tough competition from the world’s top international runners who return year after year to enjoy the enormous enthusiasm and support of the thousands of spectators, applauding and cheering every single one of the 500 participants along the way, making it one of the most popular races on the Series. 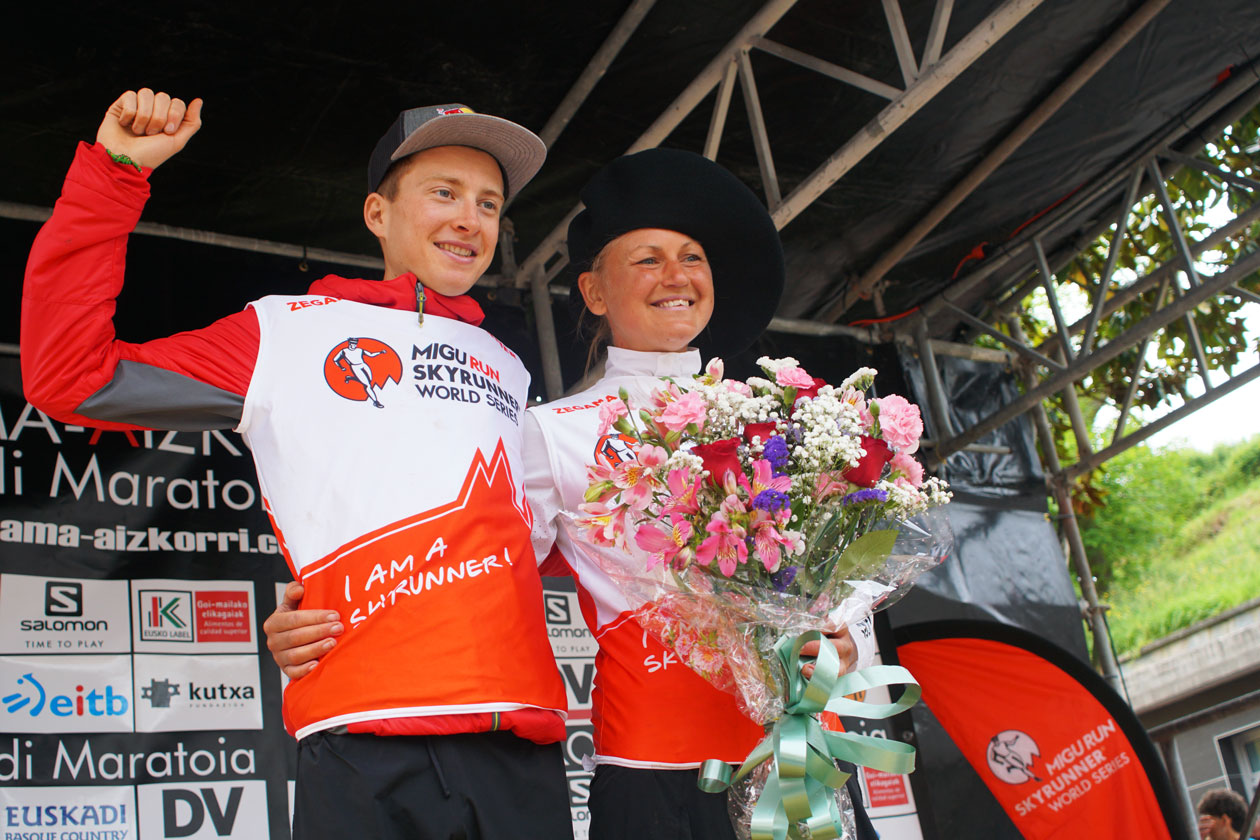 The next race on the 2018 Migu Run Skyrunner® World Series heads for the Ultra SkyMarathon Madeira, Portugal, on June 3  valid for the Sky Extra category, while the next Sky Classic category race will be held at the Livigno SkyMarathon in Italy on June 16. Both races are valid for an extra 50% ranking points in the respective rankings.