It was blue skies and blistering heat in the Spanish Pyrenees today where over 500 international runners took to the skies above Barruera, Vall de Boí, for the sixth race of the 2022 Skyrunner® World Series. The Epic Trail Vall de Boí, part of the Garmin Epic Mountain Festival, delighted fans around the world by putting on a spectacular ridge-running show that was broadcasted live.

The win, in both men’s and women’s fields, went to two incredibly strong Spanish athletes. Oihana Azkorbebeitia of the Basque Country (team Merrell), proved she is not just a runner up – it was finally her time to be crowned the female winner. Over the years, she has consistently stood on SWS podiums around the world, even placing third overall in 2021, but we have never seen her wearing the famous SWS winner’s bib… until today. The full-time vet led the race from the start. Not even a nasty fall close to the finish, which caused a bloody lip, could stop her from claiming a well-earned victory. Azkorbebeitia crossed the finish line with a time a time of 5h 20’ 04”– seven minutes ahead of the second woman.

“I am from the Basque Country where the conditions are similar to here”,explained the female winner. “It was hot and really hard but I felt strong and wanted to win. I fell in the final downhill section but there was no way I would let this stop me. I am just so happy to finally win a Skyrunner World Series race. It was all worth it.”

Second place went to fellow Basque athlete, Sandra Sevillano Guerra(team Millet) who made an amazing comeback after not having competed in a Skyrunner® World Series race since 2019. The women’s podium was closed by Catalan runner Georgina Gabarro Morente (team Merrell) after a long fight with the new overall ranking leader Virginia Perez Mesonero who finished eight minutes behind Gabarro Morente, in fourth. 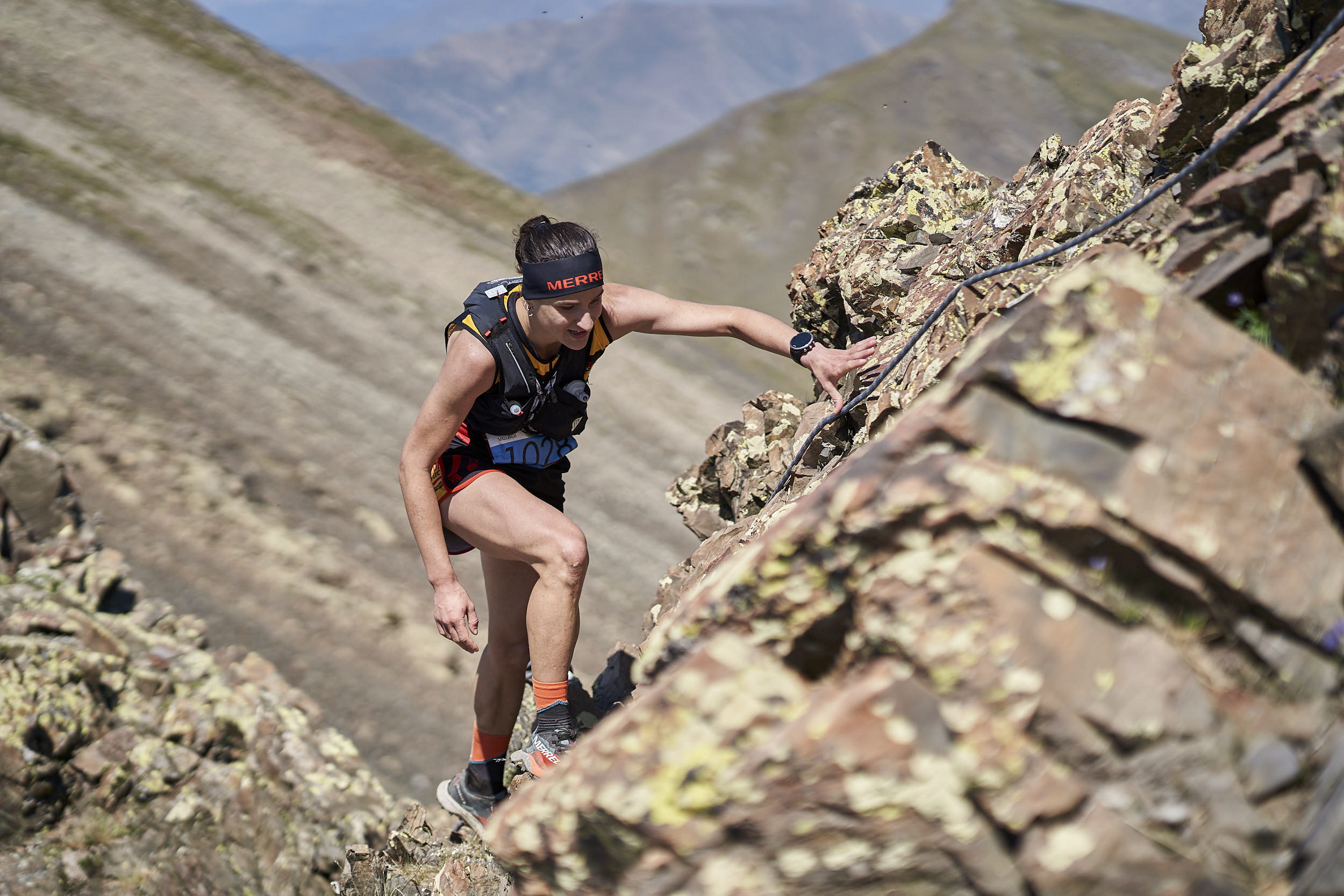 The “dark horse of the day” was awarded to the men’s champion Raul Oritz Cabello at his first Skyrunner® World Series race. The Spanish athlete, who’s race resume includes 2nd place at the Spanish Skyrace Championships 2022 and 6th in the 2021 Skyrunning European Championships, came into the lead at the top of the first climb, 11 kilometers in, and held it until the end, finishing with a winning time of 4h 20’ 19”.

“I am feeling as high down here at the finish line as I was up there on the highest point”, commented the male champion, “This is the first time I have done a Skyrunner World Series race. I was aiming for top five but never imagined I would win. There were no expectations so this makes it feel even better. I am looking forward to the rest of the season and for the final in Gorbeia.” 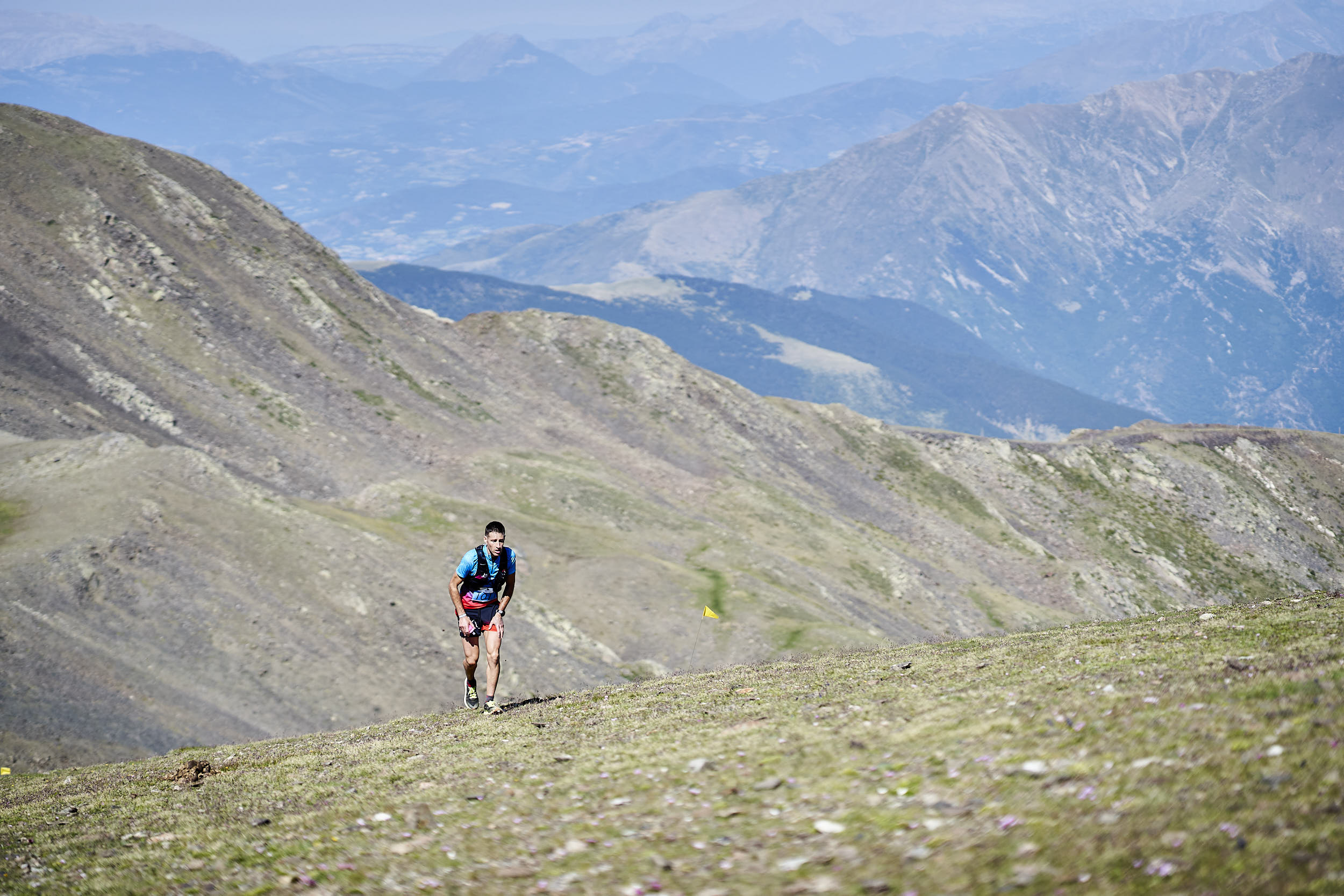 Second place was claimed by Basque runner, Ander Iñarra, (team Merrell) who finished seven minutes behind the winner. Iñarra was named the “downhiller of the day” after climbing from eighth to second place in the final downhill of the course and overtaking Andorra’s Arnau Soldevila in the last 2km before the finish line. Soldevila pulled of a solid performance by remaining in the top five men throughout the race.

The top 10 of today’s race have qualified for the  2022 SkyMasters, hosted by Gorbeia Suzien on the 8th of October in the Basque Country and the top 20 have been awarded points towards the overall season ranking.

The next race of the season is the tier two race, Schlegeis 3000 Skyrace in Austria on the 23rd July.