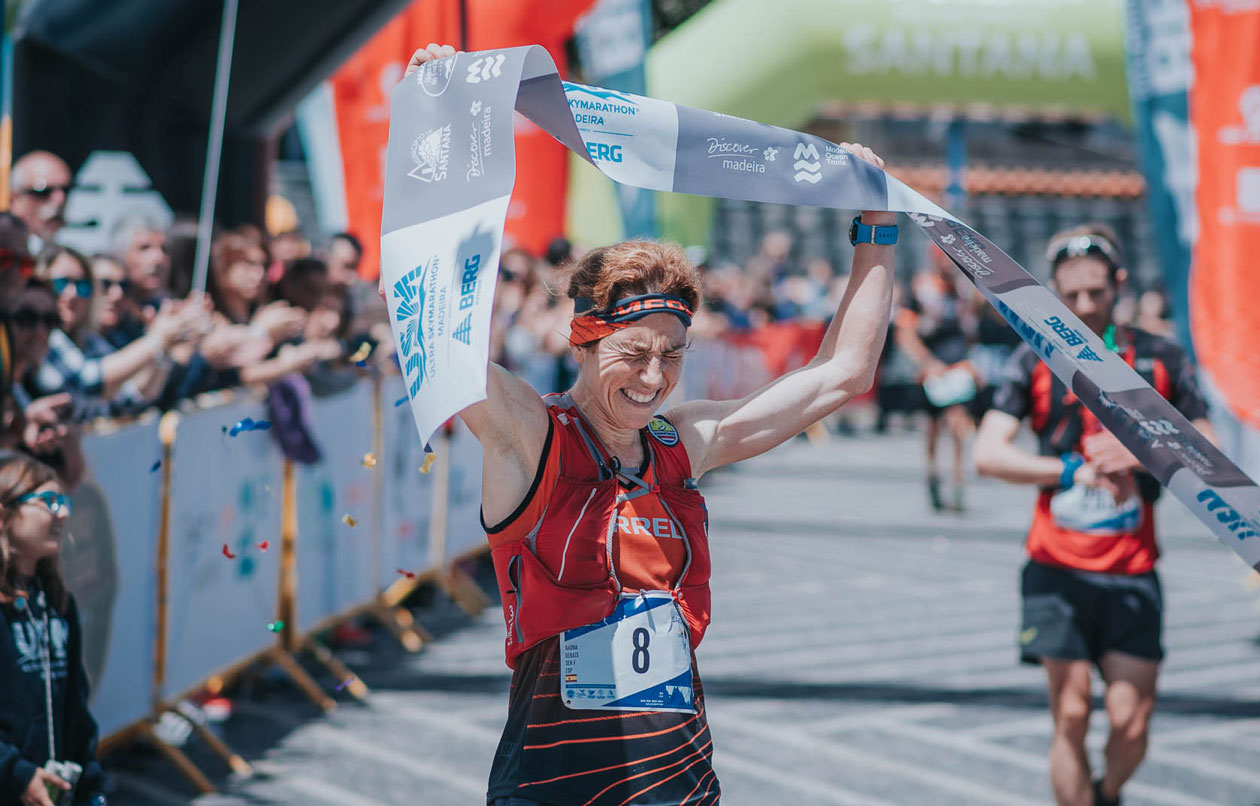 Two hundred runners toed the pre-dawn start line. With an extra kilometre with respect to last year, the 56km course features a challenging 4,100m vertical climb to the highest point of the island at 1,861m with steep slopes and technical stretches that perfectly embody the skyrunning sea-to-sky concept.

The men’s race was uncertain for most of the time, with André Jonsson, Dmitry Mityaev and Jonathan Albon exchanging the lead with Marco De Gasperi, Pau Capell, Pere Aurell and Franco Collé chasing the group. 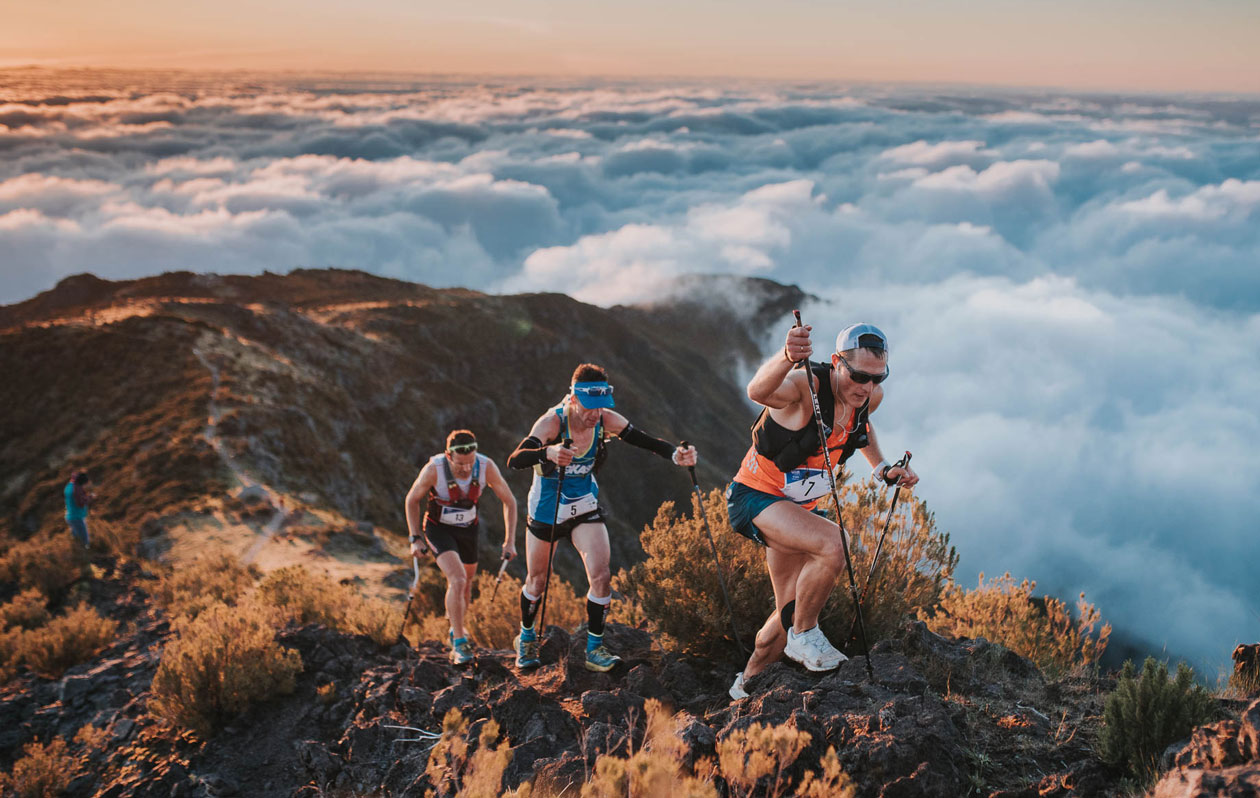 The three leaders finally conquered the podium, with Albon crossing the finish line in 5h47’57”, followed by Sweden’s André Jonsson in 5h54’43” and Russian Dmitry Mityaev just two minutes behind.

“This race is almost designed for me!” commented Albon, 2017 winner. “I feel very comfortable with such varied terrain. I knew the race and was in control of the top guys all the time. Then, in the river, I pushed and took the lead until the finish. I’m very, very pleased to win the first MRSWS race of the season. It’s been a great start!” Albon was 2017 Overall Ranking champion and is aiming for this year’s Sky Extra and Overall Ranking titles.

Jonsson, with the his usual smile, said, “I’m very proud of my race. I started controlling on the first uphill, then had to slow down a bit when Jonathan [Albon] caught me. It was perfect to have him in front on the downhill. After the river, I felt strong again and overtook Marco and Dmitry to finally close second. I’m thrilled!” 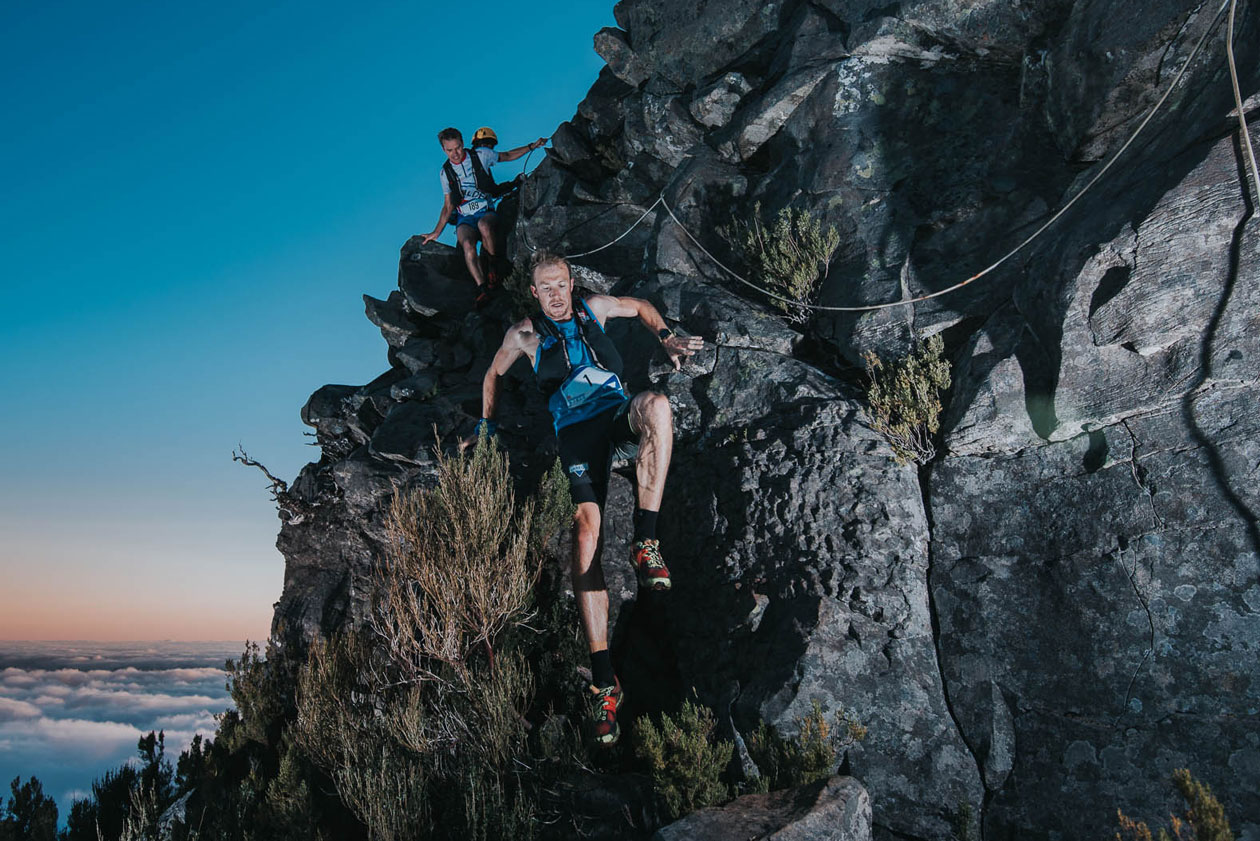 Jonathan Albon on the technical section of the race. ©Paulo Abreu

The ladies’ race had a similar gripping finish. Sweden’s Emelie Forsbeg led for more than half the race and seemed in total control until she was overtaken by Ragna Debats who confirmed her preference for this distance. The flying Dutch woman closed in 6h45’09”, less than a minute ahead of Forsberg who declared “This is a long race for me now and I tried to enjoy every part of this amazing course. I ran with ease with Mira [Rai] and Ragna [Debats] who passed me just before the finish, but I’m happy anyway.”

Debats was equally satisfied with the victory: “The women’s race had a very high level, in fact we all ran together at the beginning. In the second half I started to put more distance between the others and at 10 kilometres before the finish I passed Emelie [Forsberg]. It was a very intense 10 kilometres!” 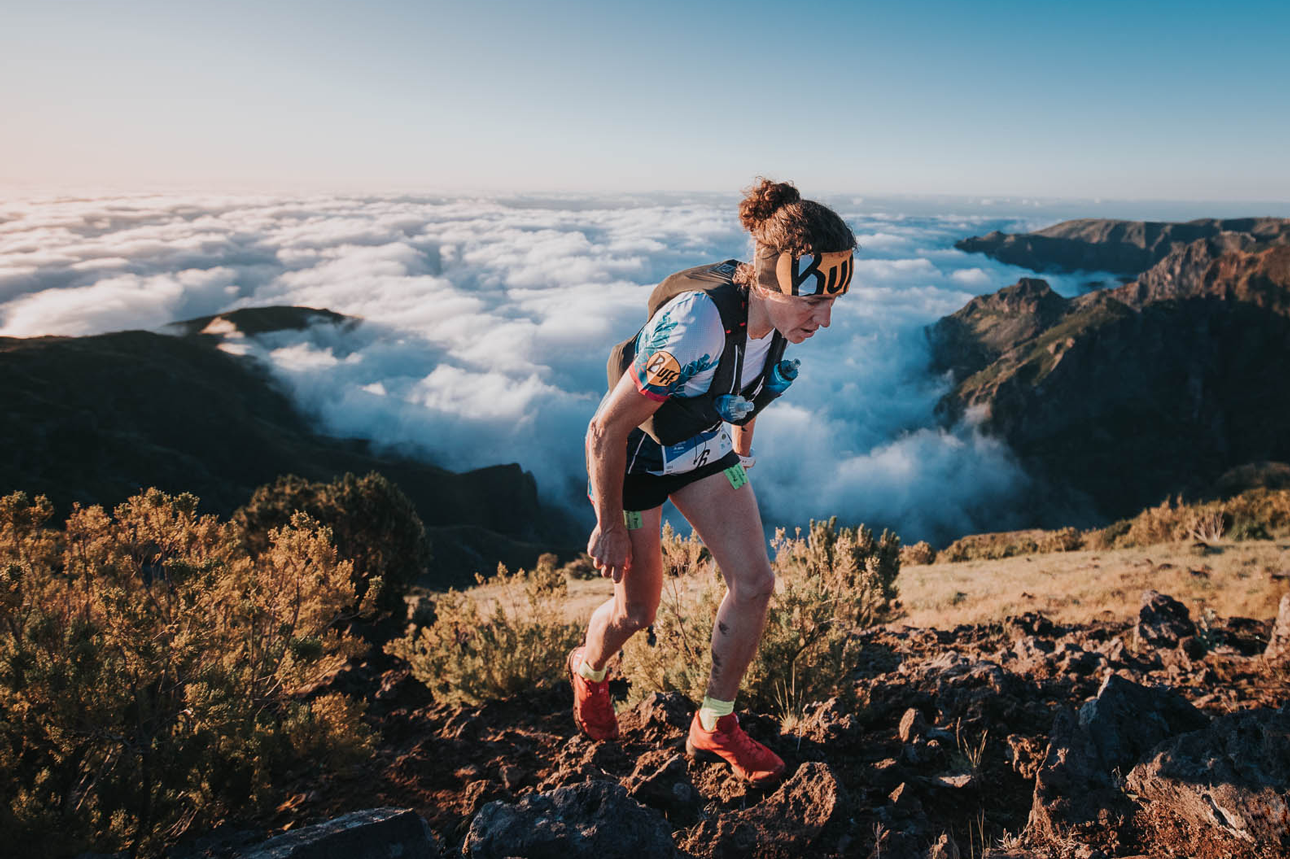 Ultra legend, Spaniard Nuria Picas who placed third in 6h57’25”, commented, “A very special race, technical but runnable, lots of up and down. The island is wonderful and I will come back for sure!”

Launching the season’s Sky Extra category, the ranking is now led by Dmitry Mityaev, followed by Jonathan Albon and Italian Daniel Jung who is also committed to racing for the end of season title.

Leading the women’s Sky Extra ranking is Ragna Debats ahead of Russia’s Ekaterina Mityaeva and newbie on the international circuit, Brittany Peterson from the USA, fourth in Transvulcania, a new face on the Series with already a lot of talent to show for it.

June 16 is the date for the next Migu Run Skyrunner® World Series, second race on the Sky Classic calendar, with the Livigno SkyMarathon, also valid for an extra 50% bonus points, while the Sky Extra category continues with the High Trail Vanoise in Val d’Isère on July 7.