You may not know Alexis Berg by name, but anyone who is into mountain running will be familiar with his work. Alexis Berg is one of the most iconic mountain running photographers of all time. Rather than simply tell a story, Alexis’ photographs transport us to a moment where we become a part of the action. His mesmerising and raw images of landscapes and athletes have the ability to put us, the viewers, in the runner’s shoes. 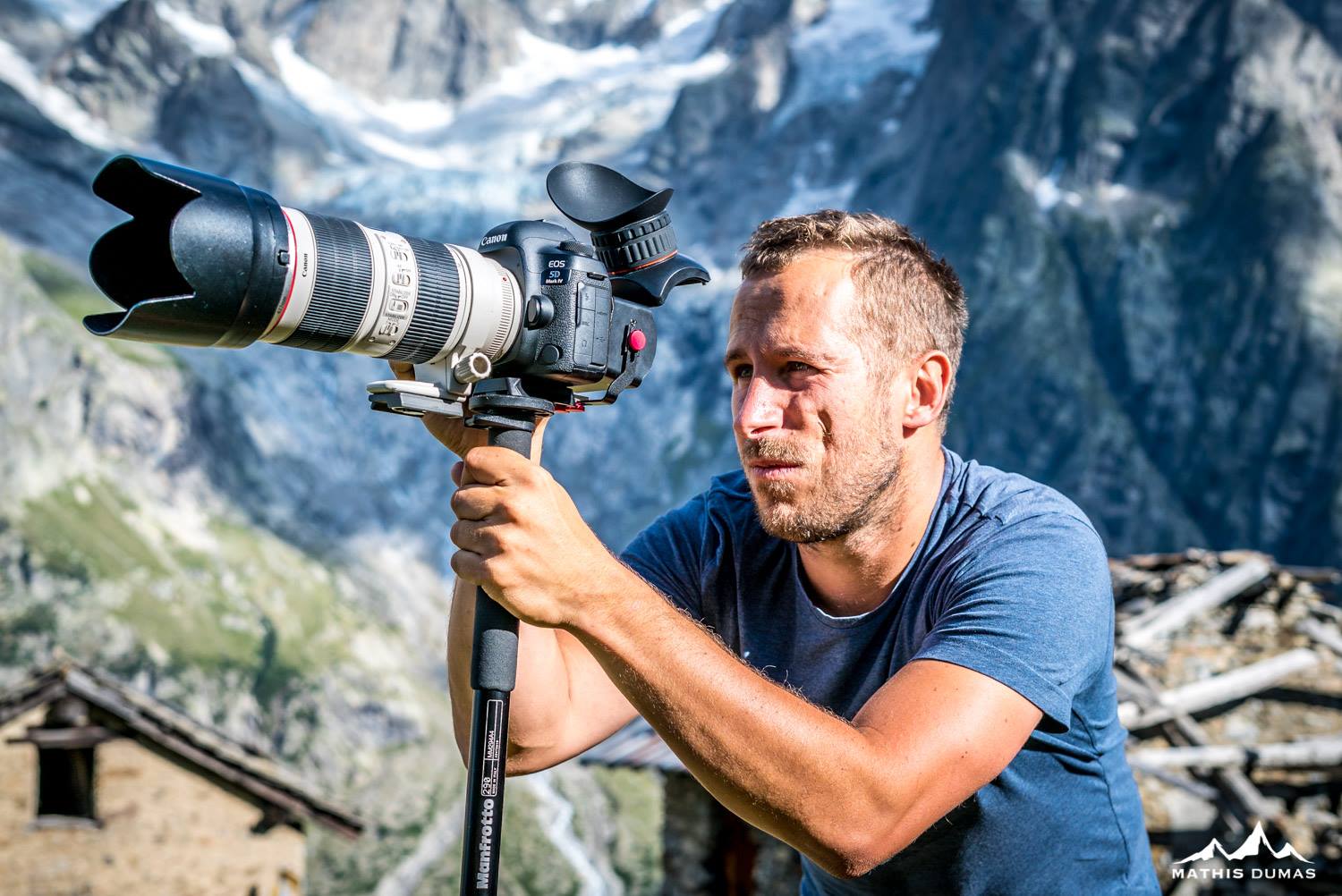 Having worked with many of the top names in mountain running and his work appearing in the most prestigious magazines in the world, including Natural Geographic and The Guardian, Alexis now joins the 2019 Migu Run Skyrunning World Series to capture the pain, joy, struggle and excitement of the four SuperSky Races of the calendar.

Before the French photographer begins his location scouting on the legendary Transvulcania Ultramarathon course, we took a moment to find out where it all began for Alexis’ Berg and what makes the sport of skyrunning so captivating from a photographer’s point of view.

“I got into mountain running photography a bit by chance”, says Alexis, whose first memorable experience with photography was at the world-famous Diagonale des Fous – a gruelling 162 km ultra-marathon that crosses the volcanic island of Reunion. “My brother was participating so I tried to take a few pictures.” Unaware of who he was photographing, Alexis shot two runners in the middle of the night, a photograph which turned out to be “quite special in retrospect”. The athletes Alexis captured together on that night just so happened to be François d’Haene and Kilian Jornet – two of the best ultra and mountain runners of all time. 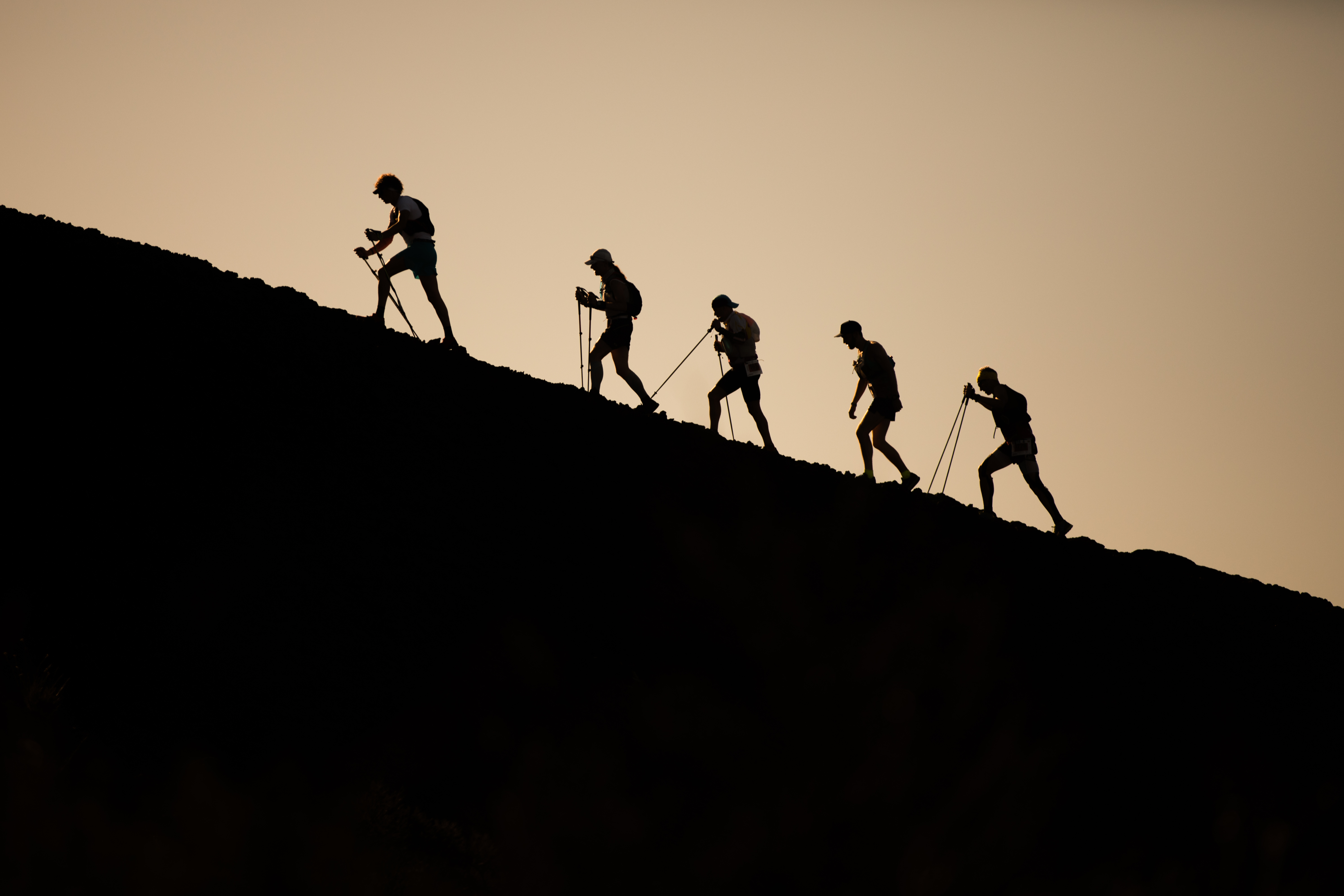 Having never taken any lessons or classes in photography, it is Alexis’ natural talent and philosophy that makes him unique. Not always out to capture the “perfect” picture, he explains that his photographs don’t always need to tell a story. “Some images are simpler than that. They are simply memories of a given moment, the outline of an emotion. A good picture is quickly understood and can be looked at for a long time.”

Alexis has covered running events all over the world but for the world-class photographer, skyrunning is different. For him, setting is everything and it is the altitude, speed and intensity of skyrunning that makes these races the “most impressive” for the photographer. “By definition, Skyrunning is literally above. The highest path, the ridges at the top where the vantage point is the most impressive. When I think of skyrunning, I think of intense, animated races. There is the beauty of speed and elevation. Runners become tightrope walkers above the crater.”

When asked what makes the perfect skyrunning photo, Alexis explains that it comes down to vertigo, harmony and light. “A natural running movement against a breath-taking scenery – that’s skyrunning! Light is the fundamental of photography. The light of sunrise is the most magnificent. But I also like cloudy and misty skies. Ridges are the ideal setting as they isolate the movement of the runners. Often, a good picture is easy to read yet abstract enough to allow the person who looks at it to imagine themselves in the center of the action.” 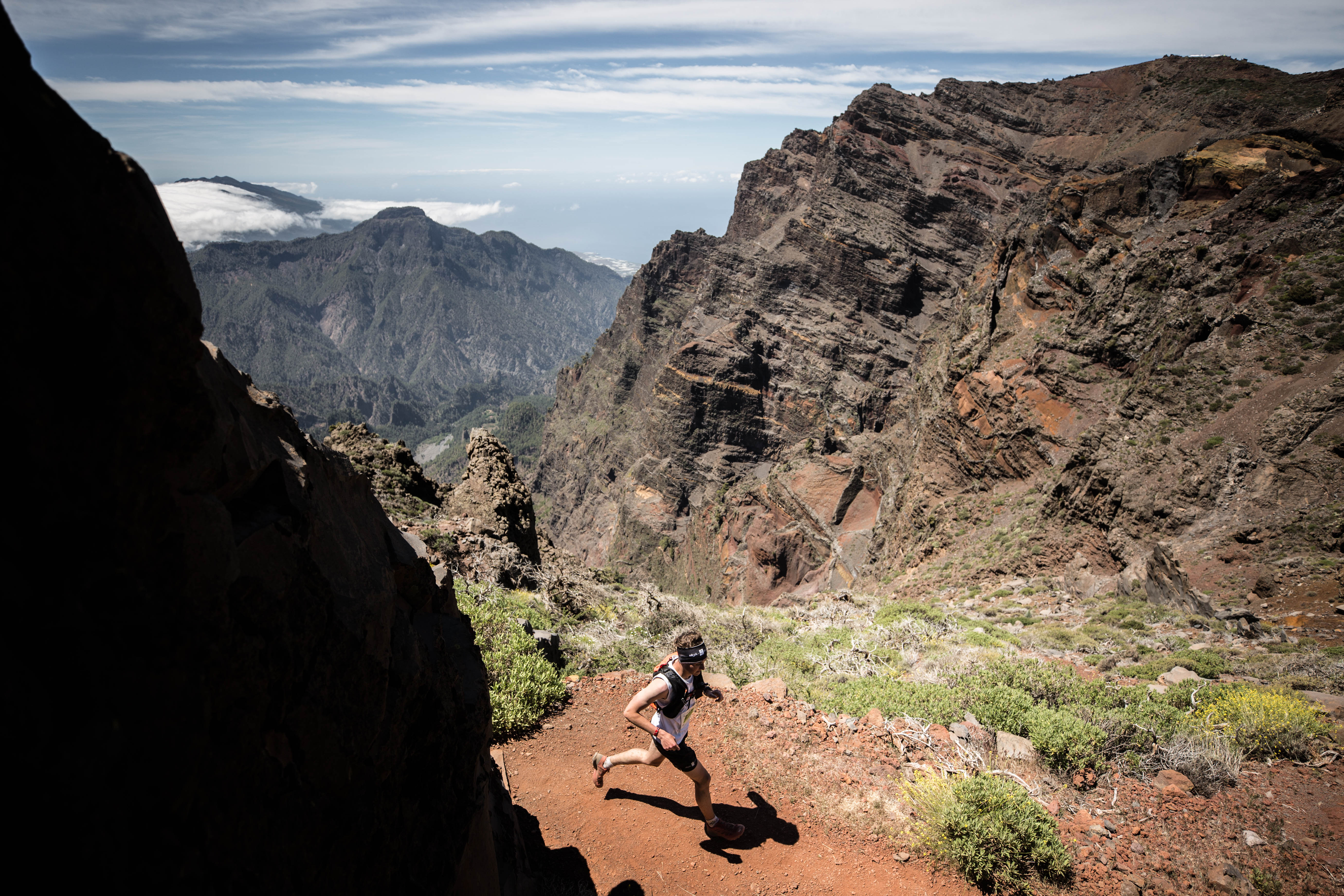 Alexis will join the Skyrunner World Series with his first official race being the Transvulcania Ultramarathon. It is the true logic of the Sky Race at Transvulcania, the harmony between the race and the locals and the fierce competition of the skyrunners that make it a memorable event for Alexis and a pleasure to return to. Just like the athletes who participate in the race, shooting such an event requires preparation. Before the race, Alexis studies the map carefully to ensure he’s at the right place at the right time. “I visualise the course and its profile, I calculate the split times, the vantage points, the position of the sun. I gather all these parameters, but it also comes down to instinct and inspiration on D-Day. Sometimes, I feel I am at the wrong place and that I am wasting my time. But if a location inspires me, then I can stay for a long time, until I get the shots I’m looking for.”

After the Transvulcania Ultramarathon, Alexis will continue to follow the series and athletes at Livigno Skymarathon, Buff epic Trail 42k and Matterhorn Ultraks Extreme, before ending the season at the Skymasters in Limone, where he will witness, for the first time in history, the crowning of the best skyrunner in the world. Alexis admits, he’s not very good at forecasts, especially in skyrunning where there is a depth of talents. Although he tries to observe everyone with a neutral look, he believes the younger generation incarnated by Sheila Avilés Castaño and Peter Engdahl are the ones to watch this year.

To see how Alexis’ brings the sport of skyrunning to life through his work, stay tuned to Migu Run Skyrunner World Series, starting with the Transvulcania Ultramarathon on May 11th 2019.