EXTREME PERFORMANCES FROM BOFFELLI AND KRÖLL IN ZERMATT

The Matterhorn Ultraks «EXTREME» : a highlight of the Skyrunner World Series calendar and, once again, we were reminded why. The sixth race of the 2021 circuit included a stacked field of skyrunning’s finest and many standout performances. The 2020 champion William Boffelli returned, smashing his previous course record out of the park and dark horse, Stephanie Kröll, claimed the female title taking home her second win of the season. 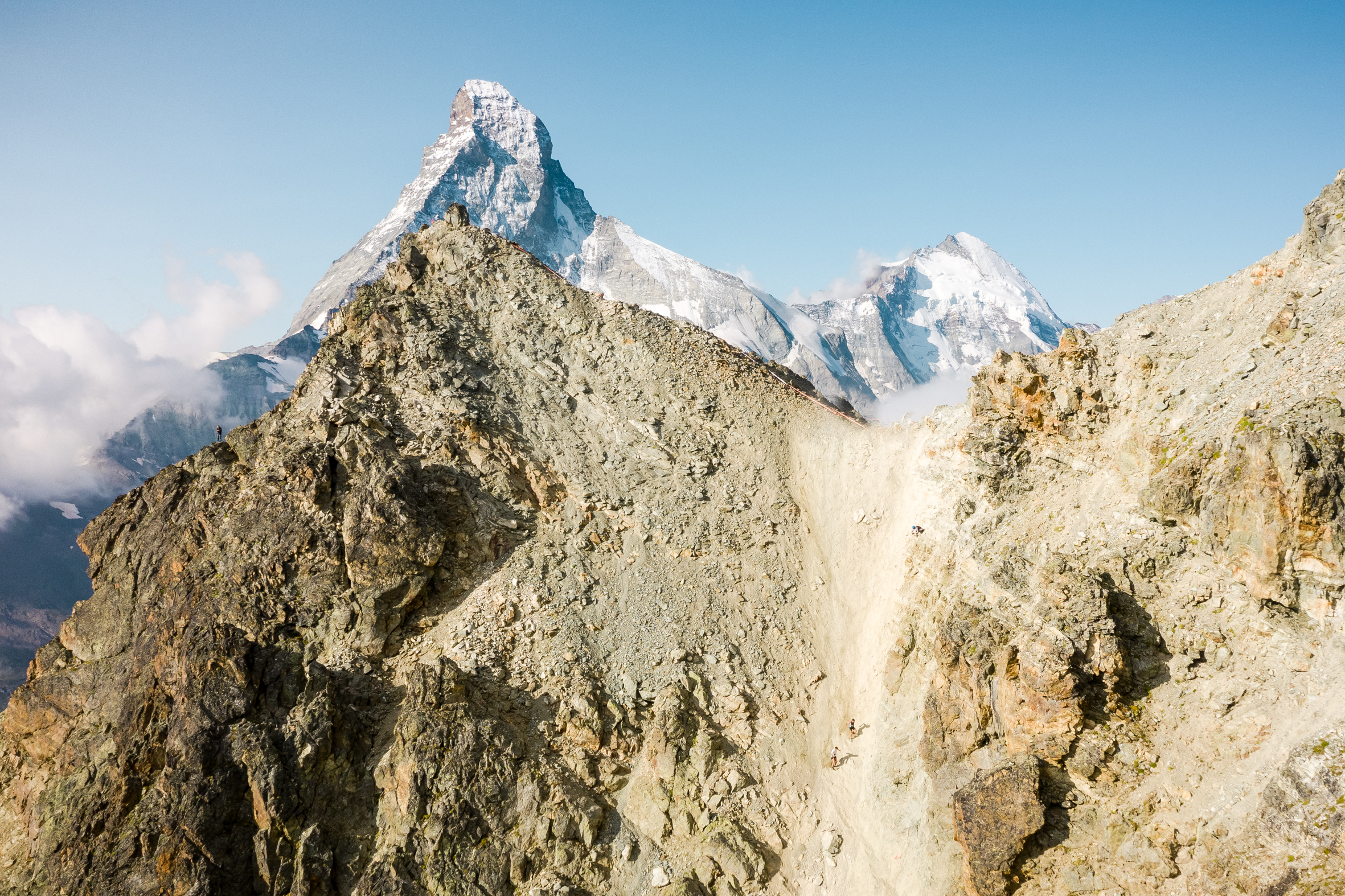 All eyes were on the 2020 champion, William Boffelli (team Hoka Crazy). The Italian athlete came to defend his title and turned the pressure to his advantage. “After a first participation with nothing at stake, I ran today with big expectations, on my side as well as on the audience’s. The pace has been intense since the beginning.” But it was no easy win for Boffelli. After two fourth place finishes, local hero, Martin Anthamatten, was hungry for the podium and stayed on Boffelli’s heels for the duration of the race. “Martin [Anthamatten] was after me“, says Boffelli. “He was exceptionally fit, and seeing him so close encouraged me to give everything. I only outran him in the last descent.” In the end, William Boffelli sets a new record in 3h14’39’’, almost eight minutes faster than his previous time.

A child of the region, Martin Anthamatten (team Adidas Terrex) deservingly wins silver with a time of 3h16’05’’, ten minutes ahead of current Skyrunner World Series 2021 overall ranking leader, Christian Mathys (team Biel Athletics) from Biel. He returns to Zermatt after a first podium in 2019 and three victories during this season of the Skyrunner World Series. Christian Mathys explains: “Two years ago, we were discovering a new path, which nobody had ran until then ; today, we started the race with more confidence and the route was more obvious.” Christian Mathys takes the third place with a time of 3h27’08’’, three minutes faster than last time.

In the women’s race, Stephanie Kröll from Austria makes a lasting impression! Holding, as of today, the second place in the Skyrunner World Series 2021, she wins in Zermatt in 4h05’54’’. “When I saw photos of the «EXTREME»,  I instantly knew I had to come. And I wasn’t disappointed: it’s hard, it’s technical, you fall, you get back up, you give everything. Pure skyrunning. Awesome.” Dealing with the altitude has been her main challenge, unlike her runner-up Hillary Gerardi (team Black Diamond).

The American athlete, already accustomed to the altitude, wraps up the race in 4h10’54’’ and finishes second. “It was a real pleasure”, says Gerardi. This is the third silver medal for Hillary Gerardi, who challenged Stephanie Kröll up to Trift. “An ankle injury forced me to take a break” she confesses. In spite of this hazard, she improves her previous time by fourteen minutes!

Last but not least, Iris Pessey (team Scott) from France takes the third place of the women’s podium in 4h27’23’’. She describes the « EXTREME » as “a race out of the ordinary”,  and can’t wait to come back in 2022 for the 10th edition of the Matterhorn Ultraks.

And the crowd goes wild as the local hero wins his

That winning feeling – she knows it well! 👸🏽