Gorbeia Suzien puts on a stellar show for the 2022 SkyMasters. Nico Molina of Spain and Noemie Vachon of France win the SkyMasters race with Molina taking home the overall season champion title together with Lindsay Webster of Canada.

The 2022 Skyrunner World Series, sponsored by Merrell, began with Skyrace des Matheysins in France in May before visiting 13 races in 11 countries. In true Skyrunner World Series style, the entire season came down to the final race – the SkyMasters, which this year, was held in Zeanuri, Spain, where both male and female champions would be determined at the finish line. Those not competing for the overall title would go head-to-head to be the 2022 SkyMasters winner.

The SkyMasters race with 33km and 2,500 meters of elevation, featured a brand new section that climbed to the summit of Lekanda. Although usually bright and sunny in the Basque Country, the morning was wet and foggy – adding an extra “technical” element to the race.

Molina Hunts Down the Win

Not only the people of the Basque Country, but also those watching the live broadcasting of the race all around the world, witnessed Spain’s Nico Molino (team La Sportiva) round off a solid season, which included three podiums at Pirin Extreme, Matterhorn Ultraks Extreme and Skyrace Comapedrosa, with the all-important SkyMasters win. His victory knocked Damien Humbert off the top spot of the overall leaderboard and it was Molina who slipped on both the SkyMasters Winner’s bib and the Overall Season Champion bib today.

Molina’s win did not go unchallenged. Kenyan runner, Bernard Cheruiyot (team Merrell), who earned his place as a Wild Card, led the race followed by a group including Molina and Damien Humbert of France, who were sitting first and second in the overall ranking, therefore fighting for the top spot.

Cheruiyot, who is fairly new to skyrunning, was able to hold his lead until the final descent where bothMolina and Loic Robert of France (team Wise) overtook. Molina crossed the finish line with a winning time of 3h08’26”, followed by Robert in second, five minutes behind. Cheruiyot closed the podium six minutes behind Molina. Humbert finished in fourth place, the same as in the previous year, putting him second in the overall ranking. Basque runner, Ander Iñarra (team Merrell), finished fifth placing him third in the overall ranking.

Vachon is the Dark Horse of the Day

The women’s race was even more exciting than the men’s. All eyes were on the overall ranking leaders: local athlete, Oihana Azkorbebeitia (team Merrell); Iris Pessey of France (team Scott Running); andLindsay Webster of Canada (team Craft), therefore no one expected it when “dark horse” Noemie Vachon of France slipped into first place on the final descent and crossed the finish line as the 2022 SkyMasters champion. With only one world series race under her belt (2022 Louzanskyrace) she entered fairly unknown and left a winner with a time of 3h49’37”. Onditz Iturbe of the Basque Country (team Basque Selection) finished in second place just 16 seconds behind Vachon after an exciting battle withMarcela Vasinova of the Czech Republic. 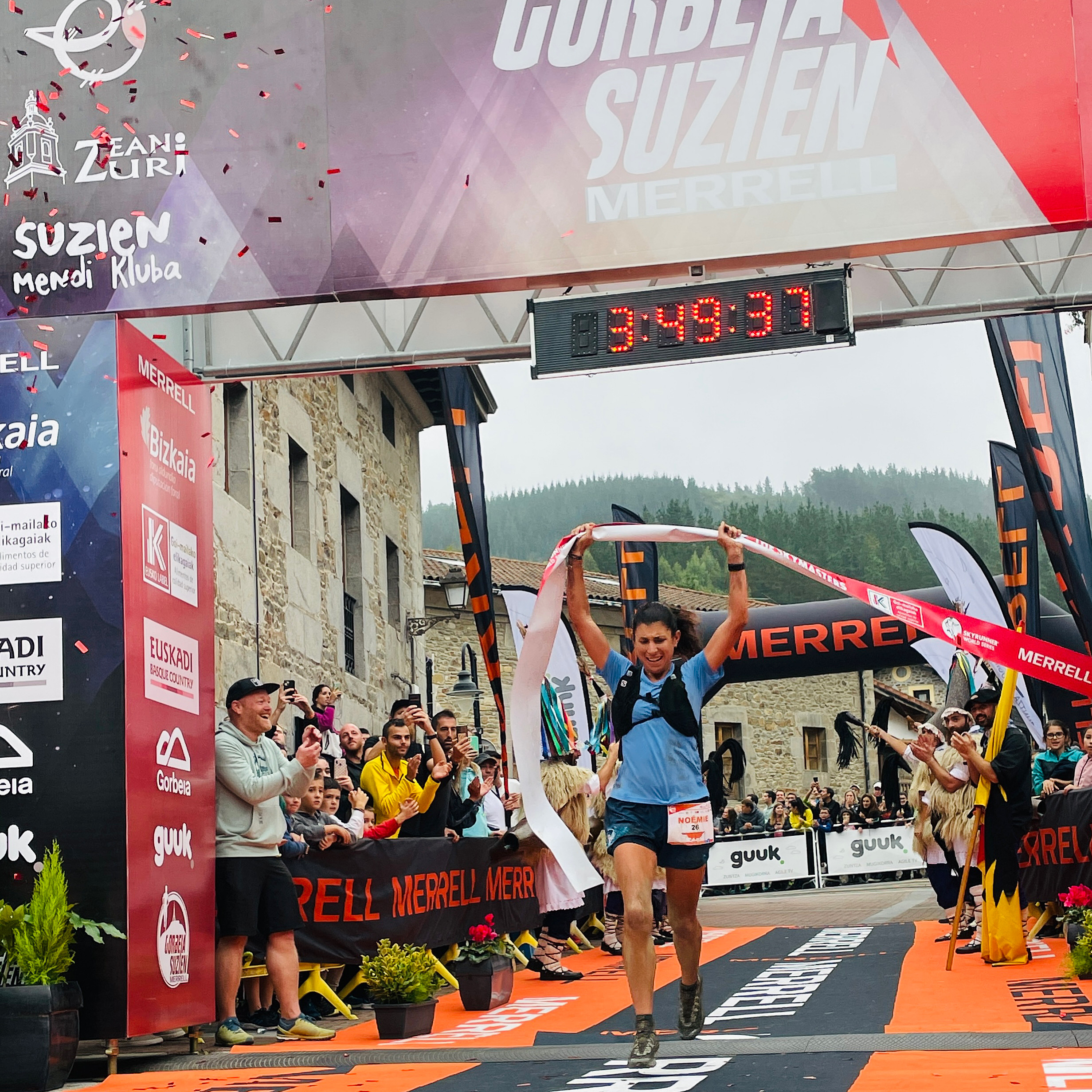 In third place was Lindsay Webster of Canada, who’s podium position secured her overall title win – an impressive season for the newcomer who shed tears of joy at the finish line after being told she was the 2022 female overall champion. Azkorbebeitia finished eighth, placing her second in the overall ranking and Maite Maiora of Spain (team Raidlight) third.

Gorbeia Suzien closes the 2022 season. The Skyrunner World Series calendar for 2023 will be announced in the coming weeks.