Grigne SkyMarathon makes an epic return as top skyrunners battle it out for the title just seconds away from the finish line. Daniel Antonioli of Italy and Hillary Gerardi of the USA, both team Scarpa, come out victorious at wet and stormy 9th stage of the 2021 Skyrunner World Series. 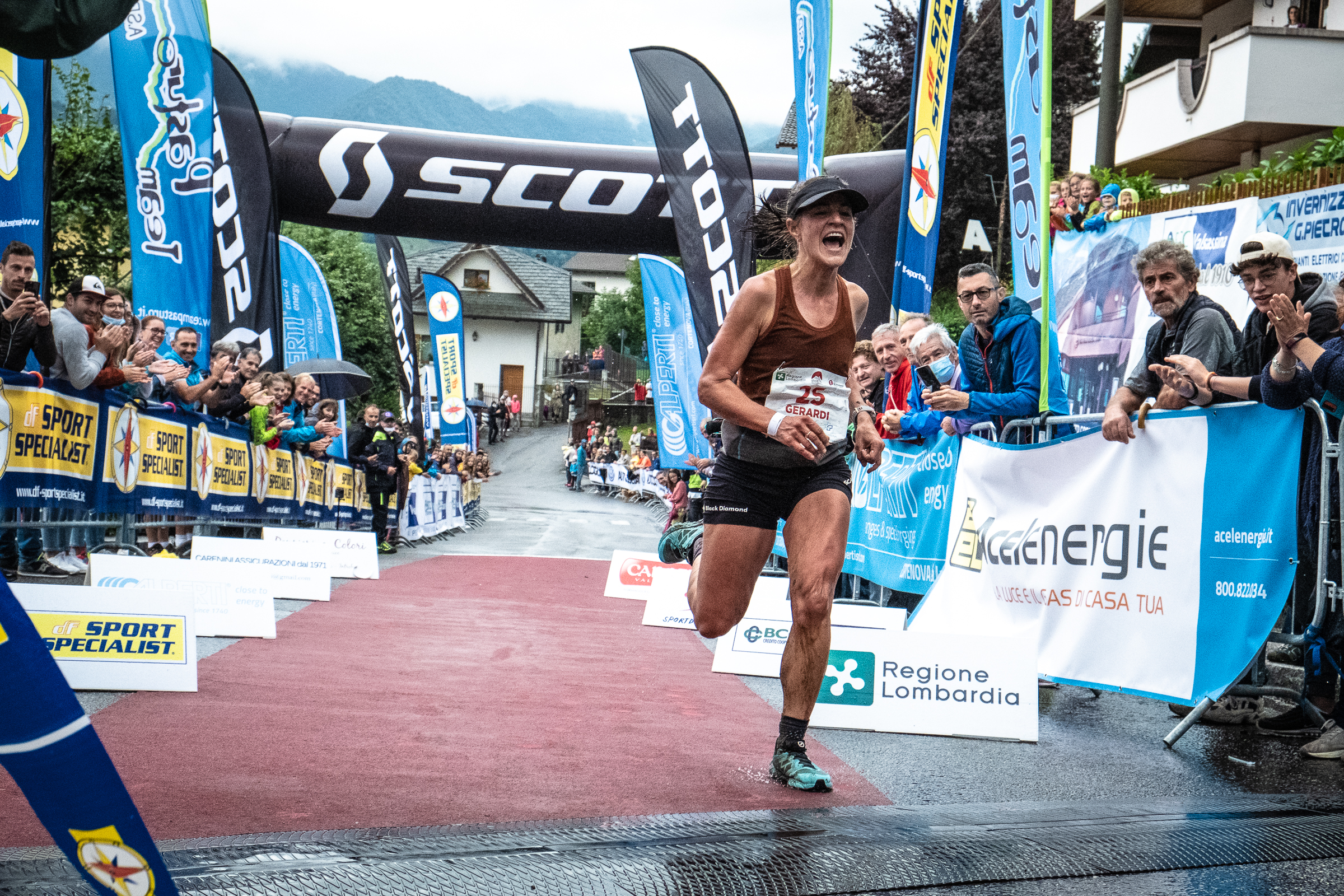 Due to heavy rain, low clouds and poor visibility at high altitude, the mythical Grigne SkyMarathon route with 42 km and 3,900 m vertical gain was staged on the classic “Scaccabarozzi half” instead: 23km with 1,900 m, missing out the Southern Grigna summit at 2,410 m.

The men’s race ended in an exciting sprint off between two Italians, Daniel Antonioli (team Scarpa) and Cristian Minoggio (Team Autocogliati). Antonioli, who had the added motivation to honor the memory of friend and local runner Davide Invernizzi, achieved his mission by digging as deep as possible just seconds before the end. The Italian crossed the finish line first with a time of 1h58’04” – just three seconds ahead of Minoggio in second place.

“The race was very close and I wasn’t sure if I would be able to make it at some points. But I was so determined today and wasn’t going to give up. I pushed as hard as I could to win this not just for me but for the people of Pasturo and Davide.”, said the male champion. 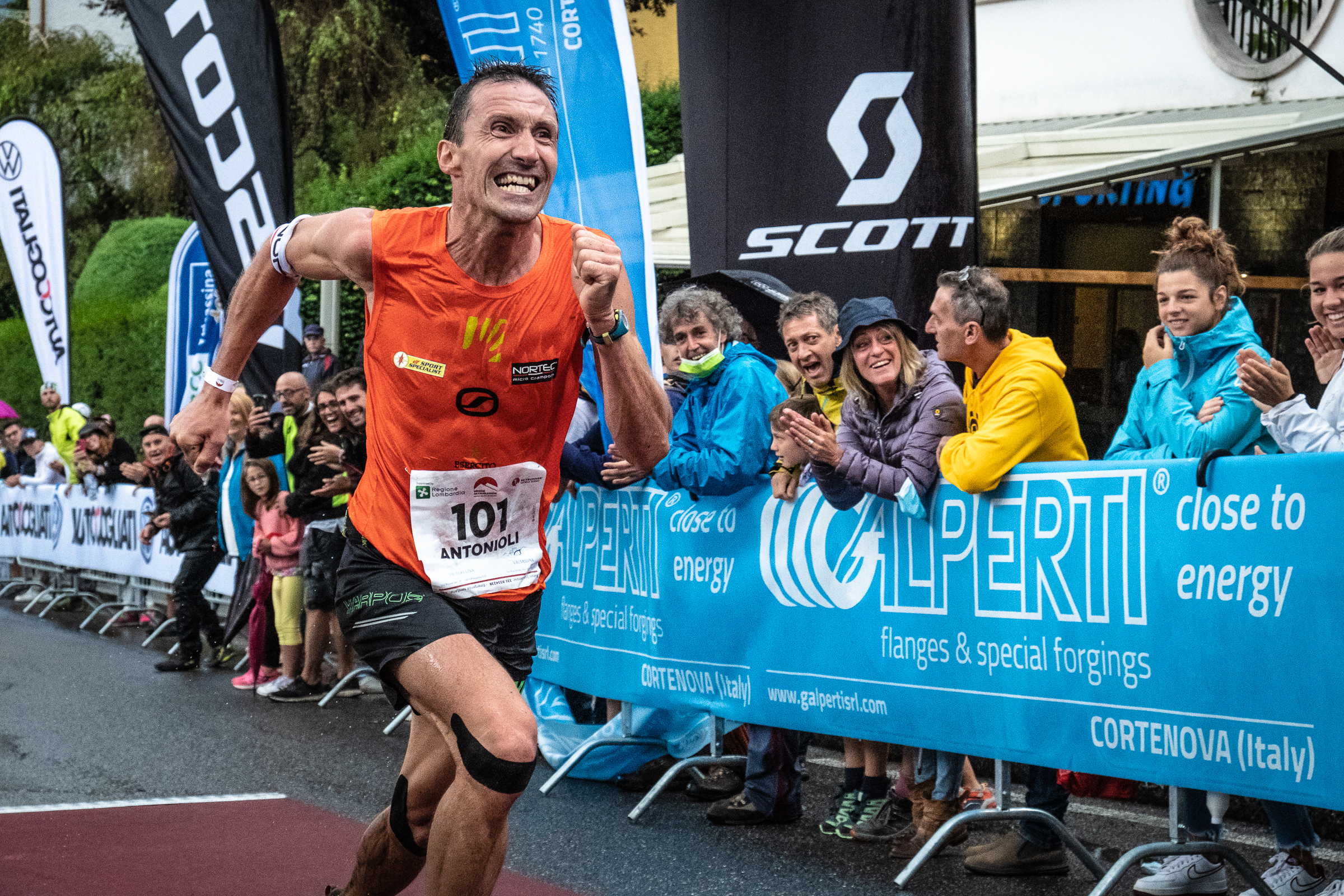 American Hilary Gerardi (team Scarpa / Black Diamond) gave not the slightest hint of doubt to her opponents. Gerardi, who admittedly wasn’t sure if she would race in Pasturo today due to the weather, made the right choice and put on an incredibly strong performance, taking the lead from start to finish.

“Since 2019 I have wanted to come here and do this race. My strengths suit longer and more technical courses so when I heard the route had been changed due to bad weather, I really wasn’t sure how I would perform. It’s been a great day though and the spirits and energy of the people of Pasturo make this race special.”, said Gerardi.

The previous Skyrunner World Series Extreme category winner, made the gap on the higher, more technical sections and pushed even harder on the downhill, finishing with a time of 2h24’27″, six minutes ahead of Basque athlete Ohiana Azkorbebeita of team Merrell in second and seven minutes ahead of emerging Italian athlete Fabiola Conti of Team Autocogliati. Fourth place went to “local” Francesca Rusconi (Team Pasturo), while the German Rosanna Buchauer (Team Dynafit) placed fifth.

Next up the series travels to the Basque Country for Gorbeia Suzien for the 10th race of the 2021 season on the 26th of September.

We are proud to once again present the champions o