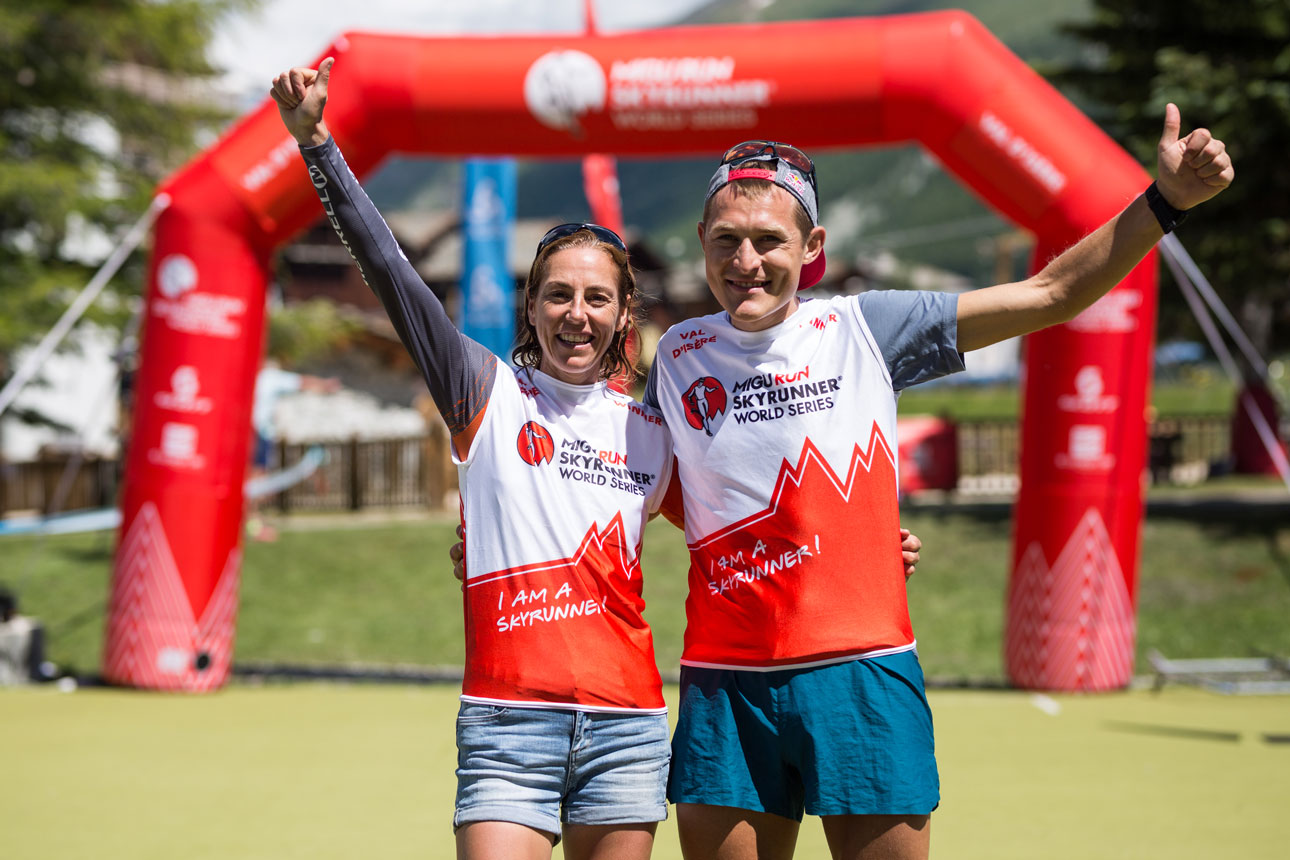 Russian Dmitry Mityaev finally fulfilled his dream to win a skyrunning race. After many top places over the years, today he not only came out on top, but left a 20’ gap to the second man in the High Trail Vanoise, third stage of the Migu Run Skyrunner® World Series in Val d’Isère, France today.

The women’s winner was Ragna Debats from the Netherlands, bettering her 2017 second place.

Five hundred runners from 23 countries toed the start line, considered one of the most technically challenging races in France. The 68km course climbs over snowfields and glacier to the summit of the Grande Motte at 3,653m and touches on the Col de Iseran at 2,764m. 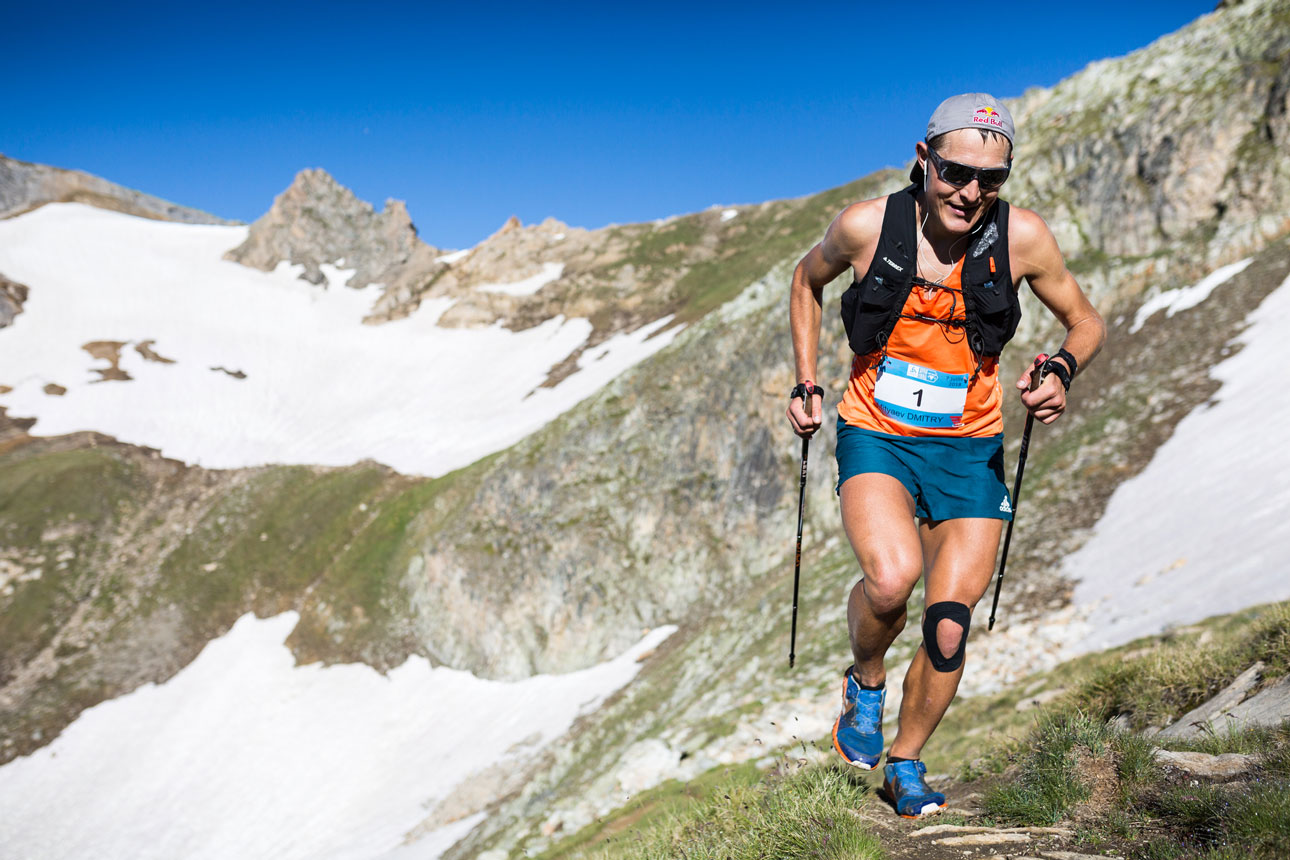 It was a family affair for the Mityaev couple, Dmitry and Ekaterina, both top ranked skyrunners, who placed first and third respectively.  “I love Val d’Isère!” exclaimed Mityaev. “I came here with my wife to train one week before the race and it paid off. This time my knee did not blow up like in Transvulcania and Madeira so I could keep the lead. I love skyrunning and I’m psyched I can finally win a race!” 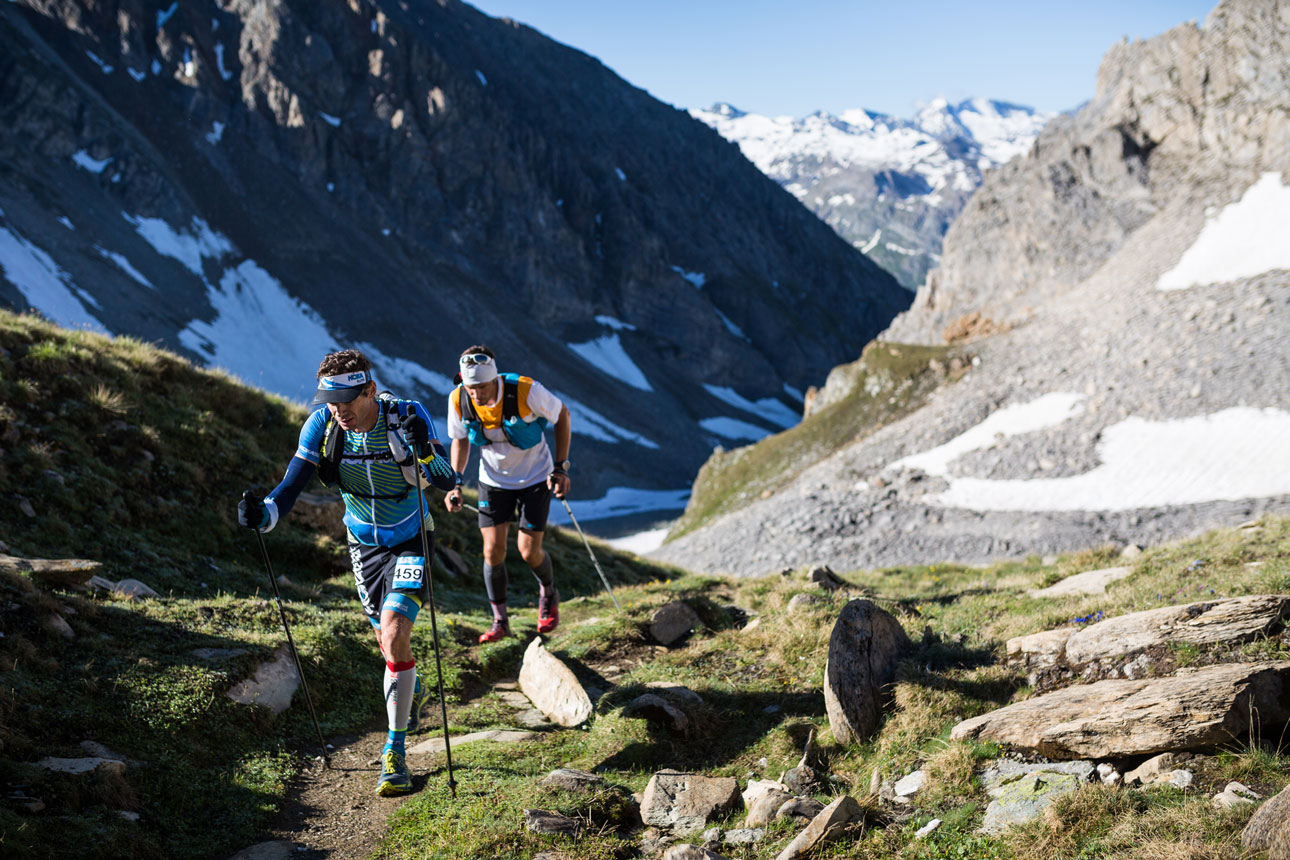 The men’s second place was a tie between Frenchmen Christophe Perrillat and Ludovic Pommeret. Perrillat stated, “When we met on the course I knew I could learn a lot from Ludovic and I knew that if I could stay with him I could get a great result.”

Pommeret added, “I hadn’t planned to run with Christophe. Actually I didn’t even know him! After the first downhill we stayed together and decided to finish together before the last downhill. Skyrunning is great, but at my age, technical and high elevation courses are becoming too difficult. Next stop, holidays!

Italian Franco Collé actually had time for a nap along the course before finishing an excellent fourth. “At one point I was dead, so I stopped and slept for ten minutes. I wanted to quit but then decided to finish. Now what do I really want? A cheese raclette!” 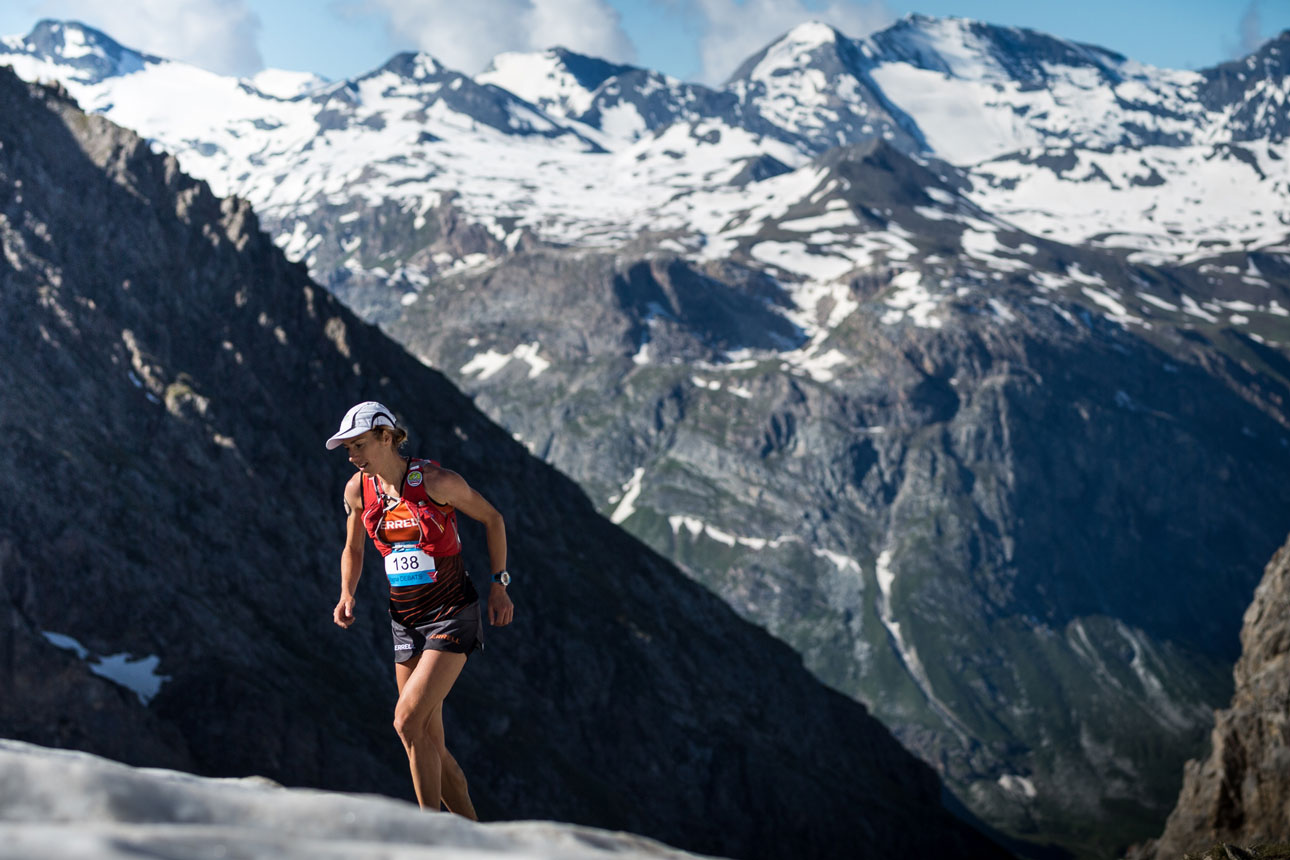 Debats, after a highly successful 2017 topping the rankings, stated, “After finishing second last year I wanted to come back for the win. I prepared hard in the Pyrenees. It’s a very difficult race. I started fast and was able to keep the lead all the way. It’s the kind of race that I really like: technical and altitude – what we like about skyrunning!”

Sweden’s Sanna El Kott placed second. “We do a lot of adventure races so the time is not too long for me. The elevation was tough though but the view of the mountains pushed me. I expected to see Lina behind me but this time I was faster.” Lina El Kott, her twin sister, after placing third in the Face de Bellevarde Vertical Kilometer® yesterday, was fourth. Both twins, new to skyrunning, are fast climbing the rankings across all the categories and, no doubt, will star at the end of the season. 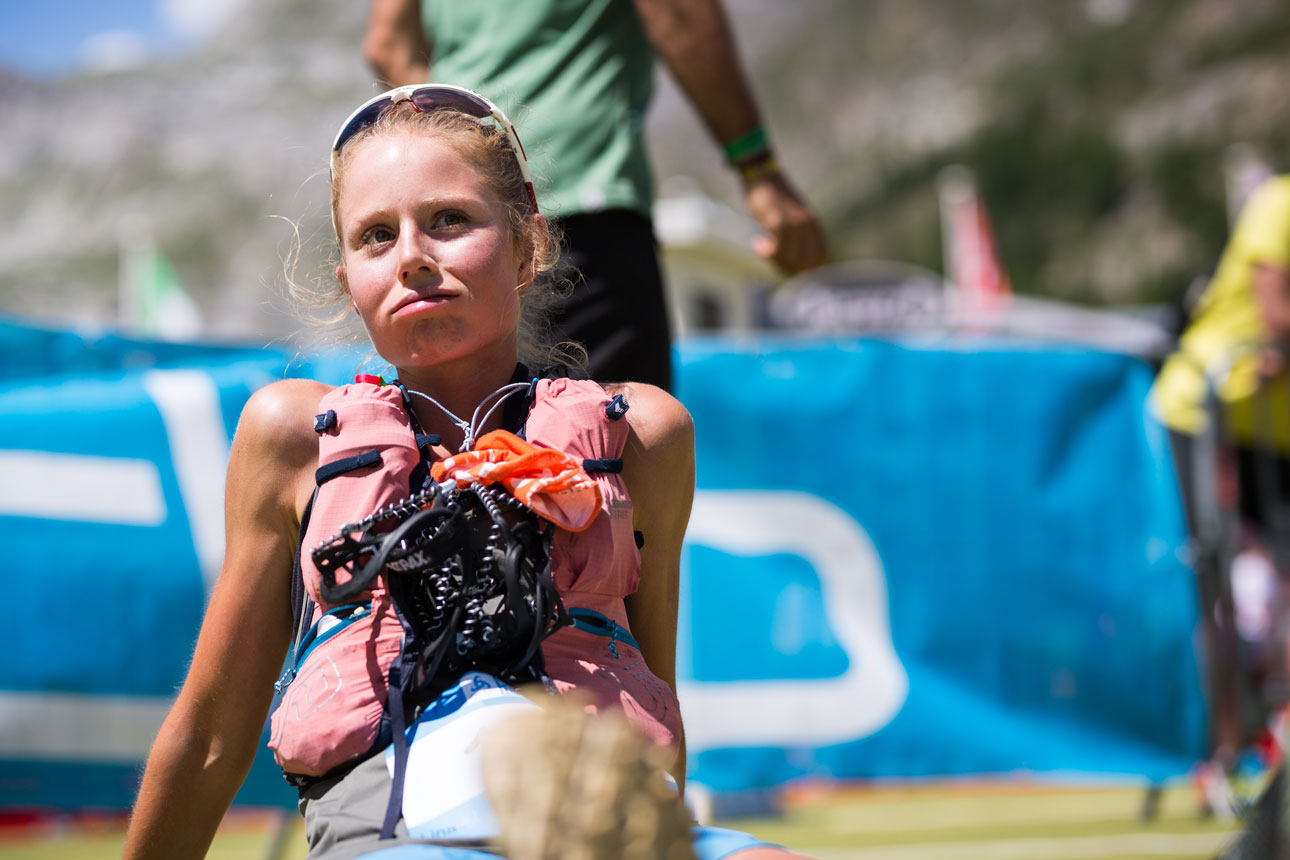 The race falls in the Series’ Sky Extra category where four races out of eight count for the end of season bonus pool. Mityaev and Debats now lead both the Extra and Overall rankings.

The fifth Sky Extra category race heads beyond the Arctic Circle for the Tromsø SkyRace® on August 4, organised by the king and queen of skyrunning, Kilian Jornet and Emelie Forsberg.