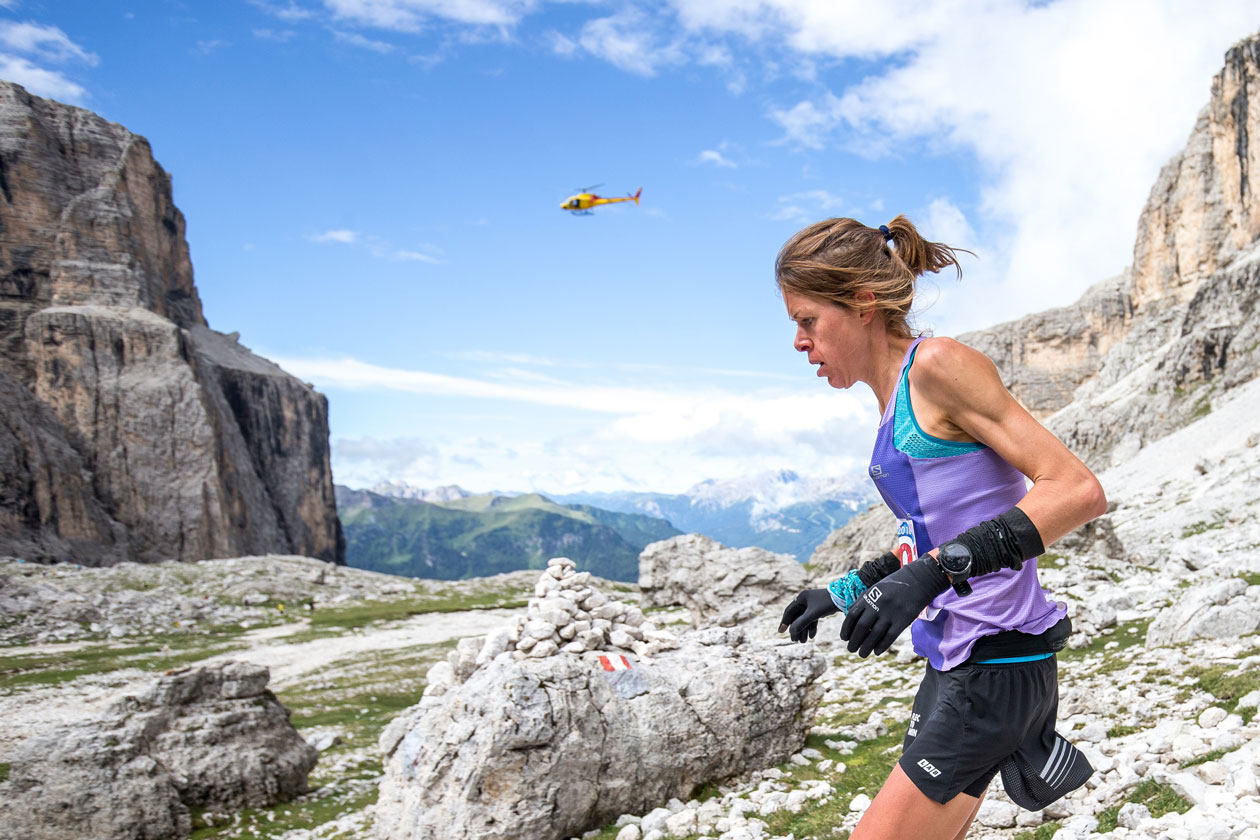 Laura Orgué, winner for the fourth time on the Dolomites. ©PegasoMedia

Celebrating 21 years on the international skyrunning calendar, this consistently popular race with a stacked international field saw some 900 runners from 28 countries participate.

The steep 22 km course which starts and finishes in the town of Canazei, climbs 1,750m to the summit of the snow-covered Piz Boé at 3,152m altitude. 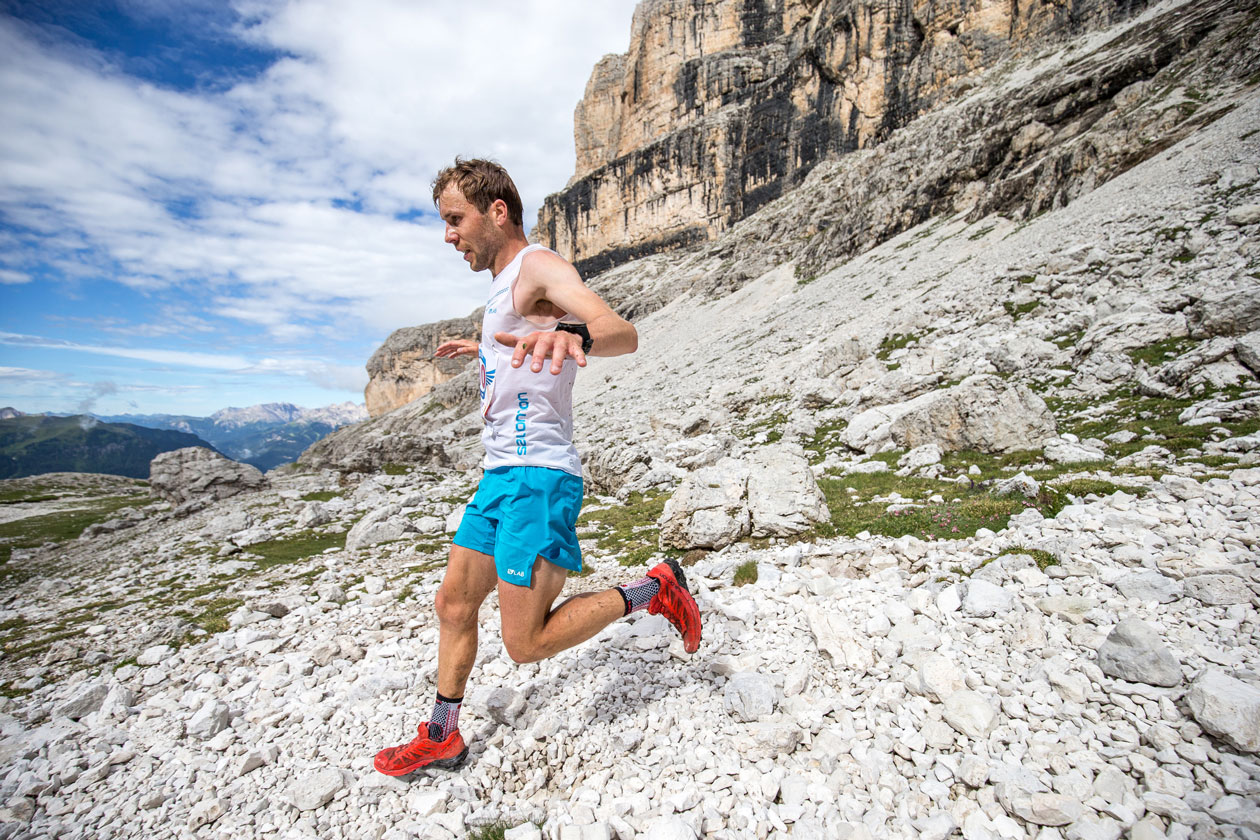 Angermund led the race throughout but not without some strong competition. He fell short of Kilian Jornet’s 15-year old standing record but he did break the ascent record set in 2008 by Spaniard Agustí Roc, summiting in just 1h16’18”.

“I pushed hard up the Piz Boè like the young Stian [Aarvik] – the future!” commented Angermund-Vik. “He was following me but I got a little gap on the downhill. He and Nadir Maguet caught up with me – they were so quick on the crazy downhill. I was struggling so much. Then on the last section I thought I needed to do something and I tried to sprint and got a gap. So painful on the legs! I kept looking back but luckily they didn’t catch me before the finish!” His closing time was 2h01’18”. 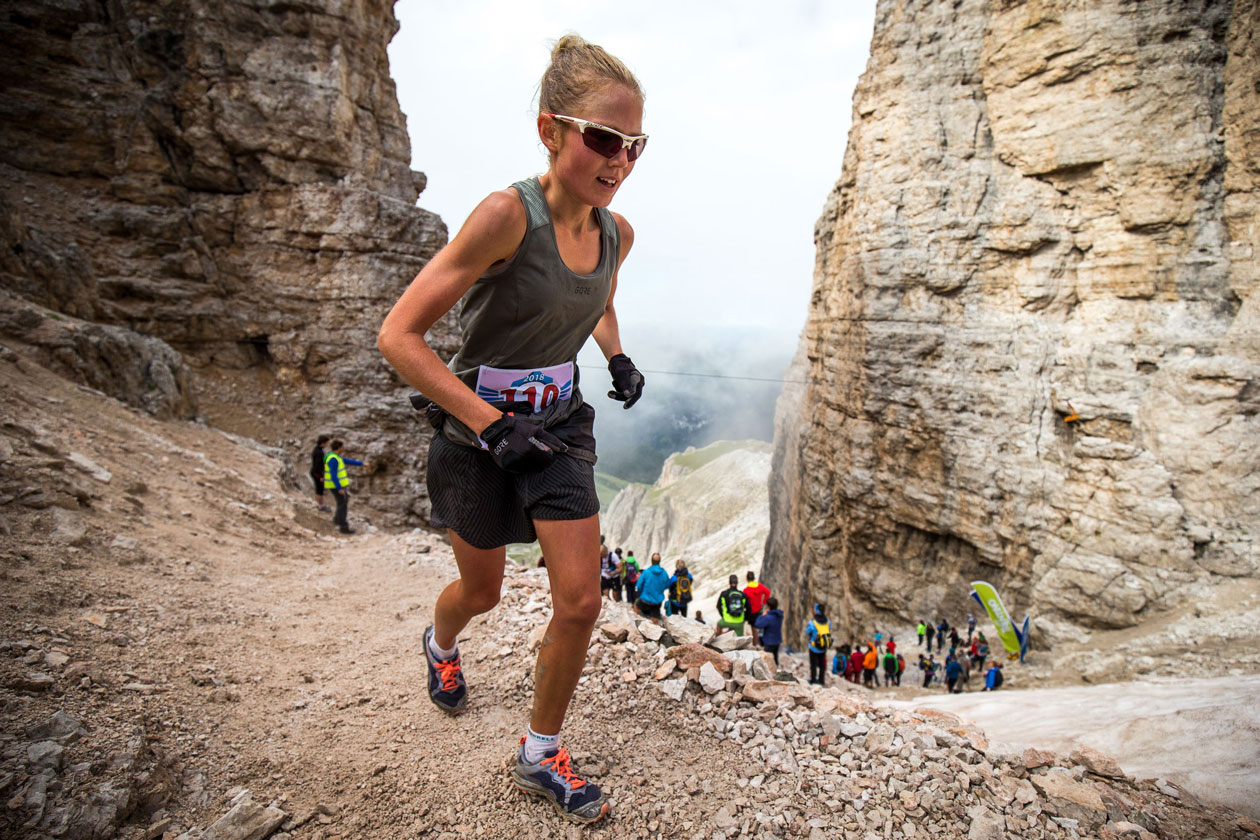 Second man in 2h02’53” was Stian Aarvik, also from Norway, who placed second in 2016 when he was just 19 years-old. Closing the tight podium was Italian Nadir Maguet in 2h03’31”. Last year’s winner, Spaniard Jan Margarit was absent due to injury.

After nailing yet another win here, 2h28’54” was her time, an  elated Orgué said, “I’m super happy! It’s the fourth time I won the race so now I need to come back for the fifth – like poker! Today I felt really good on the uphill, more than two days ago on the VK. I know the course really well of course so I tried to manage it to be a little fresh as I know the other girls are faster than me on the downhill. I think the gap was enough at the Piz Boè so I enjoyed the downhill!” 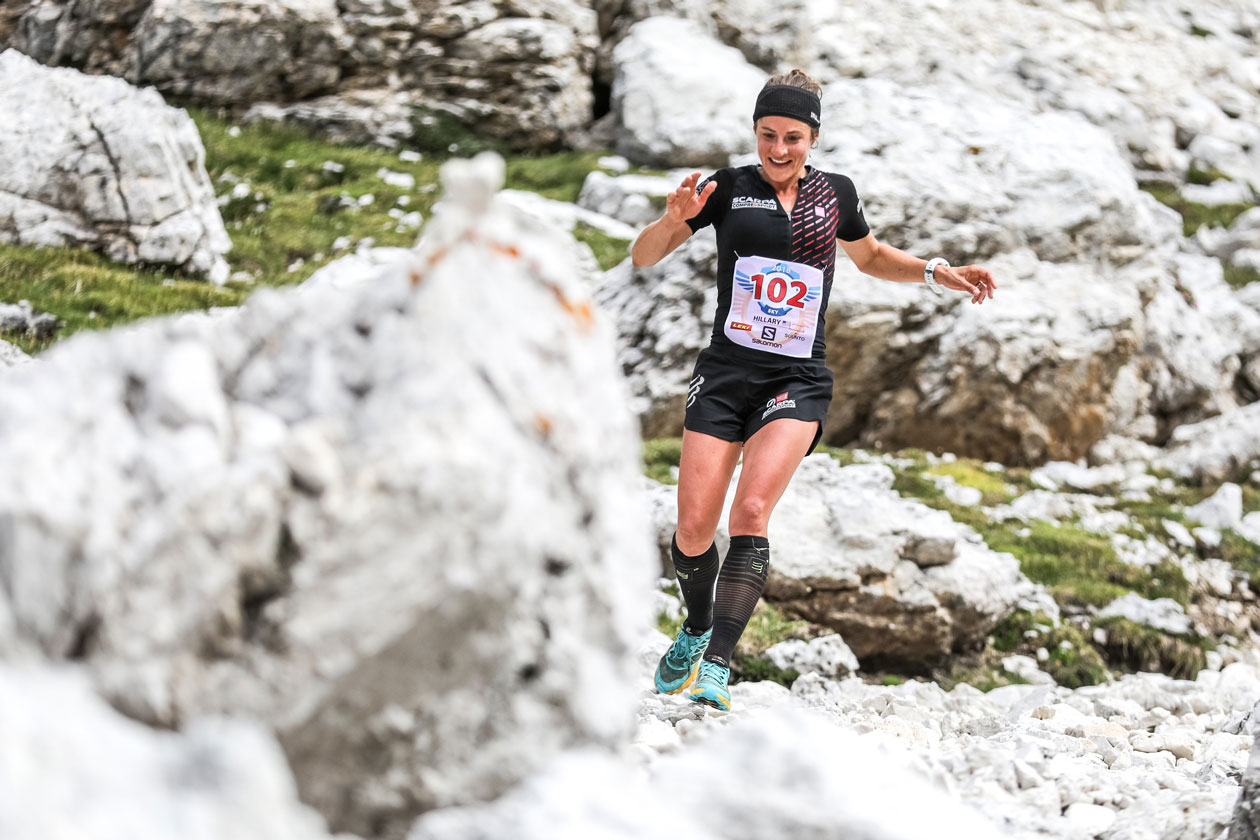 Second lady was American Hillary Gerardi in 2h32’09” who by all accounts had a great day. “It was a great race ! We were really lucky to have good weather so we got to go to Piz Boè. Everyone was strong on the uphill with a tight group of women up to the Forcella. On the downhill I got ahead. I just love this downhill. It’s so fun. You can go so fast!”

Rising stars, twin sisters Sanna and Lina El Kott from Sweden, who, like in life, were a close third and fourth in their first try at this race just 39 seconds apart. 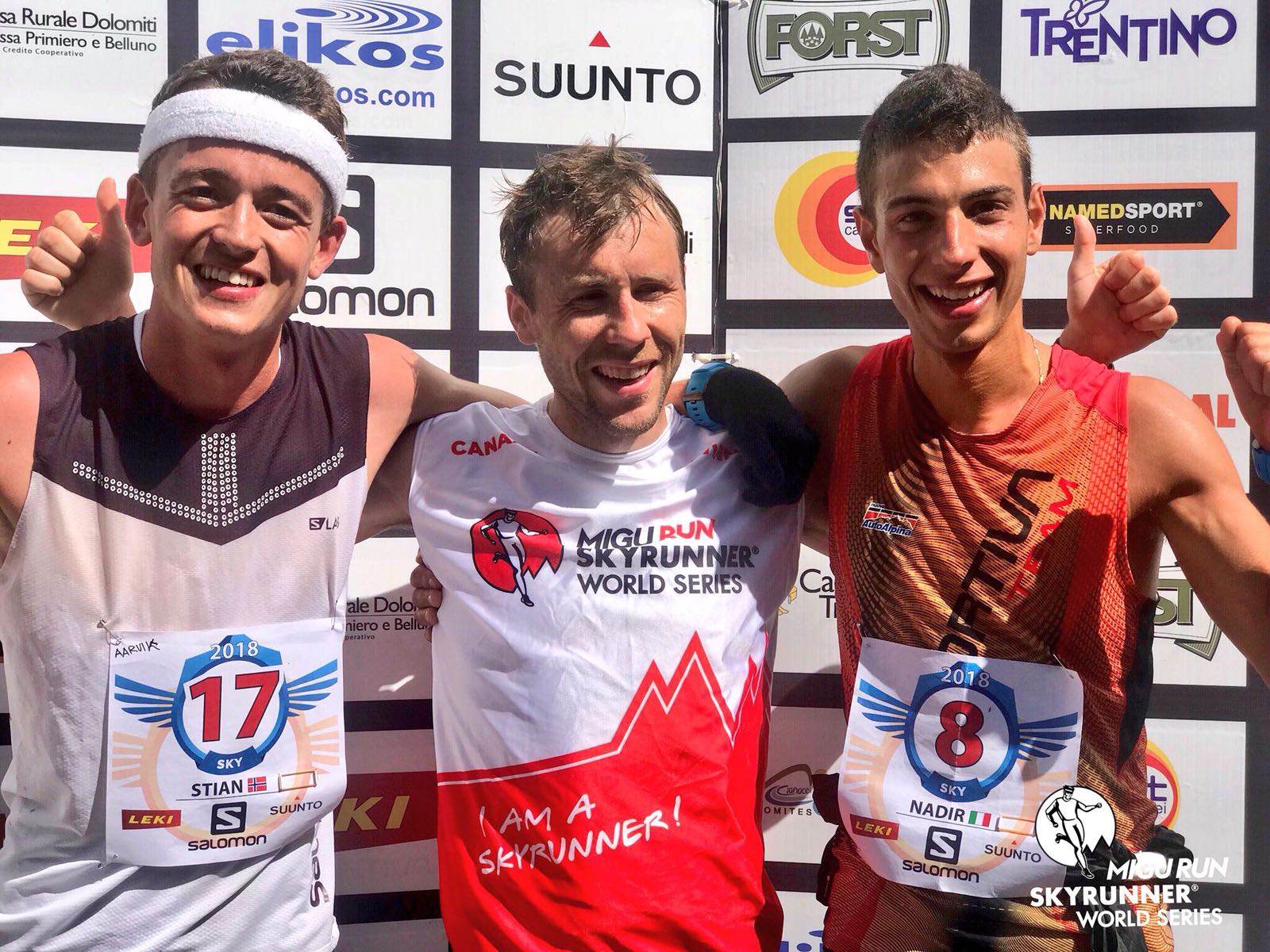 With his fifth place today, Finlay Wild climbs to the top of the Sky Classic rankings followed by Marc Casal Mir and Pascal Egli. Holly Page continues her lead in the women’s category, now followed by Laura Orgué and Lina El Kott.

The Overall rankings see Angermund climb to second position in a tie with Petter Engdahl after Russian Dmitry Mityaev.  From the Netherlands, Ragna Debats continues to lead, with Lina El Kott and Laura Orgué sharing second.

The Migu Run Skyrunner® World Series now heads for the Principality of Andorra for the SkyRace® Comapedrosa on July 29, seventh leg of the Sky Classic category, valid for an extra 50% ranking points.