Thunderstorms and lightening performances hit Zillertal for the Schlegeis 3000 Skyrace. International field of elite athletes take it to the next level at the seventh race of the 2022 Skyrunner® World Series.

The excitement of Schlegeis 3000 began before the starting line was even crossed. The Tier Two race, which was due to start at 06:30 am, was postponed due to heavy thunderstorms and lightning that lit up the sky above the starting line on the Schlegeis Dam in Zillertal, Austria. It wasn’t until conditions cleared at 08:00 am that the race began.

As conditions continued to improve, the mountain safety team took the decision to run the full course. Skyrunners were, therefore, able to experience the entire technical 34km course with 2,400 meters of vertical gain and were treated to views of the surrounding glaciers and Austrian Alps from as high as 3,000 meters on the route.

As the weather settled down, the race got fired up. The fight for first place in the men’s race started at the beginning of the first climb between Martin Anthamatten of Switzerland (team Adidas Terrex) and Luka Kovacic of Slovenia (team Dynafit). The two ran side-by-side for almost the entire race and it became clear it would all come down to the final downhill.

Kovacic, who proved his uphill strength by winning the VK the evening before, was not as skilled on the descent and in the end, it was the Swiss skyrunner, Anthamatten, who crossed the finish line first with a record time of 3h55’18” – 12 minutes faster than the previous record set by Jacob Hermann.

“It was a great race with Luka, he’s very strong. We ran together until the final downhill where I was able to pull away”, said Anthamatten, who is also the Matterhorn Ultraks Extreme course designer. “After the first 6 kilometers, the course was very technical with a lot of rocky parts where you had to really take care of every step. It was a great event and a superb race course.”

Kovacic arrived less than one minute behind Anthamatten and after a lengthy battle for the podium between Pere Aurell of Spain and Hector Haines of Great Britain (both team Merrell), it was Haines who came in third, two minutes behind Anthamatten.

… and as if one new record wasn’t enough today, Lindsay Webster of Canada (team Craft Sports) also smashed the previous female record, this time by a whopping 20 minutes. The three-time obstacle course racing world champion led the race almost from the beginning and finished with a winning time of 4h38’22”. After two third places already this season, this was Websters first win.

“I can’t believe this just happened”, said Webster, “I have always dreamed of winning a Skyrunner World Series race. To race against these women has been such an amazing experience. I ran with Sanna and Lina at the beginning as I know they have more experience than me and they would know how to pace but I felt so good today that I just went for it. I loved the course. It was so technical and my kind of terrain.” 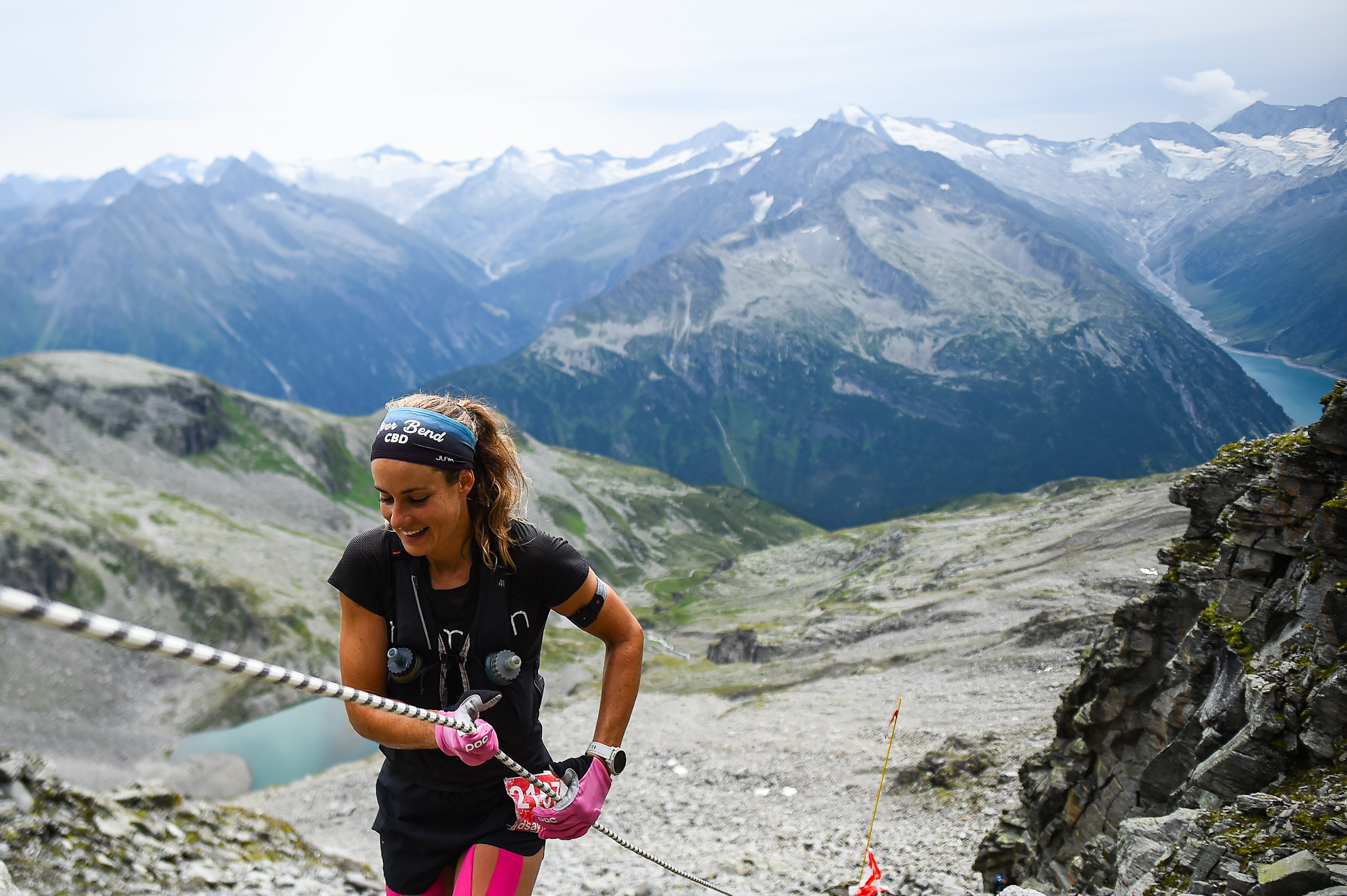 After a game of leap frog throughout the race between Swedish twins Sanna and Lina El Kott (both team Merrell), a fall on the final descent caused Lina to drop back and allowed Sanna to secure her second place, eight minutes behind Webster and two minutes ahead of Lina in third.

The top 10 male and females of today have won points towards the overall ranking and the the top fivehave qualified for the SkyMasters, hosted by Gorbeia Suzien in the Basque Country on the 10th of October.

The next race of the season will be Comapedrosa Skyrace on the 31st of July.