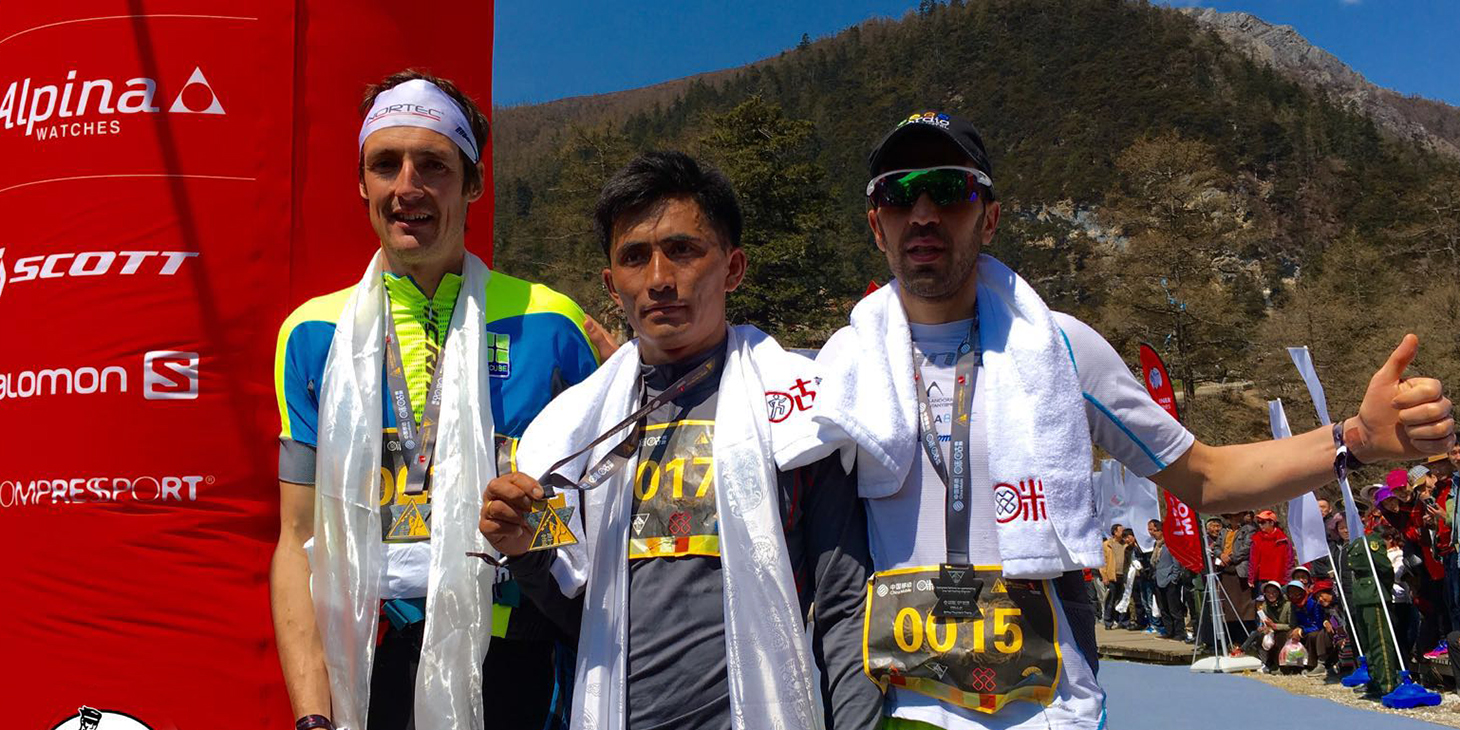 The 2016 Skyrunner® World Series aimed to reach new heights and the first race of the season did just that. The Yading Skyrun took place on Saturday, April 30 in China’s spectacular Sichuan mountains with some of the Series’ top ranked runners in attendance. 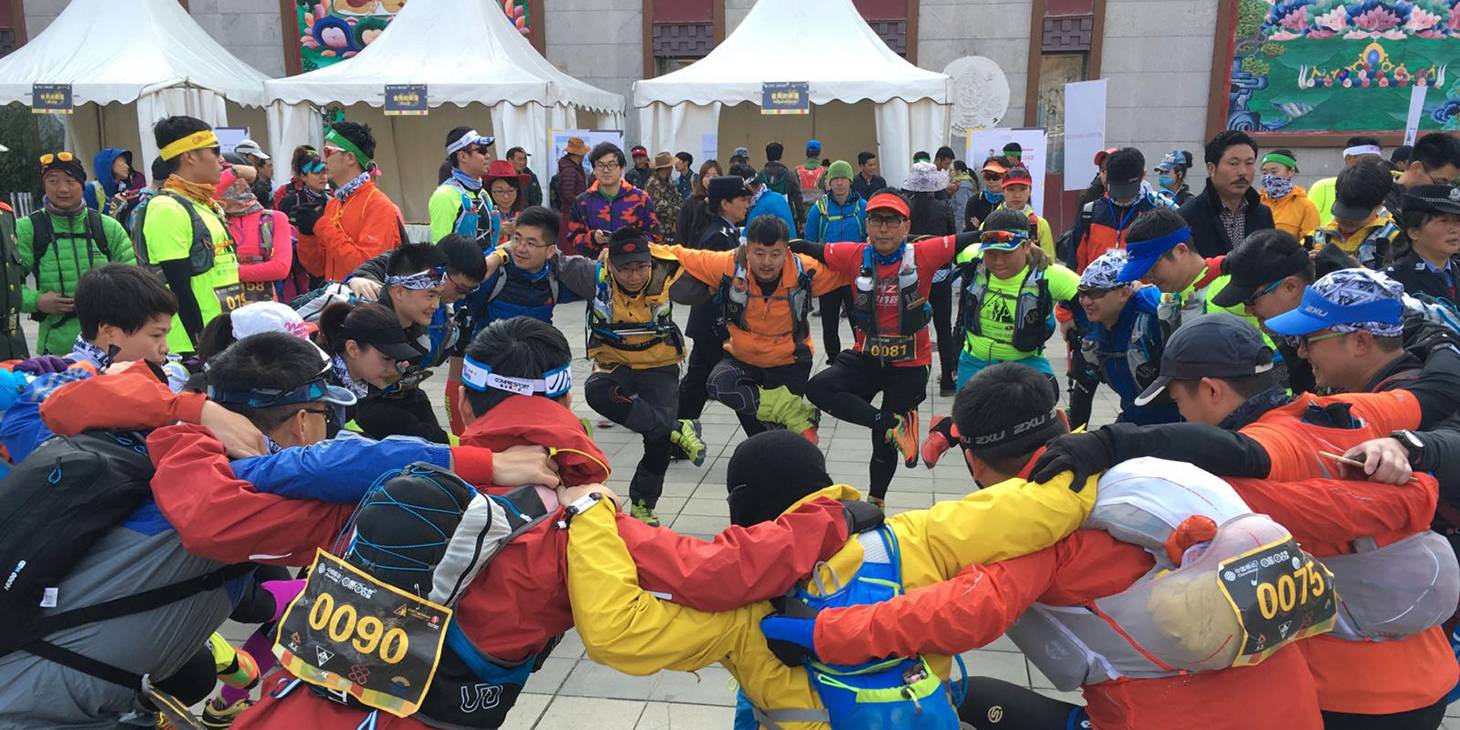 The pre-race celebrations kicked off with local dancers in costume performing on stage, projected on a giant screen. Officials in attendance included the Mayor and delegates from Beijing, but the most important guest was the sun, paying homage to the skyrunning slogan: “Less cloud. More sky” after some very cold and snowy weather the previous days.

The altitude here, between nearly 3,000m to 5,000m represented an enormous challenge to all those not properly acclimatised, participants and staff alike. However, at the gun, the runners almost immediately headed up a steep incline which didn’t seem to slow them. The lead group had Tadei Pivk, Marc Casal Mir and Bhim Ghurung who later took over the lead. The group included Megan Kimmel, leaving the other ladies behind.

The men’s winning time had been forecast between 3h30-4h but with Gurung reaching the packed finish line just past the 3h limit, the excitement was intense. After topping out at 4,664m the 30 km course descended to conclude at the Chonggue Temple at 4,000m altitude, accounting for 2,345m vertical climb. It was not just the beauty of the landscape here, often referred to as “Shangri La” or the “Land of Snows”, that was breath-taking, but the lack of oxygen (hypoxia).

However, winner Gurung described the race as “easy” after training on Everest and preparing for a 100k race on Annapurna. Apparently his altitude training wasn’t the only card he had to play, added to his downhill running skills. Pivk, who finished just two minutes behind, said, “I tried as hard as I could, but he was so fast on the downhill, I couldn’t keep up.” 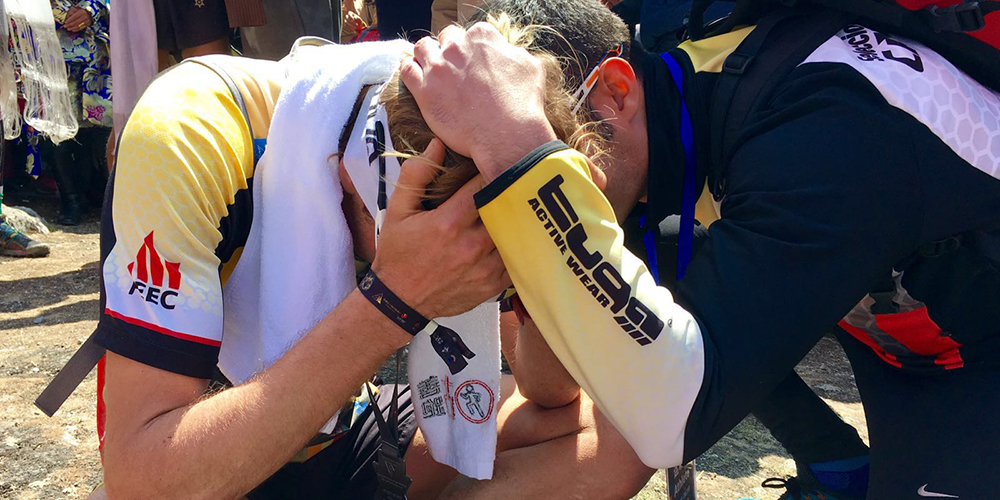 Pere Rullan, giving it all he’s got. © Skyrunner World Series

Megan Kimmel looked very relaxed after the finish and did not seem to have suffered at all, being used to altitude in her Colorado home. Second woman, Wenrong Zhen, crossed the line ahead of Ragna Debats, a Dutch citizen running under the colours of the Catalan Federation.

The male and female race winners, Bhim Gurung and Megan Kimmel earned a prize of US $3,000 each.

Thomas Cai, CEO of Xempower, main partner of the Series, commented: “Next year we will make the last part even more challenging and spectacular by crossing into wild forest”. A promise to look forward to.

This first Skyrunner® World Series race on mainland China and the first of the season, pushed the boundaries of the sport to deliver a unique and successful event with the participation of top ranked athletes and the discovery of new ones.

Congratulations to the 2021 @skyrunmadeira champio

T-1 day until @skyrunmadeira 🇵🇹
From the se

Madeira Skyrace. We are back on the island of Made