An all-star, international field toed the line in Saint Honoré today but it was the French athletes Sylvain Cachard and Julie Roux who dominated the race.

Fast, hard, technical and exciting – everything we know and love about the Skyrunner® World Series was back today at Skyrace des Matheysins. The first stage of the 2022 season, which featured a new wave of young and hungry skyrunners, was broadcasted live, delivering the passion and thrill of skyrunning into people’s homes all over the world.

The men’s race was not only won by French pro runner Sylvain Cachard of team Hoka, but the youngster also smashed the previous course record, set by Fred Tranchand in 2021, by eight minutes with a time of 2h15’40” – an incredible achievement for 25 km and 2,000 meters of climb.

“It was a really tough race. When you have a great field like today, you have to push hard until the end. I didn’t expect to be in such good shape at this stage of the season so I hope to only improve and get stronger. It feels good to win and even better to share the podium with my friends Johann and Loic who are really strong runners too.”

Cachard spent the majority of the first climb shoulder to shoulder with 2021 Skyrunner® World Series overall champion Christian Mathys of Switzerland however, managed to make a gap when Mathys suffered a fall. It’s not the first time the two have raced against one another. Cachard was less successful previously with Mathys giving him a “lesson in downhill running” at Skyrace Comapedrosa in 2021. “It was a good feeling to race with Christian again today. He [Mathys] is a great runner so it’s an honor to finish in front of him”, said Cachard.

Mathys crossed the finish line 12 minutes behind in fourth place with a bloody knee. When asked if he can still make a comeback this season, the defending overall champion confidently answered: “Yes of course!” – watch this space.

Cachard was joined on the podium by friends and fellow French runners, Johann Baujard of team Salomon in second place (2h26’16”) and Loic Robert of team Wise (2h26’26”) in third, where he proudly slipped on the first Skyrunner® World Series Winner’s Bib of the season.

In the women’s race it was another French runner Julie Roux of team Salomon who took home the win with a time of 2h56’39” after leading the race from start to finish. Continuing the French theme was Iris Pessey of team Scott Running who finished six minutes after Roux.

The stand-out female performance, however, was Canadian athlete, Lindsay Webster. Although this was only her second ever Skyrunner® World Series race (placed fifth at Livigno SkyMarathon in 2019), the multiple-time obstacle course race world champion put up an impressive fight against some of the best and most experienced in the game and finished third, just seven minutes behind Roux in first.

“I’m still so new to the sport and I have a lot to learn,” said Webster, who will be competing for the overall title this year. “I started too hard and had nothing left to give when Iris passed me on the final climb. The skyrunning women are so strong and I’ve never raced most of them so had no expectations. The course was amazing. Skyrunning is definitely my kind of sport as I love the technical stuff. I’m excited for the rest of the season, especially knowing I’ve qualified for the SkyMasters in Gorbeia”.

The top ten male and female athletes from today have qualified for the end-of-season race, the SkyMasters. The grand finale will be hosted by Gorbeia Suzien in the Basque Country (ESP) on the 8thof October 2022, with only the best skyrunners from the season behind the starting line.

Next stop in the calendar is Madeira Skyrace on the 28th of May. 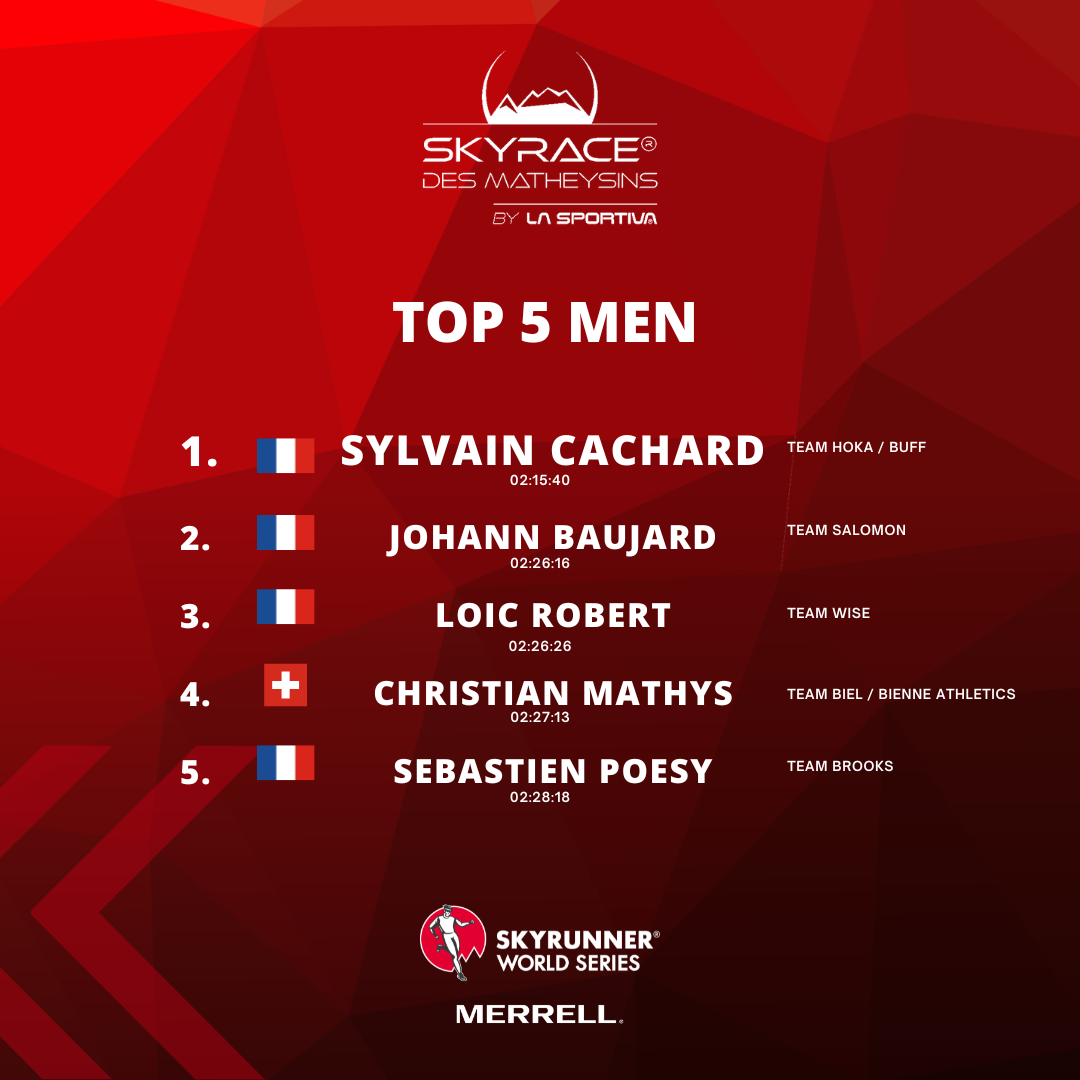 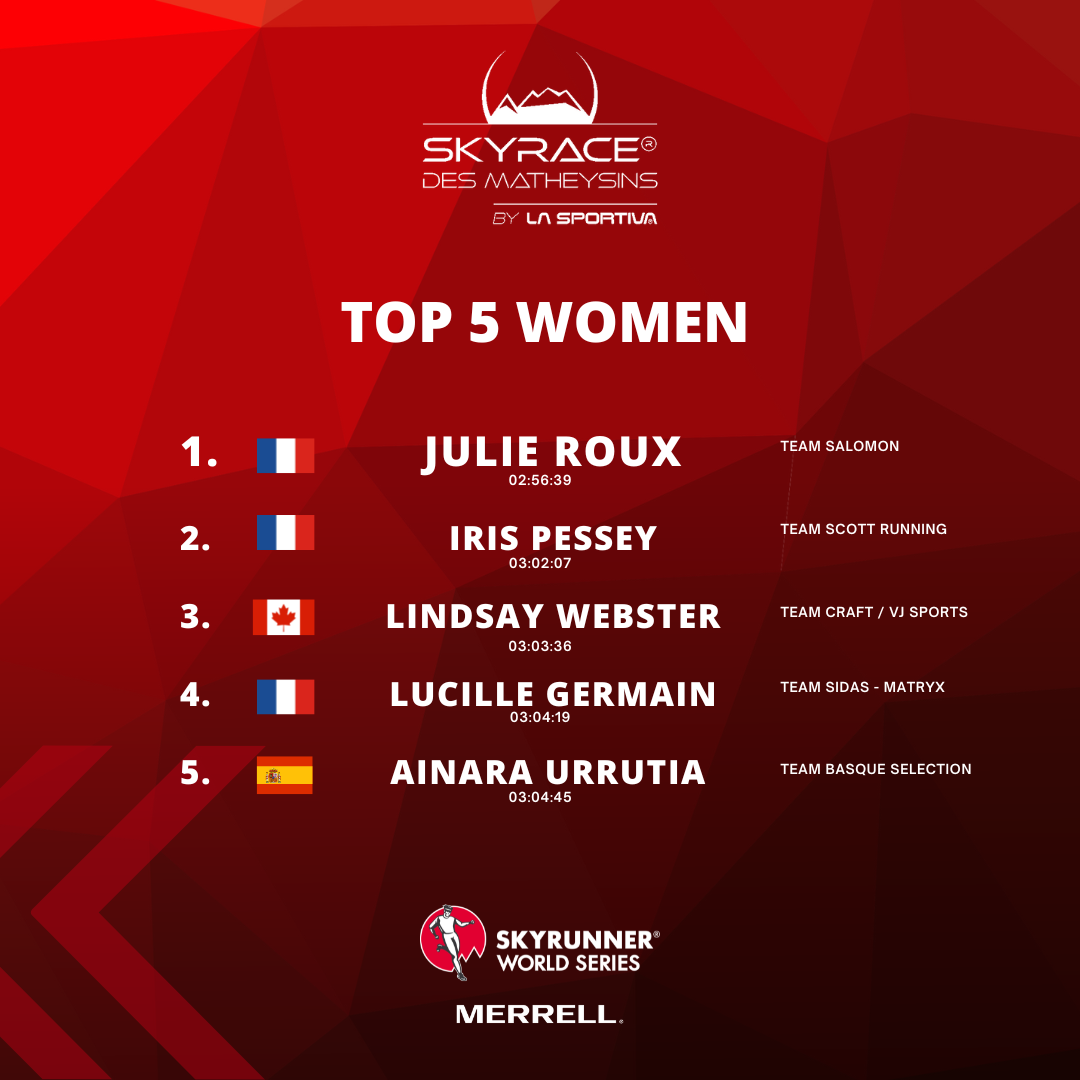