World’s best skyrunners, listen up! The official circuit has announced its 2023 race calendar with new events in new countries and an end-of-season prize money pool of 100,000 €, with 20,000 € awarded to the overall winners of the circuit. 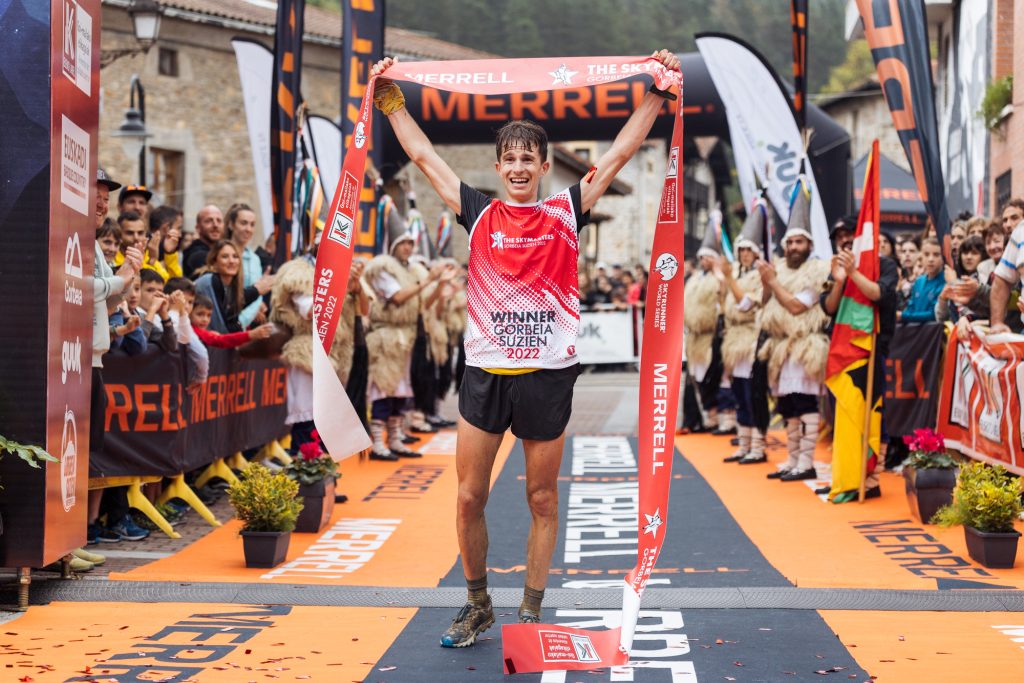 One of the world’s last remaining official running circuits, the Skyrunner® World Series, has announced that it will return for another season. The Skyrunner® World Series, which will be under new management in 2023, aims to attract the world’s best athletes with an exciting calendar, including new races in Peru,Spain and France, as well as an impressive prize money pool of 100,000 € distributed amongst the top ten ranked male and female athletes of the season.

Etienne Rodriquez, the new managing director comments: “Our fundamental goal in 2023 is to attract the best athletes to the Skyrunner World Series. We plan to do this in the following ways: We’re providing a 100,000 € prize pool to the best ranked athletes at the end of the 2023 season with 20,000 € going to the winner. This is in addition to the prize money given out by races at each event. The 2023 Skyrunner World Series will combine new, fresh races with a selection of iconic, flagship events. In both cases, the organizers are required to have a proven record of delivering high quality events.”

13 races in eight countries make up the 2023 circuit. Based on the values of the sport, the Skyrunner®World Series has built a circuit that guarantees epic competition at the highest level. Each race has been carefully selected for what it will bring to the table: technicality, a breathtaking location and an incredible atmosphere.

The 2023 season begins on the 29th of April with a new race, Calamorro Skyrace in Spain. From April to June the circuit visits Skyrace des Matheysins in France, Hochk​​önig Skyrace in Austria,  Minotaur Skyrace in Canada and Madeira Skyrace in Portugal – which will have a brand new, shorter course designed for 2023.

July will see two races make their Skyrunner® World series debut: The Cordillera Blanca Skyrace in Peru (part of the UTCB event) – and the highest race in the series, ascending to nearly 4,500 meters – and Skyrace du Mercantour in France. After a highly successful 2022, Schlegeis 3000 Skyrace in Austriawill return as the last race of July.

The circuit then travels to Switzerland in August for the iconic Matterhorn Ultraks « EXTREME », moving on to Italy in September for Grigne SkyMarathon and then on to the Basque Country, Spain, for the 2022 SkyMasters, Gorbeia Suzien. The circuit finishes up with LouzanSkyrace in Portugal before the final event of the season – the SkyMasters, a race reserved for athletes who have qualified throughout the season. The location and event is yet to be revealed.

As in previous years, the SkyMasters is reserved for athletes who have qualified throughout the season only. Qualification criteria will be published at the time of the event announcement, early next year.

The Skyrunner® World Series, together with the International Skyrunning Federation, are working on developing a framework to ensure a fair and clean racing circuit through regular and random WADA controls throughout the season. More information on this will follow.

The full 2023 calendar can be found here. Stay tuned for more information on the circuit coming soon. 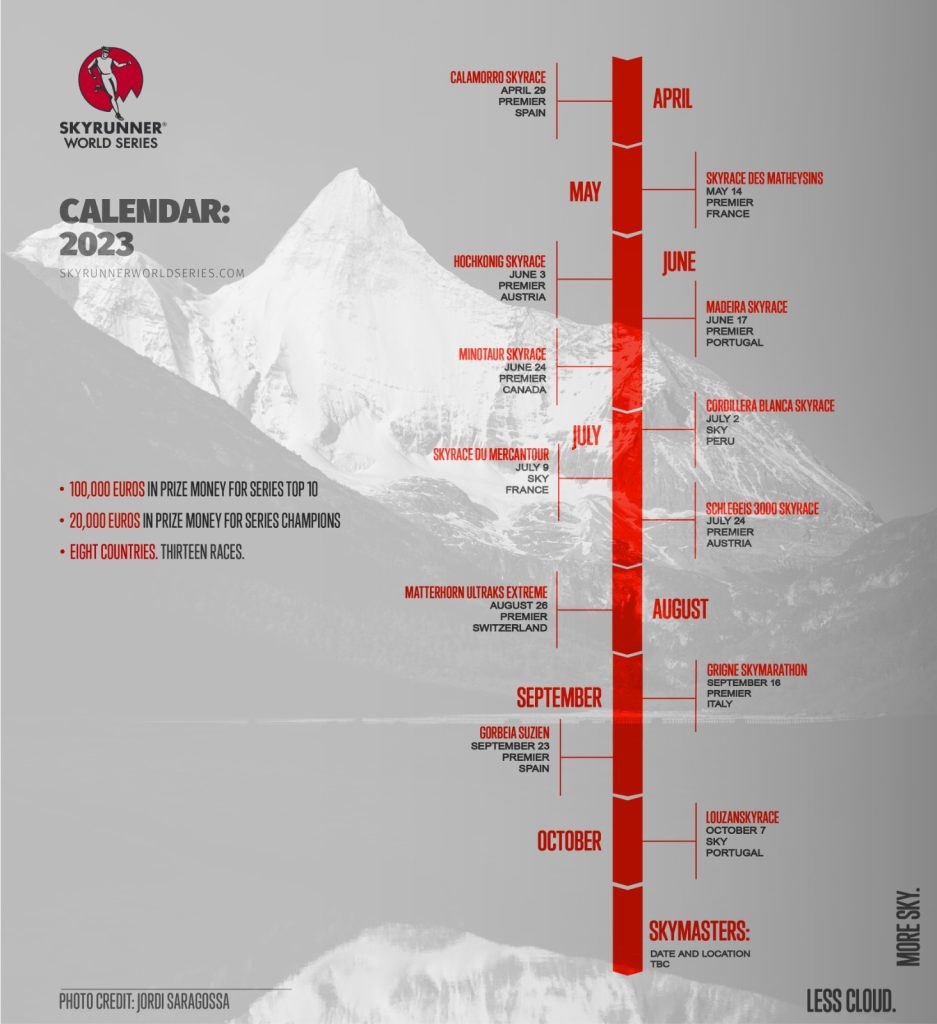