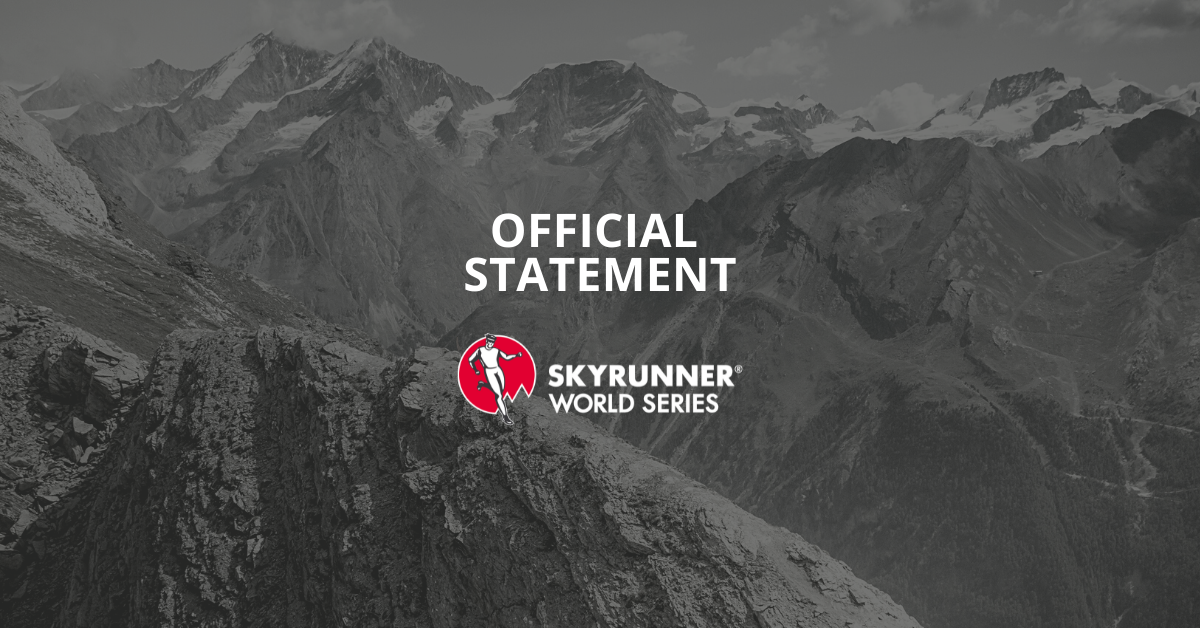 The Skyrunner® World Series adds their collective voice to global calls for peace. The official circuit has announced that athletes from Russia and Belarus will be excluded from all official Skyrunner World Series races for the foreseeable future.

This decision has been made in line with the official statement issued by the IOC on 28th February and together with the International Skyrunning Federation.

By doing so, the SWS does not set out to punish Russian and Belarusian athletes who have no involvement, but rather to show solidarity with Ukraine and stand united with other International Sports Federations who also promote peace through sport.

The SWS strongly condemns the Russian attack and the use of military force in Ukraine and hopes that the situation improves drastically.

Furthermore, the SWS would like to extend their full compassion to the people of Ukraine, to those affected by the war elsewhere, and to the Russian skyrunning athletes who also call for peace.

The SWS continues to monitor the situation closely and will act accordingly.

We are proud to present our first 20 qualified ath