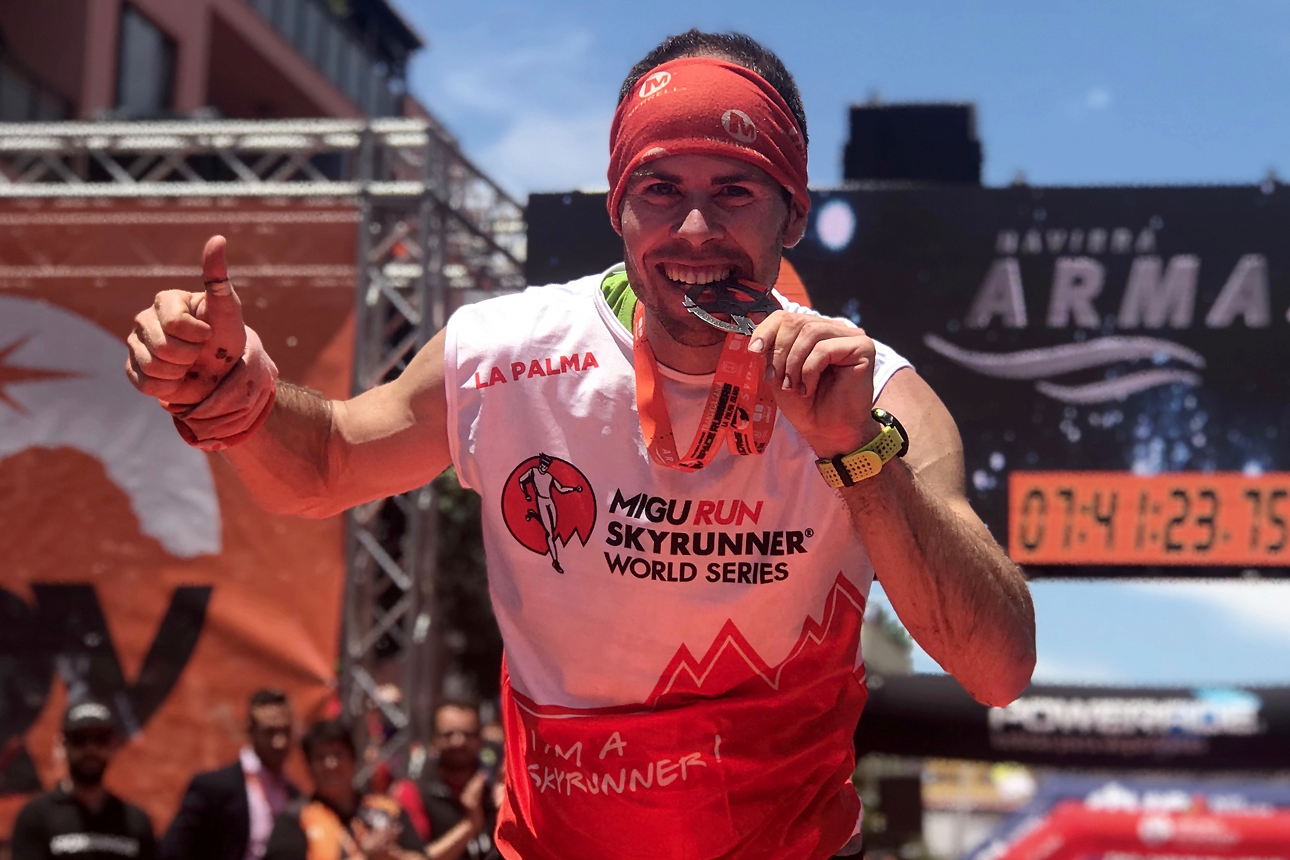 It was a hat trick for Sweden’s Ida Nilsson and a first victory for Spaniard Pere Aurell at the Transvulcania Ultramarathon on the island of La Palma Saturday, May 12. The second race of the 2018 Migu Run Skyrunner® World Series once again attracted a field of top athletes from around the world to compete high above the clouds on the magical “Isla Bonita” – a mere speck in the Atlantic Ocean – for the 75 km race to the island’s highest point where some of the world’s largest telescopes are situated. 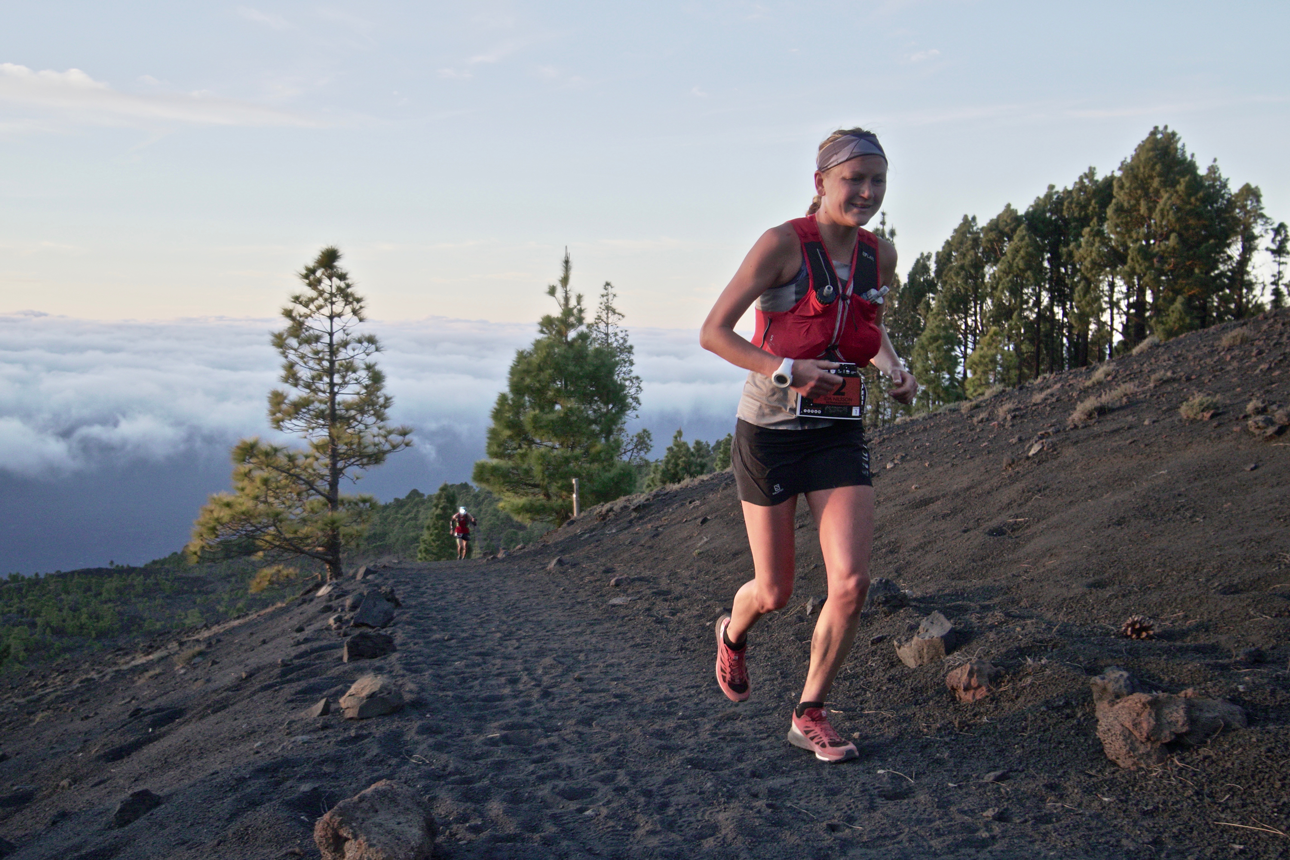 The podium had some surprises in store apart from Nilsson’s triple. Second woman was Spaniard Mónica Comas new to the Series and three Americans placing in the top six – Kelly Wolf, Brittany Peterson and Anna Mae Flynn, third, fourth and sixth. 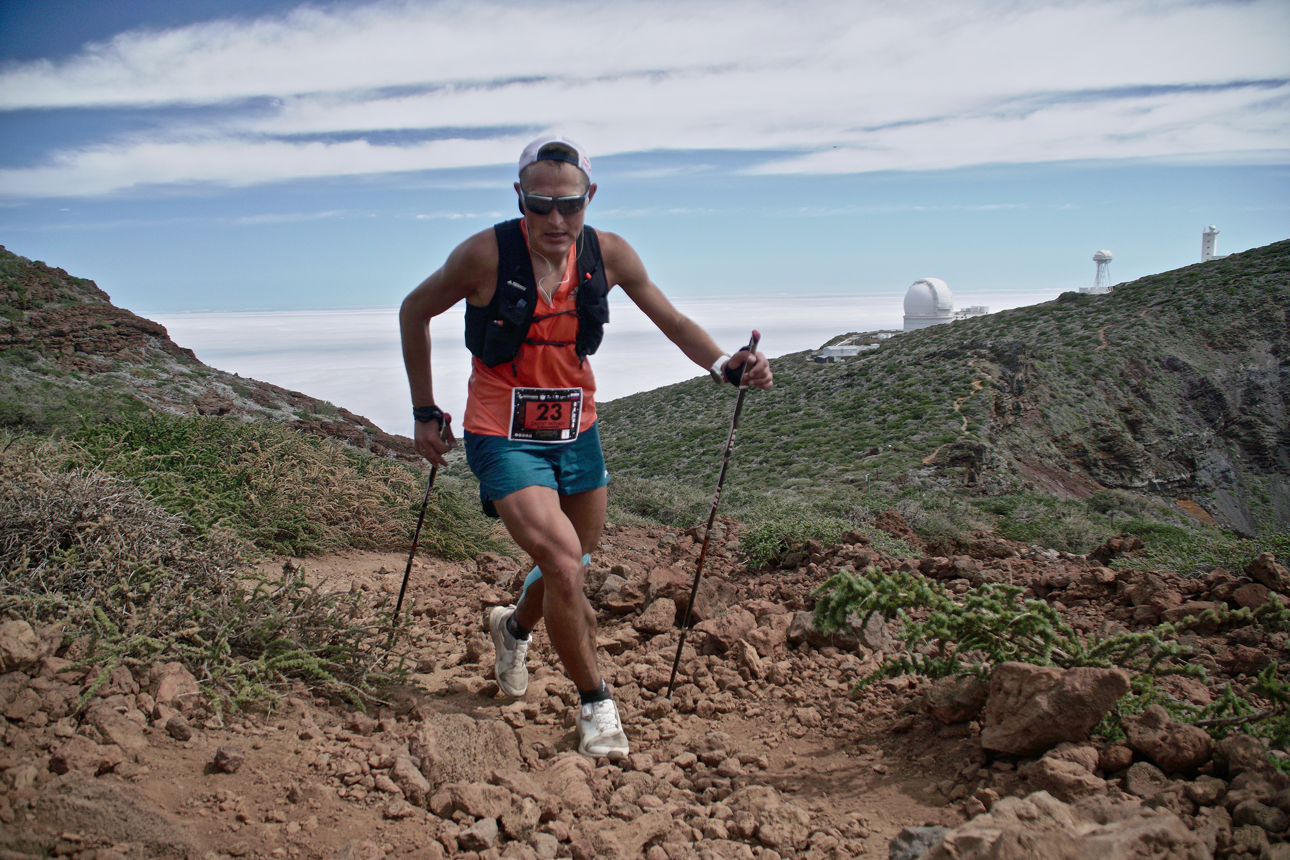 Aurell’s effort, closing in 7h37’26”, was so intense, he was taken to hospital with dehydration. “When I reached Pico de la Nieve second I felt strong and I started to believe that I could win. I let Dmitry [Mityaev] go in front on the uphill but then I thought if I wanted to be the winner I should go out front, so I pushed and reached Roque de los Muchachos first. I’m strong on the downhill and gave it all, but I couldn’t really enjoy the win until the last metres. That finish line is unbelievable and I just can’t describe the feeling. I was about to cry.”

Nilsson still retains the record which she set last year in 8h04’17, a long way off her performance yesterday in 8h40’43”.

“After winning here three times, every time was different. It’s really amazing. Even if this year I ran kind of slow, I’m so happy and grateful for this run because I’ve had a lot of problems. Even a week ago I had some foot pain and I thought I couldn’t run the race so I’m so happy I managed to run.” 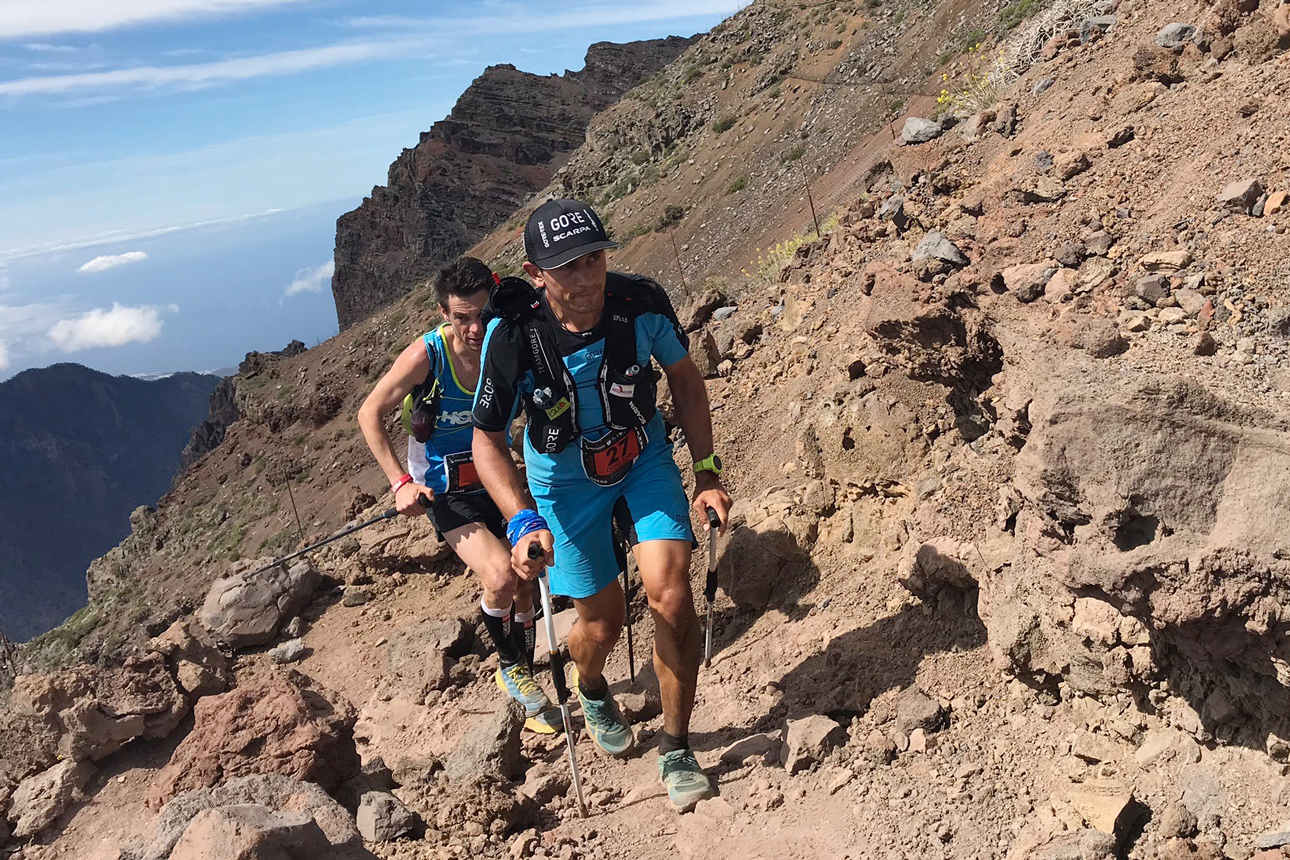 Italians Daniel Jung and Marco De Gasperi on the climb to the Los Rocques summit. ©MRSWS

1,683 runners had congregated at the pre-dawn start line on the south western coast of the island marked by the Fuencaliente red and white striped lighthouse. The sky was overcast with a light rain accompanying the 2,420m uphill climb but the higher stretches opened up to the clear blue skies the island is known for, leaving a sea of cloud below the runners and views stretching for 360° from the summit. After a steep, cliff face descent for 18 km, the race finishes in the town of Los Llanos where thousands of spectators cheer the finishers in a unique atmosphere. 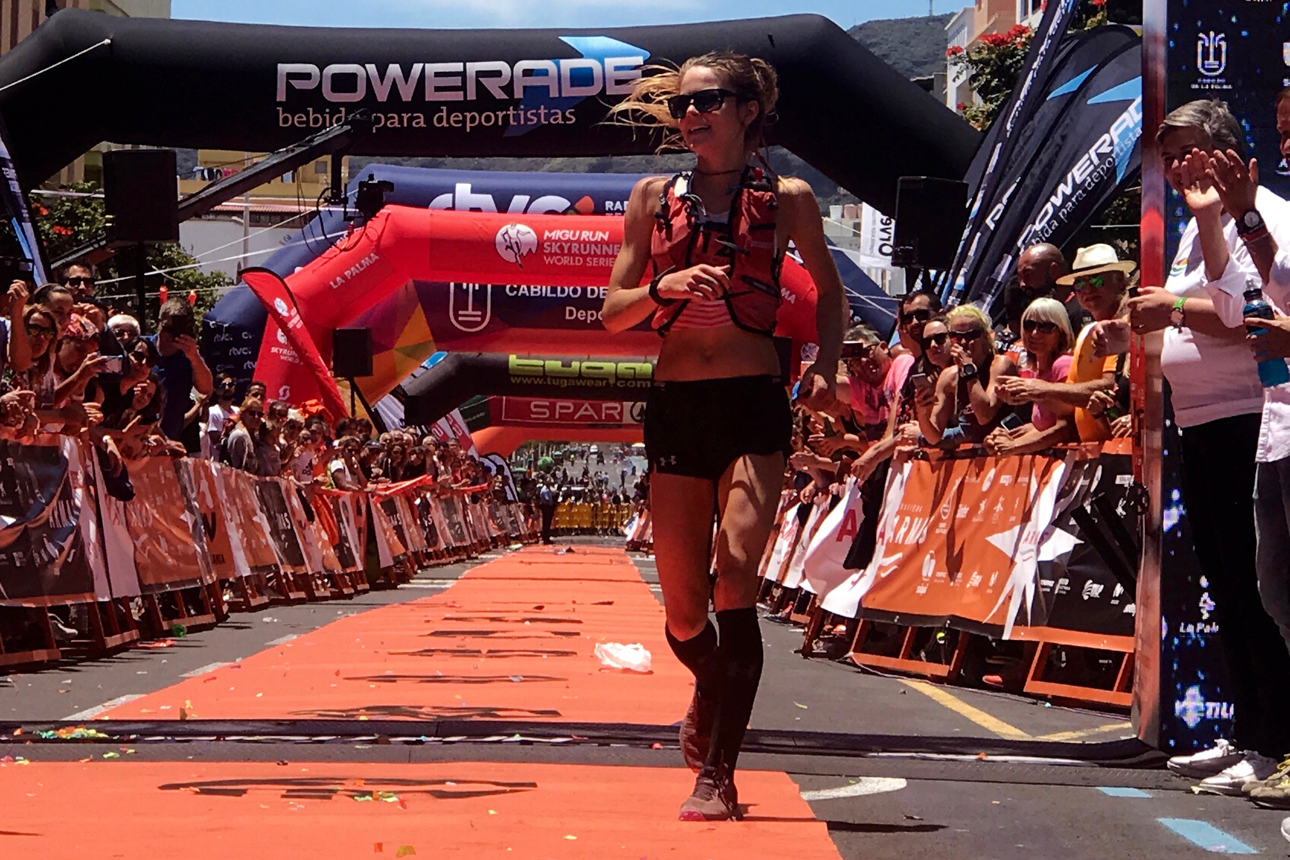 The race was valid for the first Sky Extra category points in the 2018 Migu Run Skyrunner® World Series which continues with the Ultra SkyMarathon Madeira on June 2, where a star line-up will compete.