What do skyrunners do in the off-season? Five pro athletes tell us more.

How Do Skyrunners Train in the Off-Season?

From April to October, we’re used to seeing elite skyrunners racing up and down mountains all over the world. But have you ever wondered what they do during the off-season? We caught up with Sheila Avilés, Jonathan Albon, Johanna Åström, Holly Page and Hillary Gerardi to find out how these professional athletes maintain their level of fitness throughout winter and what keeps them motivated when they aren’t preparing for a Skyrunner World Series race.

Do you take a “winter break”?

Sheila Avilés: Yes, I take a break in winter between 10-15 days without training too much and the rest of the month I do quite a bit. I just train what I want and without planning. I need a mental and physical reset.

Johanna Åström: During the winter I train and compete in ski mountaineering, so I don’t take a long-term winter break. However, I do take a break from intense training in November. 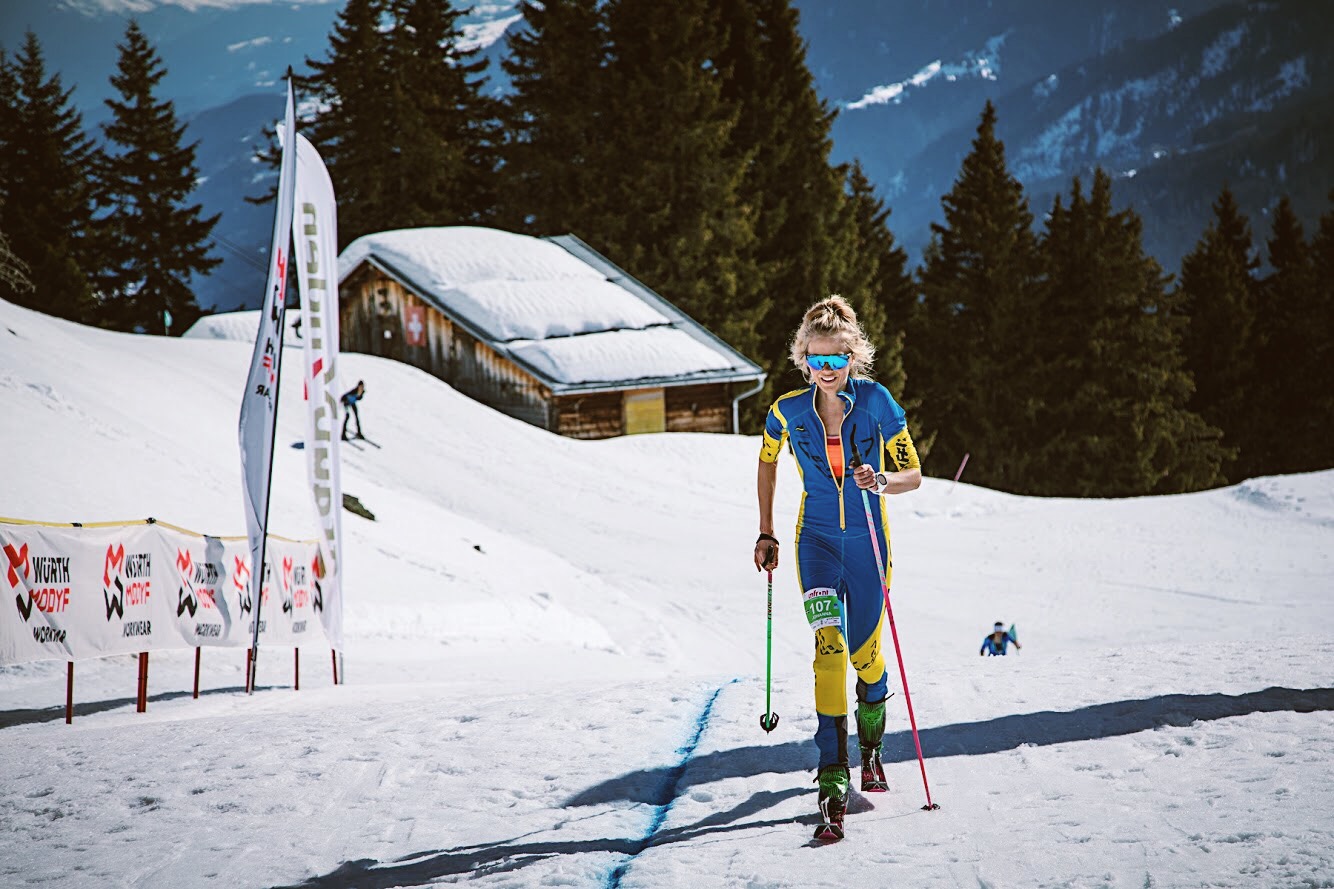 Jonathan Albon: Yes. Following my last running race of the year, I usually take two weeks to do just about nothing. This can give my body/mind a break and remind me why I love to exercise. I usually end up getting sick during this two-week period as my body finally feels like it can relax. I also got my wisdom teeth out last year during that time, so I was quite happy to be doing no training. The winter training period is when I do the most hours of training and the least races in the entire year. It consists of mainly skiing to maximise the number of hours I can train with low impact and provide a nice contrast to the summer running adventures. Come February I have to start preparing my muscles for running, building from 5km up to around 100km by the time the racing starts up again.

Holly Page: Not a break as such. I see this as an opportunity to do more traveling, so I still do quite a few races as these take me to lovely places to explore.

Hillary Gerardi: Yes, definitely. Partly because I was injured but also because I always take a break at the end of the season. I’m just now starting running again after Limone. I think it’s really important to take a winter break because it both allows your body to heal and your mind to take a rest and taking a break to me is really important in order to allow yourself to build back up motivation and stoke for the next season.

What does your weekly training schedule look like during the off-season? 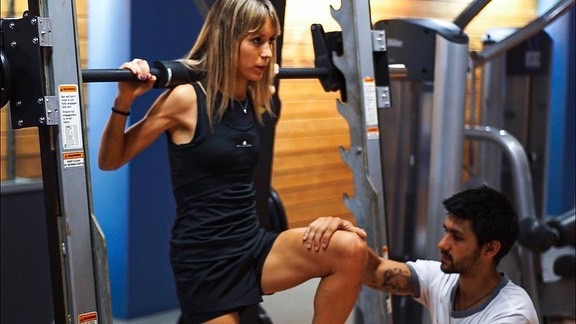 Sheila: I only go out 3 or 4 times a week to walk in the mountains, to run very smoothly or to go to the gym. During this period it’s very few hours of training during the week compared to pre-season and without fatigue.

Johanna: My training during the winter consists mostly of skiing. I run two to three times a week, and I do a lot of strength training too.

Jon: This depends on where I am and what the weather is like but last year I spent many hours either cross country skiing or ski touring. My weekly climb ranged from 12,000m to 15,000m. In addition to this, I would go climbing or bouldering maybe twice a week and a strength session for the legs.

Holly: I don’t have a training schedule, I just adapt depending on where I am. I never seem to spend more than a couple of days in the same place so it’s hard to stick to any specific plan.

Hillary: Basically the way I work things is with three-week blocks of themes, so it might be V02 max or it might be maximum power or distance or vertical gain or something like that. What I do is not that different from what my regular week schedule looks like during the season, except that I might start easier and then build harder and then do really tiring blocks that I wouldn’t do mid-season because I would get too tired. A couple of days of high quality and maybe intervals and things like that and then other days more endurance and I also add to that some strength training and working with a PT on ankles, that’s my new plan anyway, working on those ankles! And it will be a lot of skiing for me, running and biking and also climbing.

Are there any sports/exercises you do that helps maintain your skyrunning performance?

Sheila: There is nothing specific in itself but now in winter when the pre-season starts I will do more high-intensity and some speed sessions to improve how I train the high training zones. I think this type of training builds a strong foundation to begin the summer skyrunning season.

Johanna: I compete in ski mountaineering. I think it complements my running as it builds good leg strength and endurance.

Jon: I think ski touring is the most useful sport to directly train for skyrunning. You build a big engine with low impact and relatively low chance of overuse injuries. Touring is also incredibly fun making many vertical meters seem easy, so you are always excited to train more.

Holly: Probably having no break or doing proper training hampers my performance but it enhances good life vibes and I wouldn’t want it any other way… as I see it, life’s too short to go to the gym and do leg strengthening exercises every day.

Hillary: Because skyrunning is not just about running, obviously the running is really important, but it also requires technical skills and other areas of skill in your upper body and stuff as well, the off-season is a really good time to be tuning in those technical skills so for me that usually looks like climbing and alpine climbing. That gets me in more technical terrain and feeling really comfortable in technical terrain and that’s something I do a lot in the off-season. 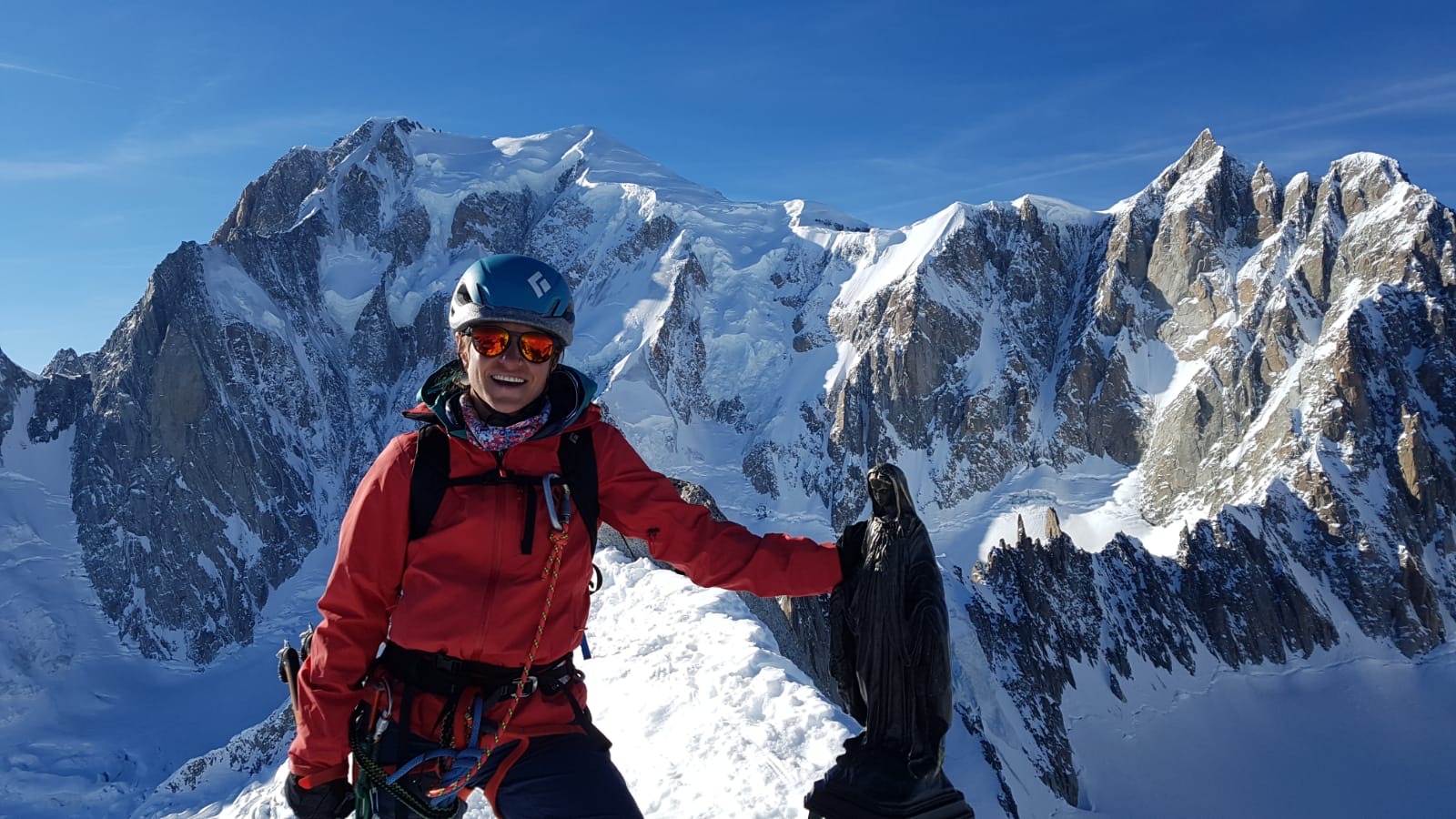 What is the main difference in your training now compared to during the season?

Sheila: Sessions now are somewhat shorter and become more intense in the pre-season. The main difference is that during the season everything is planned and creates a lot of physical and mental stress, the level of demand is higher. Now I just enjoy.

Johanna: The biggest difference in training in winter is the amount of training. Skiing is more gentle on the body, which means I can go out and train for more hours.

Jon: In the winter I do far more slow, long adventure-type training. During the season I have shorter, sharper running sessions.

Holly: Well right now I’m not doing any training as I’m supposed to be preventing my foot from fracturing, but normally I would look to do lots of “base training” over the winter to be strong enough to handle the many many races I like to do in the summer.

Hillary: During the off-season, I’m not really concerned about not getting too tired out before a race so I might actually be doing more volume off-season and also doing a lot more other sports as well.

How do you stay motivated during the period when you’re not racing?

Sheila: I really like to train, I am always motivated when I can exercise, especially now because sometimes during the season I have to rest or can’t train as much during competitions. I don’t like the competition weeks because I can hardly just go jogging or cycling!

Johanna: What I like most about winter training is actually taking a break from running. That’s because it makes me look even more forward to running when spring comes. Taking this break makes me more motivated than ever.

Jon: Skiing is so much fun so motivation is no problem. It is far easier to wake up at 4 am when the conditions are forecast to be good for skiing than to go out for a run. 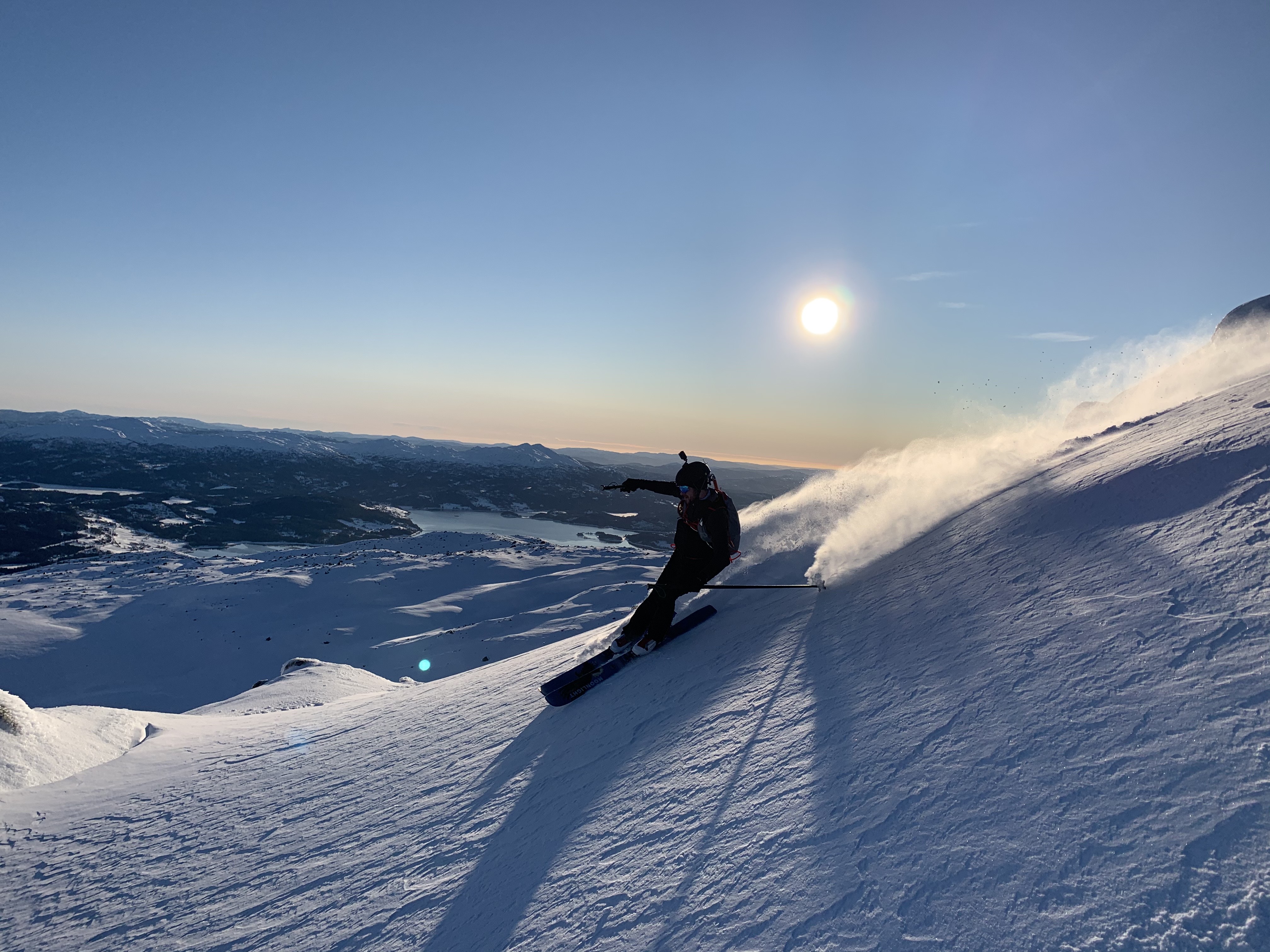 Holly: I don’t miss anything about racing because I don’t stop. But actually, in all seriousness, it’s nice to do some no-pressure events which I can enjoy without feeling like I need to go 100%.

Hillary: I stay motivated by dreaming about projects and the upcoming season and also by changing it up and doing things like skiing and indoor biking and also things like running and climbing and nordic skiing and just doing a lot of activities helps things stay interesting.

What do you like about the off-season and what do you miss about racing?

Sheila: Everything in stages, now in pre-season I like that it allows me to do other types of sports that I don’t usually do in the season because the work is much more specific. Therefore, I will take the opportunity to do mountain biking, climbing, walking in the mountains, skiing …

Jon: During the off-season, I like how I can relax and simply train because I love to be outside moving. The thing I miss most about racing is testing my fitness against others.

Hillary: One of the things I like about the off-season is not being concerned about being tired or getting too focused on a single objective so I can be a little more spontaneous and be like “Oh, you’re going skiing tomorrow? I’ll come skiing with you.”, rather than, “Oh I really have to get this workout in or I need to do this.”, so I like having that kind of variety. However, what’s cool about racing that I miss is that it allows you to push yourself harder than you might otherwise and it gives you really strong and clear objectives that you’re working towards whereas when it’s five months out, you don’t have those really clear objectives.

When will you begin training again for the 2020 skyrunning season and what does your pre-season training plan include?

Sheila: Now in January is when I start training for my 2020 goals. I have not chosen any races yet, I am waiting for Andrés, my coach, to finish specifying what we are going to do next season.

Johanna: I try to run a little during the winter, just a few times a week. As spring approaches, I begin to slowly but surely increase the distance and duration of my runs. It is important not to increase too fast, as the body is not as used to running at that time of year.

Jon: Everything I do from the moment I stop racing to when I start again should help in some shape or form, even taking the two week rest period should hopefully help to get me back on the start injury-free and raring to go. Normally two weeks before a race I will try to run on similar terrain and start thinking more specifically about the challenge ahead.

Holly: “Pre-season training plan”?…Haha. I am looking forward to my foot being better and then being able to run again and do some sessions as I’ve only been able to hike and do some bits of jogging since October. Then I will go out and push again! 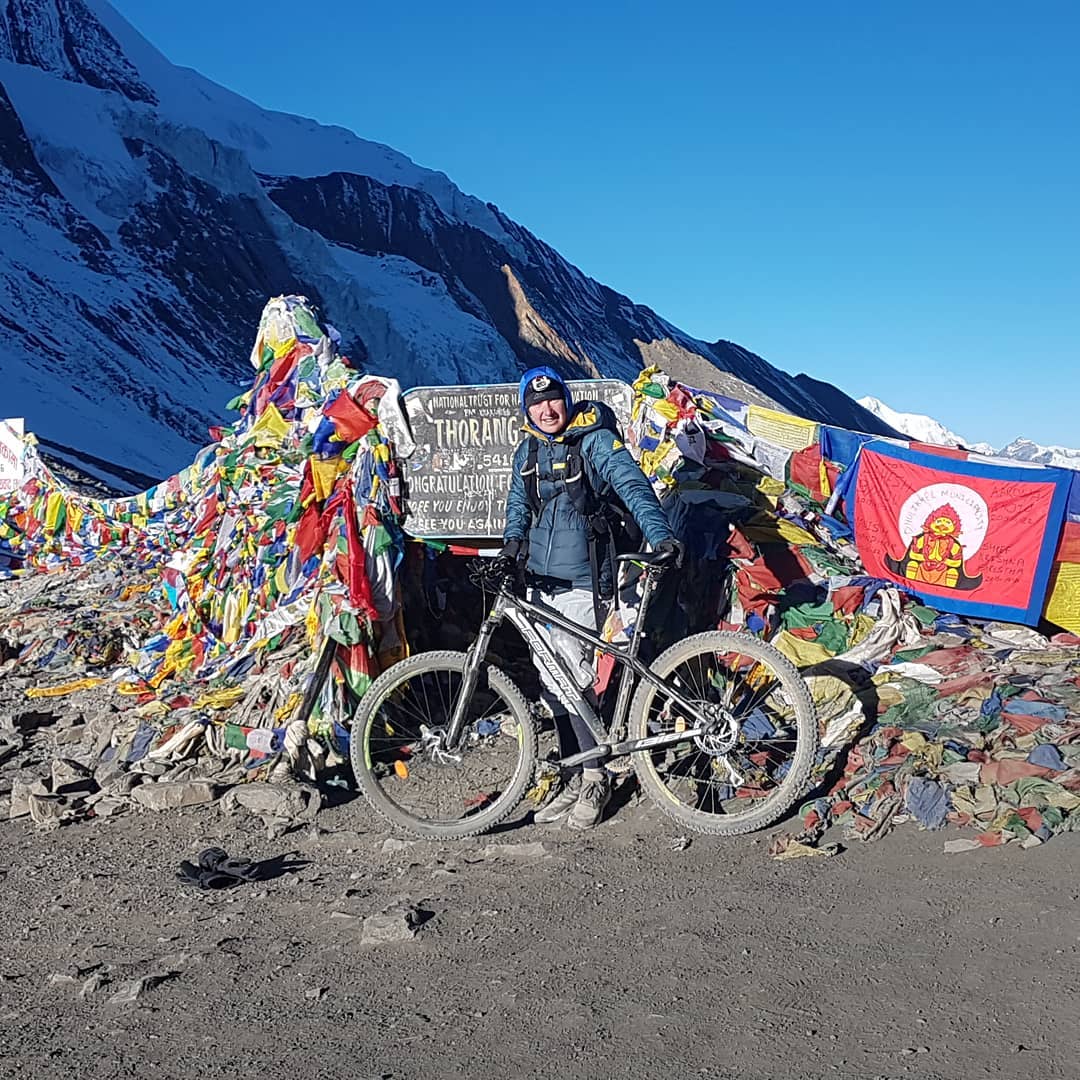 Hillary: Basically I’ve started training again, both for the 2020 Skyrunner World Series season and also for other objectives. I have some ski objectives this year and have some other mountain climbing objectives so my training is going to be focusing on those objectives first in March and April and then running will be the next step but one thing at a time.