The highest race launches 2018 season with a record 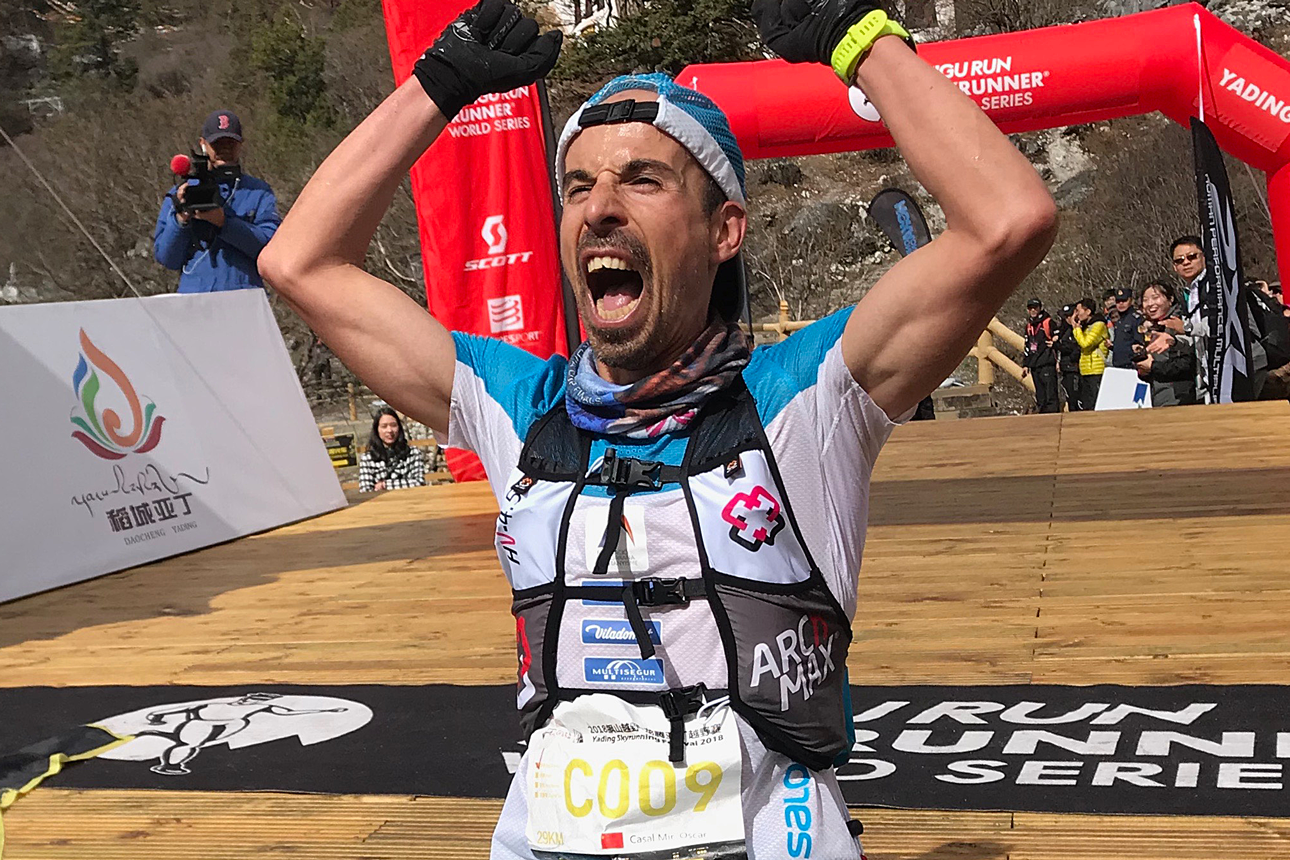 Andorran Oscar Casal Mir, after nine years, ecstatic for his first win of the Series. ©MRSWS

The Yading Skyrun, in China’s Sichuan mountains, launched the 2018 Migu Run Skyrunner® World Series with some surprises in store. Despite a raging blizzard which greeted the runners at the highest point at 4,664m altitude, two new winners emerged on the circuit. After nine years competing on the Series, Andorran Oscar Casal Mir was ecstatic with his win and a new course record. Briton Holly Page, following serious injury last year and just one race, conquered the elements and the podium. 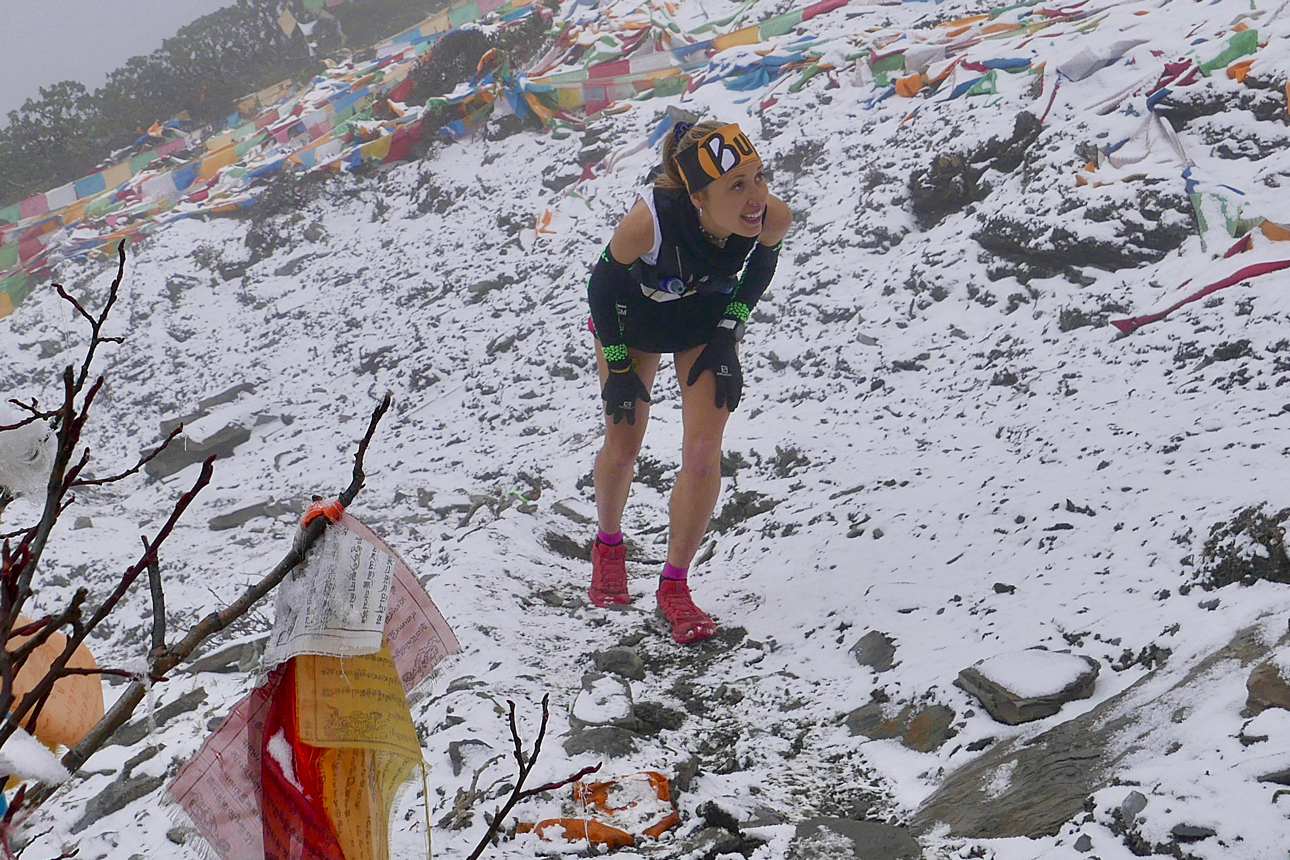 For the third year running, the 29 km Yading SkyRun kicked off the season on April 30 with the highest race on the Series and one of the highest in the world. With a significant 2,900m altitude start, the course climbs for a total of 2,345m. At 4,000m, the race continues past the Chonggu Temple where the surrounding rocks are strewn with multi-coloured Buddhist prayer flags. After summiting, the race turns around to finish back at the temple.

Despite the hazardous conditions, the race was fast with the top three men finishing within 1’31” of each other and a new course record for Oscar Casal Mir in 3h06’26”.

“Wow! It’s a big thrill because I was running on the Skyrunner® World Series for eight or nine years and it’s my first win and for me it’s a dream come true. Now I can retire!” Casal Mir said jokingly. “We prepared the race with the trainer very well, staying one week and at altitude but I never expected to win the race. I dedicate the race to my family, to my sons, I’m very happy.” 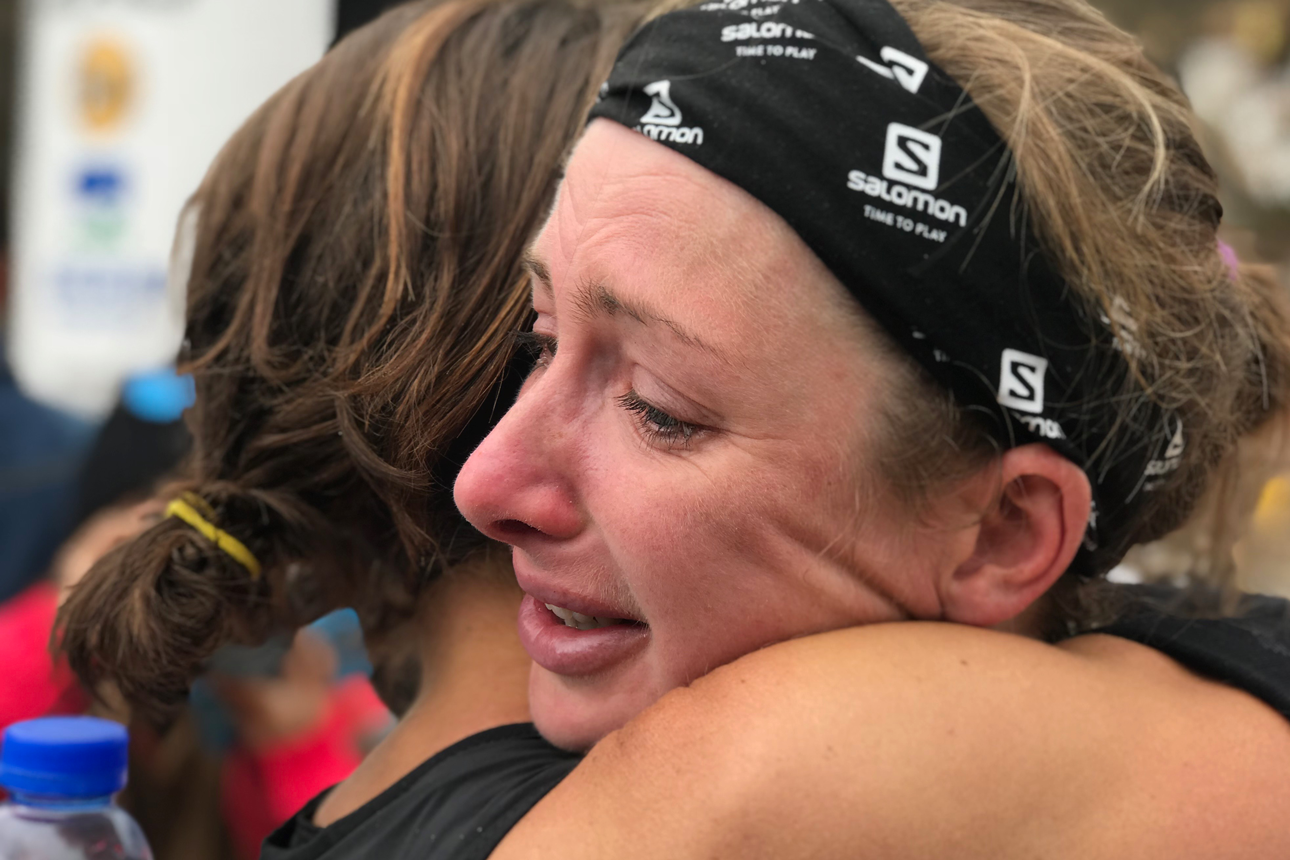 For Holly Page, who closed in 3h32’04”, the win was unexpected. “I’m absolutely elated. Last season I had hoped to do the whole Series but had a pretty bad accident so practically had to learn to walk again…It’s great to come here and start the season with a win and hope to carry that through for the rest of the season.

“Ruth [Croft] is a really good friend and I look up to her as a runner. I never expected to be in front of her and I got really quite emotional but they were tears of happiness rather than of sorrow!”

This strong runner will certainly be worth watching as the season progresses. The women’s record remains intact, set in 2016 by American Megan Kimmel in 3h20’39”. 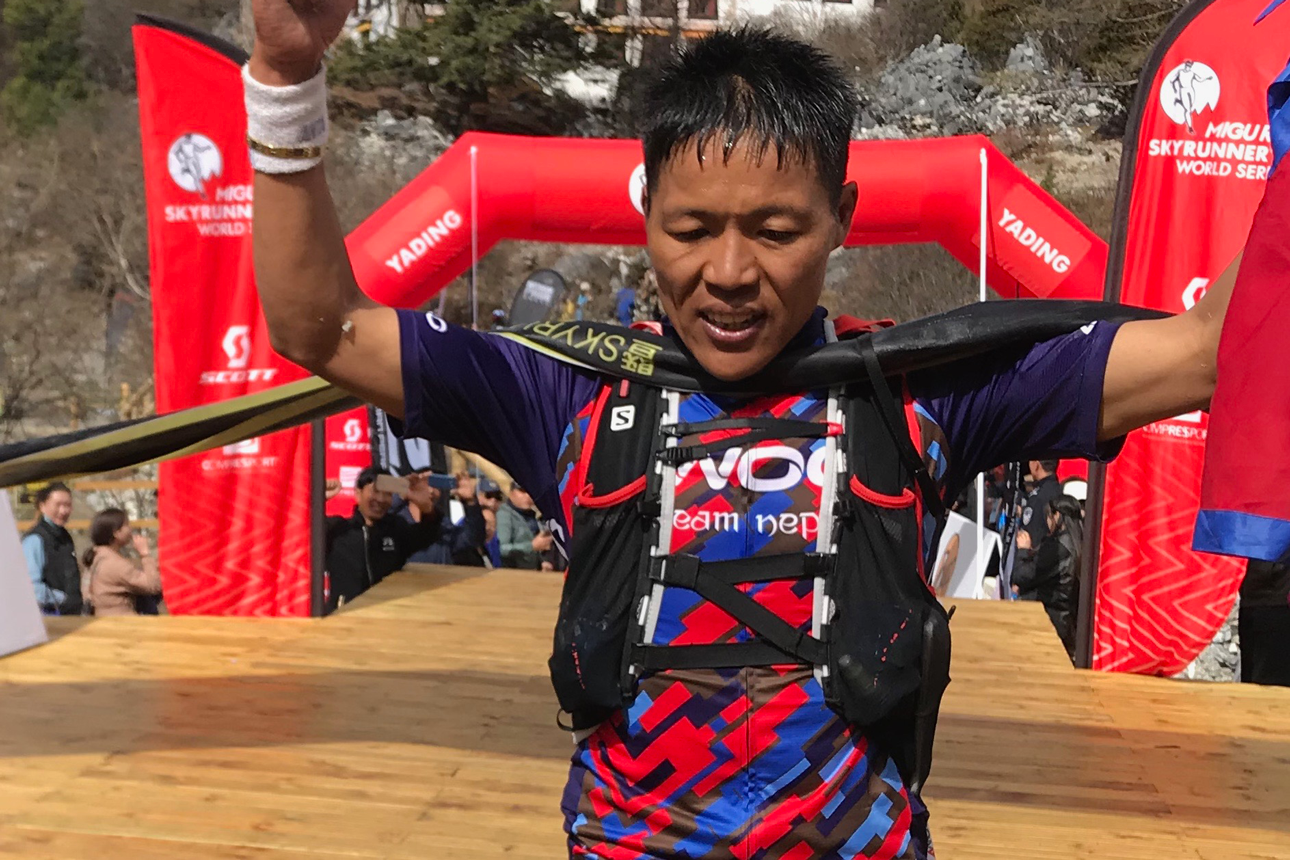 A field of 300 competitors took part with some of the top runners aiming for the Migu Run Skyrunner® World Series ranking coming from as far afield as New Zealand, USA, Andorra, Spain, Great Britain, Nepal and Sweden. Interesting to note is the growing talent emerging in China, where skyrunning is still a relatively new sport. Yongning Gao placed an excellent fourth in the men’s field.

The race was valid for the Sky Classic category which counts a maximum of the five best seasons’ results. 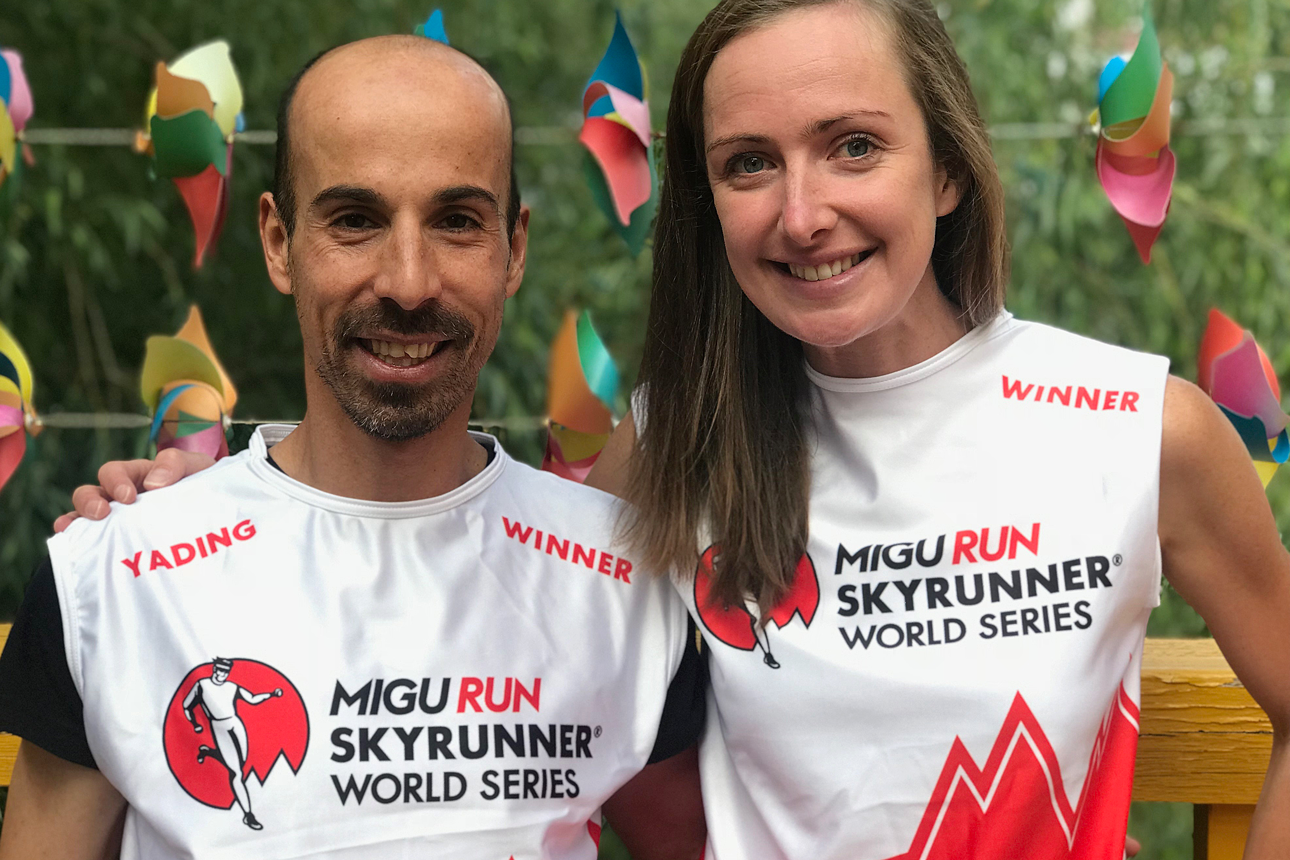 The 2018 Migu Run Skyrunner® World Series now moves on to La Palma in the Canary Islands for the Transvulcania Ultramarathon on May 12, valid for the Sky Extra category with a line-up of some of the world’s top runners.

We are proud to once again present the champions o