MATHYS AND VASINOVA RISE WHILST OTHERS FALL AT 2022 HOCHKÖNIG SKYRACE

Only the strongest of the strong made it to the finish line of the 2022 Hochkönig Skyrace. Epic comebacks from Christian Mathys of Switzerland and Marcela Vasinova of the Czech Republic, prove they are still the ones to beat at the fourth stage of the 2022 Skyrunner® World Series.

The atmosphere was electric this morning in the town of Maria Alm for the Hochkönig Skyrace, where athletes from 40 nationalities stood behind the starting line of Austria’s most technical race. The heat and toughness of the 32 km route across “Austria’s Rockies”, saw some of the world’s best skyrunners admit defeat already nine km into the race after the brutally steep 1,400 meter climb.

Pre-race favourites to win, including elite athletes Stephanie Kröll and Jakob Hermann of Austria, Andreas Steindl of Switzerland and Andreas Reiterer of Italy, were just a few to call it quits early on.

Whilst others crumbled, Marcella Vasinova (team Salomon), made it look like a walk in the park. The Czech athlete led the race from the start, crossing the finish line in first place with a time of 4h 13’ 00” – six minutes faster than Denisa Dragomir’s winning time from 2021.

Second place went to Germany’s Rosanna Buchauer (team Dynafit) who was the dark horse of the day. Buchauer, who holds the speed record for the seven summits of the Stubai Alps, finished nine minutes behind Vasinova.

“I was really nervous at the start line because I knew the elite field was very strong and this was my first race of the season. I grew up just 40 minutes from here and so it feels like my home race. I knew I had many friends and family waiting for me at the finish line so this gave me motivation to push. I am proud that it worked out the way it did and to be on the podium with such strong women in a race close to my home village.”, commented Buchauer.

In the men’s race, it was the 2021 overall champion Christian Mathys of Switzerland (team Biel / Bienne Athletics) who slipped on the Hochkönig SWS Winner’s bib with a winning time of 3h 31’ 09”. Unlike Vasinova, this was no easy win for Mathys. The Swiss champion had to fight off the likes of Japan’s finest Ruy Ueda (team Red Bull) and Omi Ryonosuke (team Adidas Terrex) as well as Damien Humbert of France (team Odlo) to take the win. But in true Mathys style, he managed to pull out all the stops – a great comeback for the defending champion after a disappointing fourth-place finish at Skyrace des Matheysins earlier in the season.

The man of the match today, however, went to second place, Damien Humbert of France (team Odlo), who held on to the first place for the whole first climb and put up a great fight against Mathys until the final few meters of the race. This is the first podium finish for Humbert, although competing in many SWS races since 2019.

“I felt really good today and just went for it. The other guys were so strong that I kept wondering when they would pass me but I managed to hold on to the top position for quite some time. It was a tough but very beautiful race and I really enjoyed competing here.”, commented Humbert who finished less than one minute behind the first man.

After a slow start, Johannes Klein of Germany (team Adidas terrex), came back strong in the second half of the race and managed to finish third, closing the men’s podium just five minutes after Mathys in first. 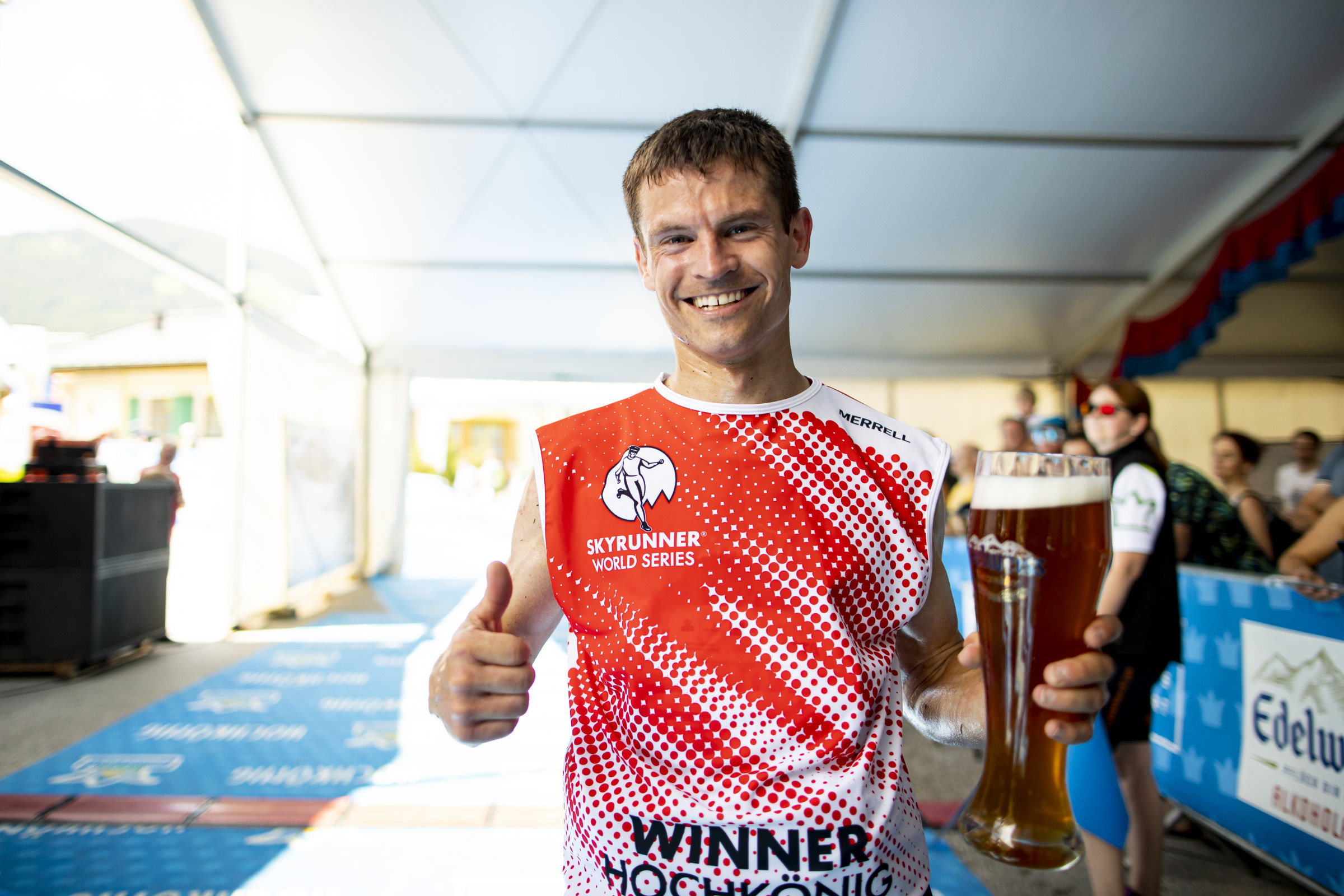 In true Austrian style, big beers were waiting at the finish line for the winners, as well as points towards the 2022 overall ranking for the top 20 male and females and 10 qualifying positions for the SkyMasters on October 8th 2022 in the Basque Country.

The next stop on the calendar is the Minotaur Skyrace in Crowsnest Pass, Canada on the 25th of June 2022.