Again, a picture-postcard setting for today’s Livigno SkyMarathon, the first Sky Classic bonus race of the year where skyrunning super star Laura Orgué took the women’s win. A potential new star is born in the men’s winner, Petter Engdahl from Sweden, new on the international scene.

The Migu Run Skyrunner® World Series arrived in the Italian Alps, birth place of the sport, for one of the most spectacular races on the calendar. Representing the third stage of the Sky Classic category, it is also one of the most challenging courses featuring high altitude, technical ridges, via ferrata and snow. To ensure participants’ safety, the 34 km course was 500m shorter but gained an extra 50m for a total 2,750m vertical climb.

Orgué powered through the whole race in the lead, proving once again that’s what she’s made for. She wasn’t unchallenged however, with fellow Spaniard, 2017 Sky Classic champion, Sheila Avilés chasing, on the final downhill almost neck and neck.

“I’m proud of myself!” Orgué commented. ”I got lost and had a hard battle with Sheila on the last downhill, but mentally I stayed strong.” Orgué closed in 4h10’11”, a tight 34” ahead of Avilés.

“I really enjoyed the race – technical with a lot of climbing” said Avilés. “I’m thrilled. To be second in this awesome field and after a hard battle with Laura… It has a big value for me. I took a hard hit on the knee and even feared retiring, but finally I finished only 34” after her!”

2016 race winner Elisa Desco from Italy, just seven months after the birth of her second daughter, finished third. “It was really hard because I really haven’t climbed much in the past few months since giving birth. I was able to catch up and really didn’t expect to get such a high finish against such a strong field.”

The men’s race was equally gripping throughout. Young Engdahl took the lead on the first uphill, followed by another newcomer, American David Sinclair and Switzerland’s Pascal Egli. The three alternated the lead, but on the last downhill Engdahl took over to cruise to the finish. His winning time was 3h33’26”, with Egli and Sinclair in second and third respectively.

The ecstatic winner declared: “I just kept pushing and kept my pace on the uphill. I pushed really hard on the downhills too so I’m probably not going to walk for a few days! It’s such an amazing course. This is the sort of the race where you just look around you and think ‘wow, where am I?’ Everyone was catching me on the downhills – especially the first two descents, so I guess that means I’ve got to improve my skills!”

Second man Egli stated, “The race was tough and the field was awesome, so I’m proud of the result. I tried to catch Petter, but he was superfast and I had to fight with David Sinclair on the last downhill. It was wild!”

For Sinclair, “It was incredibly difficult, the hardest thing I’ve ever done! It’s an incredible result!”

A field of 279 runners from 30 countries took part in the third edition of the race, tailor-made by a team of skyrunning legends headed by Marco De Gasperi together with Fabio Meraldi and Adriano Greco, pioneers of the sport who set some of the first records in the Alps and across the world in the 90’s. 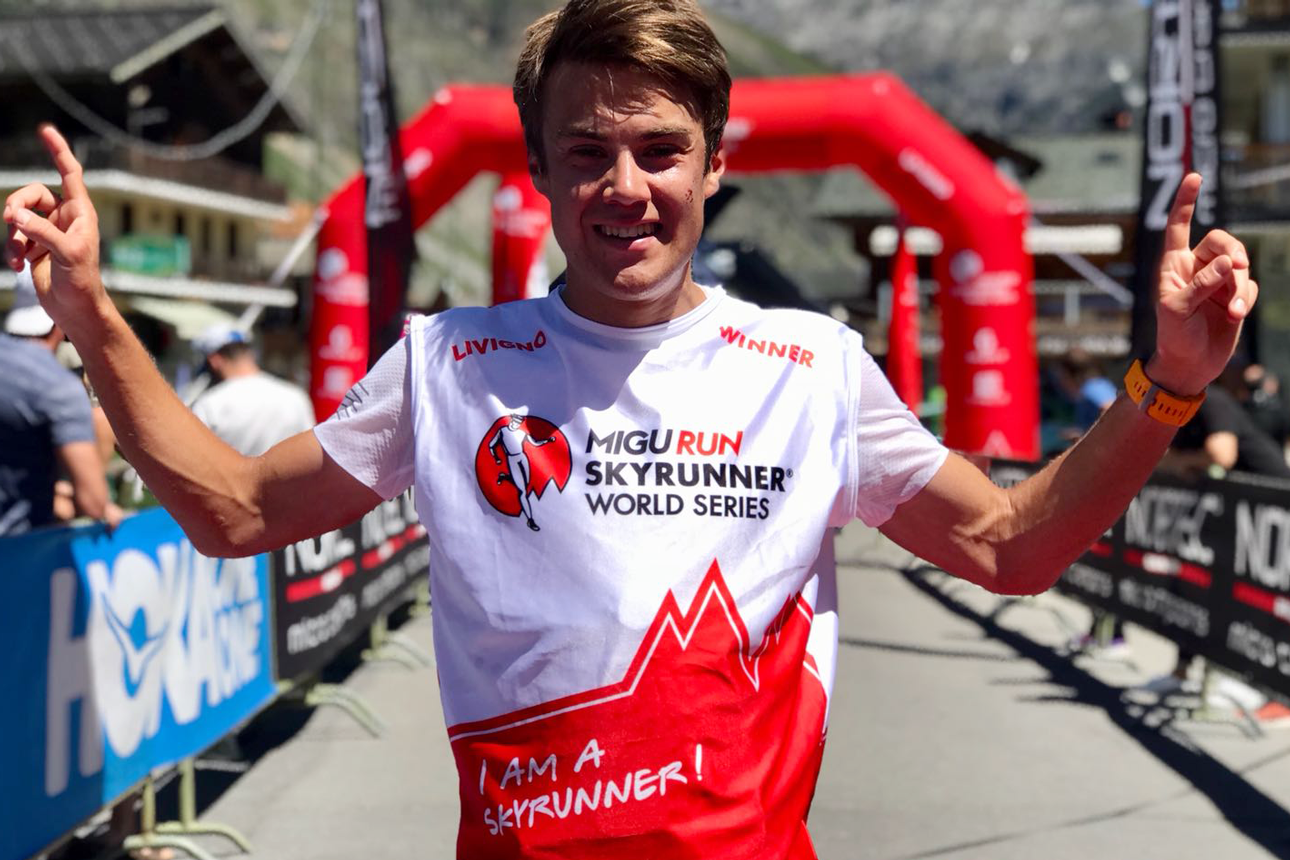 Next stop for the Migu Run Skyrunner® World Series Sky Classic category is just a week away on June 23 in Greece with the Olympus Marathon.