Records smashed at Comapedrosa – victory to Owens and Orgué 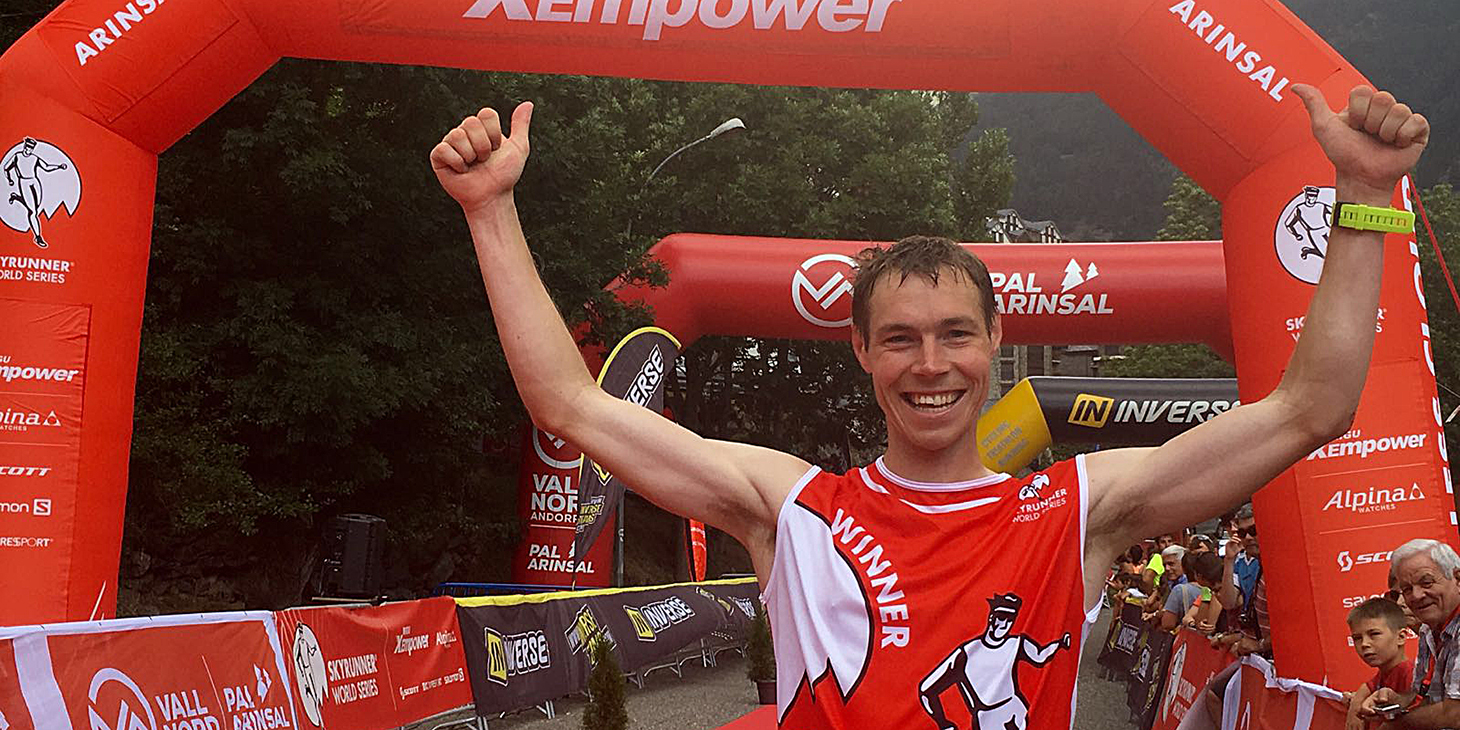 With a top class line-up, the pace was pushed and records fell all round. Both the top three men and women broke the standing records in the fifth leg of the Skyrunner® World Series in Andorra today. The short technical Comapedrosa SkyRace® saw some of the best specialists in a field of 370 runners take on the challenge, just one week after the Skyrunning World Championships.

Briton Tom Owens was a last-minute entry. After his silver medal at the Buff Epic 42K on July 23 he hadn’t planned on sweeping the field here. The relatively short 21 km course offers a 2,280m vertical climb reaching the highest point in the Principality of Andorra at nearly 3,000m altitude. Owens literally flew across the finish-line, beaming and looking incredibly fresh, closing in a tight 2h40’02”, followed by Spaniards Hassan Ait Chaou just a minute behind and Aritz Egea, three minutes later.

“I came to support a friend and although entered for the SkyRace I was un-decided if I should run,” said Owens. “I wanted to get to the top of the highest mountain and race the best runners and today I felt great. Sometimes it’s nice to race with no expectation – I had no pressure on myself to perform. I was 6th or 7th on the first climb but running on those ridges was just brilliant, quite technical. The descents were great for me, I can really relax on that and move quite quickly and pull back places.”

Owens continued, “At the top of the first climb, Aritz was out front in a little group of four and I was behind. I started closing the gap very quickly. My weakness is in the steep climbs. I followed Oscar Casal Mir, then eased back on the second climb. I just couldn’t believe it, he’s normally so far ahead. We all pretty much reached the summit of the second climb at the same time and from there I knew I had to concentrate. The fast guys were chasing me down the descent and it was terrifying.” The chase paid off and Owens is a happy man, now aiming for the Tromsø SkyRace® start-line just a week away.

For Laura Orgué, victory was hard-come by today. She gave it her all, looking very tired at the finish and admitted after the race that she had not been allowing herself enough recovery.

“I was really tired today. This has been my 5th week racing, not to mention the travelling. I had to dig deep to win. I’m usually a good uphill runner, that is my strong point and I usually push on the climbs so that I can open up a gap to my advantage but today I found I was less strong so I made a point of saving my legs for the downhill. To be fair, I’m happier with my performance in the descents as opposed to the climbs. I was under a lot of pressure as today’s race was important because it’s my second race in the World Series after winning the first.” Orgué commented.

“In the next few weeks I’ll be concentrating on the VK so recovery time is less important. The next will be in Tromsø. I have four days to relax and do some active recovery!” Orgué, who won both the 2015 Vertical and Sky Series, is right on track.

For course record-holder Oihana Kortazar, second place came as a bit of a surprise. Happy to beat her own time, she admitted that the competition was very hard. “In this race I prefer the ascents to the descents which are very, very technical. Andorra has some really tough terrain and I welcome the challenge. My next race is Matterhorn Ultraks in Zermatt.” 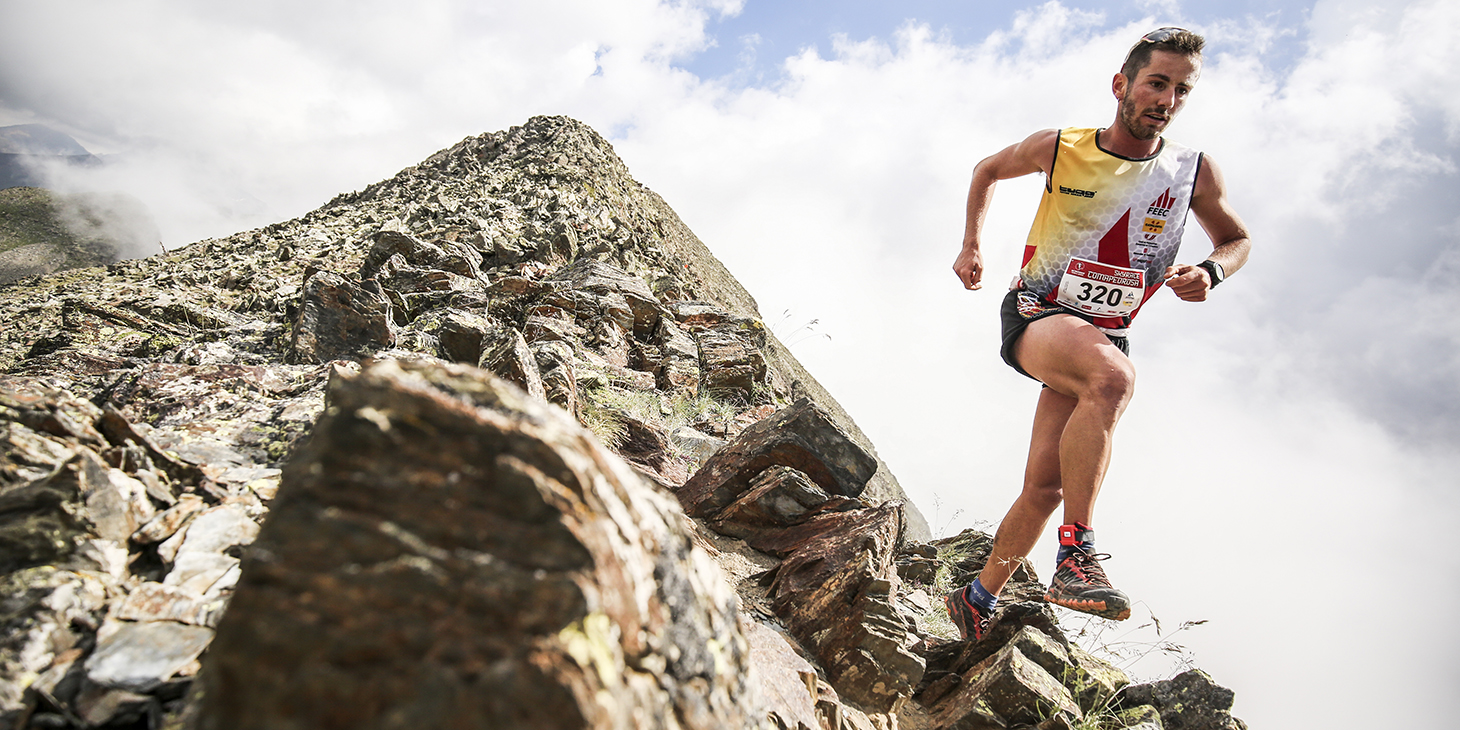 As the last runners come in before the six-hour time limit, the sound of thunder is heard across the mountains and Comapedrosa bringing a dramatic close to a highly successful race.

The next and 6th race in the eight-race Sky Series is Matterhorn Ultraks 46K on August 20 in Zermatt, Switzerland, while next weekend the Series heads for Norway with the Blåmann Vertical on Friday August 5. First of the new Extreme Series, presented by Alpina Watches, the Tromsø SkyRace® will be held the following day.