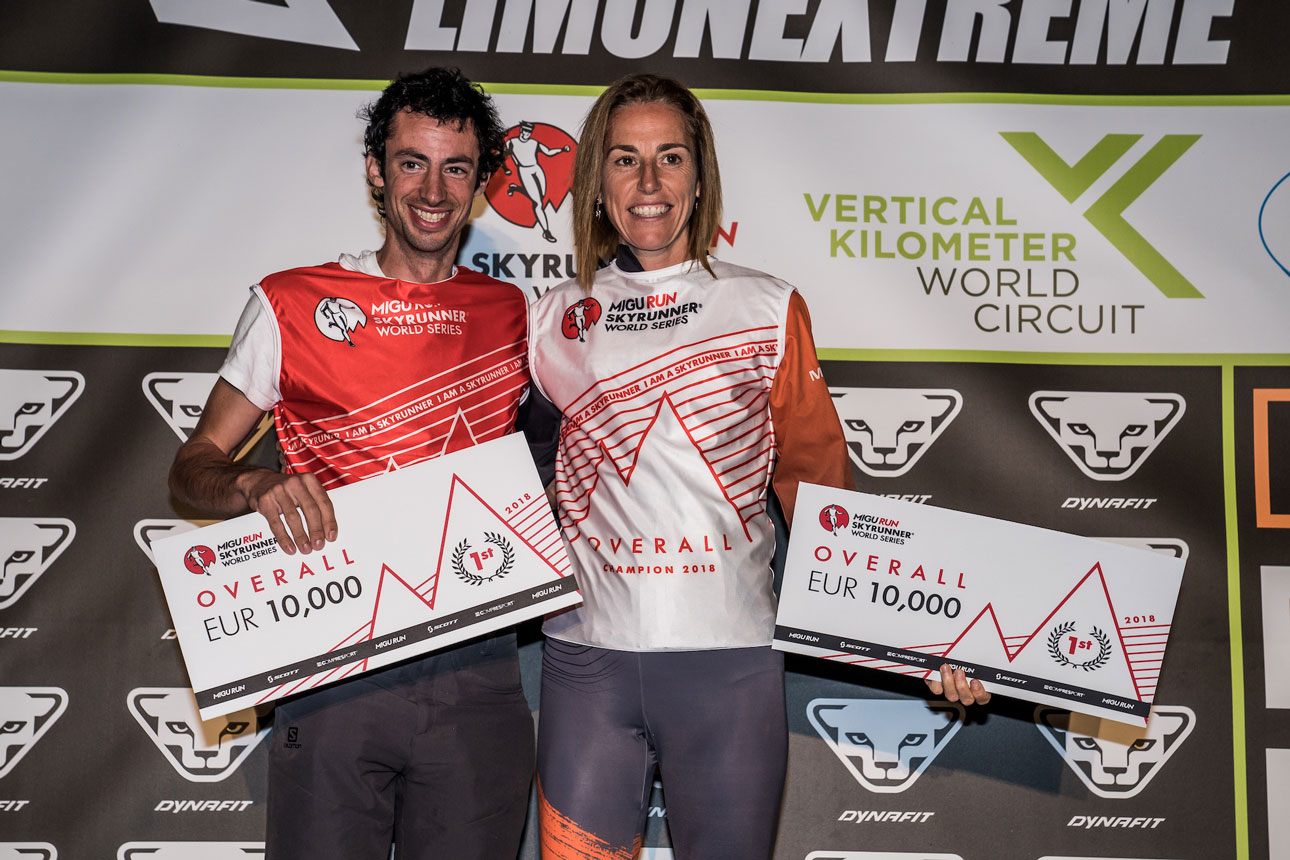 The event attracted 979 runners from 37 countries who gathered in the popular tourist resort on Lake Garda for the tenth and final race of the Sky Classic category. Here, the title was awarded along with the prestigious Overall ranking title.

LIMONE EXTREME SKYRACE® WINNERS
In a deeply stacked international field, youngster Davide Magnini not only took the win but crushed the record by almost eight minutes delivering a memorable performance. He covered the challenging and technically demanding 29 km long course with 2,500m vertical climb in 2h59’24”. 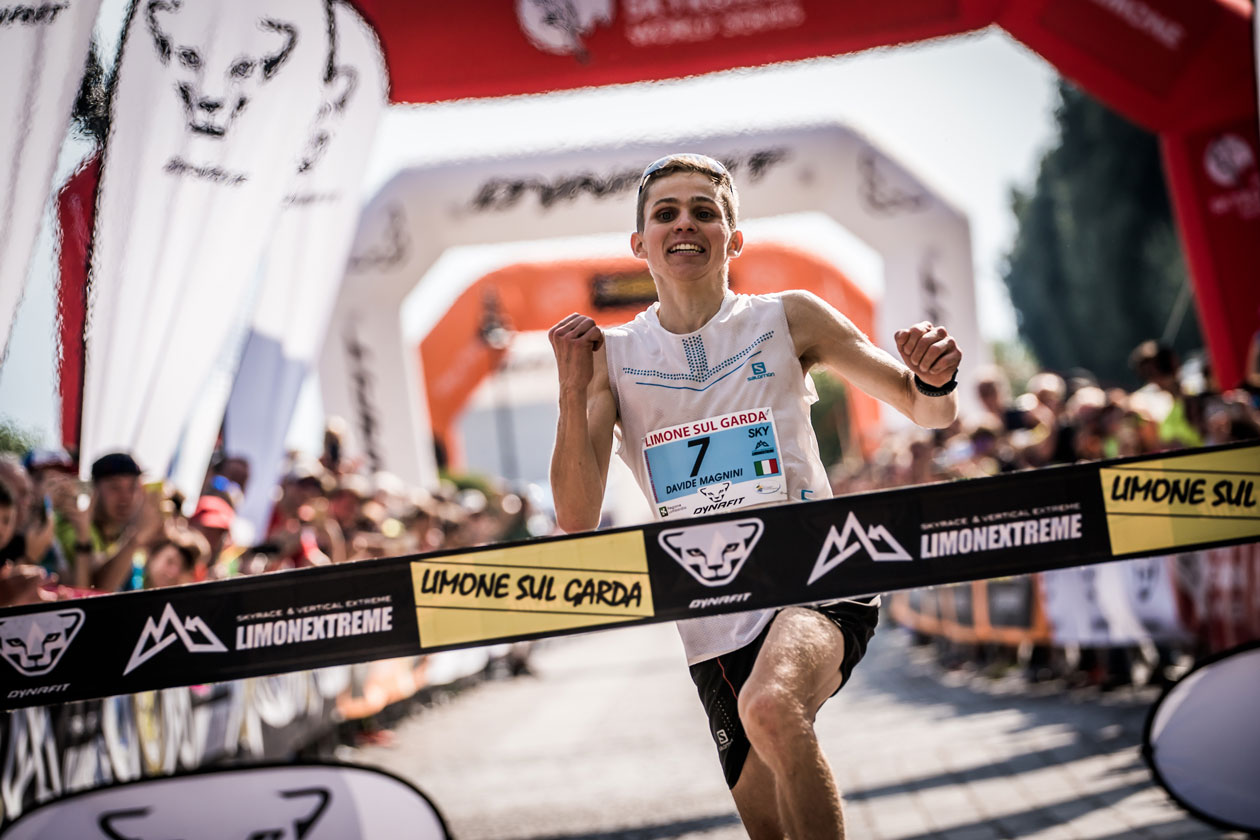 “I’m really surprised by this result. Before the start, I thought I couldn’t finish the first climb, but I found my pace and my legs worked really well. I stayed focused all the time and beating the record held by a legend like Marco De Gasperi is simply humbling,” said the 21-year old Italian. Second man was Switzerland’s Rémi Bonnet, fresh from yesterday’s Vertical Kilometer® World Champion title at the same venue. Spaniard Oriol Cardana closed the podium.

The women’s race was won again by orienteering world champion Tove Alexandersson from Sweden who raced her first skyrunning race here last year. Known to give it her all, today’s win was no different. 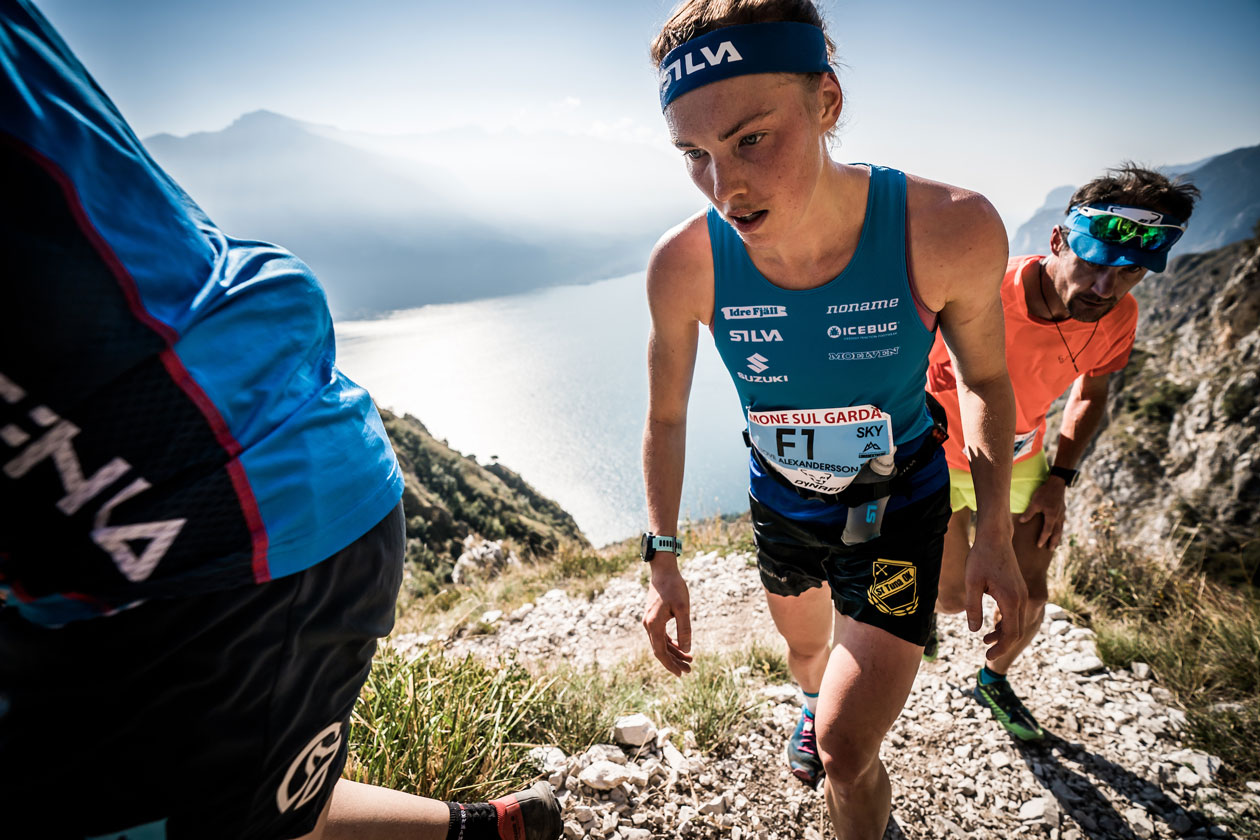 Tove Alexandersson, winner at Limone for the second year in a row. ©iancorless.com / MRSWS

“It was so tough for me today. I’ve had a long season with many orienteering competitions so I finished the season last weekend with seven races in four days. I wasn’t sure to come here because I was so destroyed,” said the winner. “When I started I felt terrible but I was just fighting, fighting all the way. I come from Sweden where there was snow and I’m not used to this heat so it was a fight from the start to the finish but now I’m so satisfied that I did it. I really enjoy these challenges, that’s what I love!”  She didn’t beat her own record but finished in 3h31’36”, just 25” short. Ragna Debats closed second, triumphant with her new Overall title. Third was Spaniard Sheila Avilés.

SKY CLASSIC CHAMPIONS
The Sky Classic category champions were Pascal Egli from Switzerland and Briton Holly Page. Egli commented, “It’s indescribable. I’m super-happy because I thought I might lose it if some people run really strong today, so I really tried to be smart and stay top ten and not to burn out in the end. 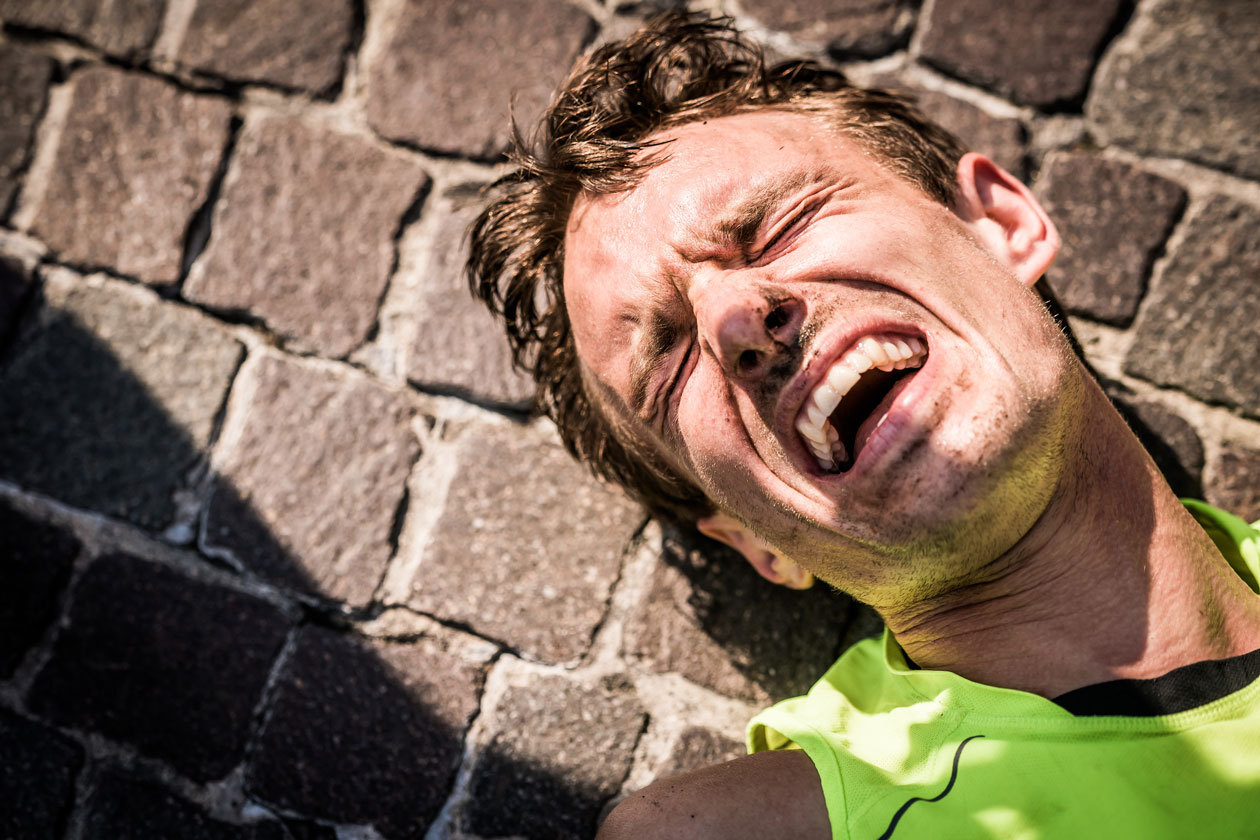 Because it is one year ago that my mother died, I thought I would be very weak emotionally, but I managed to hold on, so I dedicate this win to her. I love skyrunning because it’s an amazing community, so international and the most beautiful races!”

For Page, it was a climb to stardom after racing her first skyrunning race here last year.  “It was actually the best start of a race I’ve had of the season. I felt really good on the first climb which is unusual for me and I pushed really hard. After half way I was sick and had to keep stopping so it was more like survival,” said Page. “I came here last year, it was my first sky race and I never thought I’d be here one year later having won the Sky Classic. When I won the first race in China I thought that it would never happen again – and then I won again and again and just tried to stay consistent all season but it’s been very long. I’m looking forward to next year!” 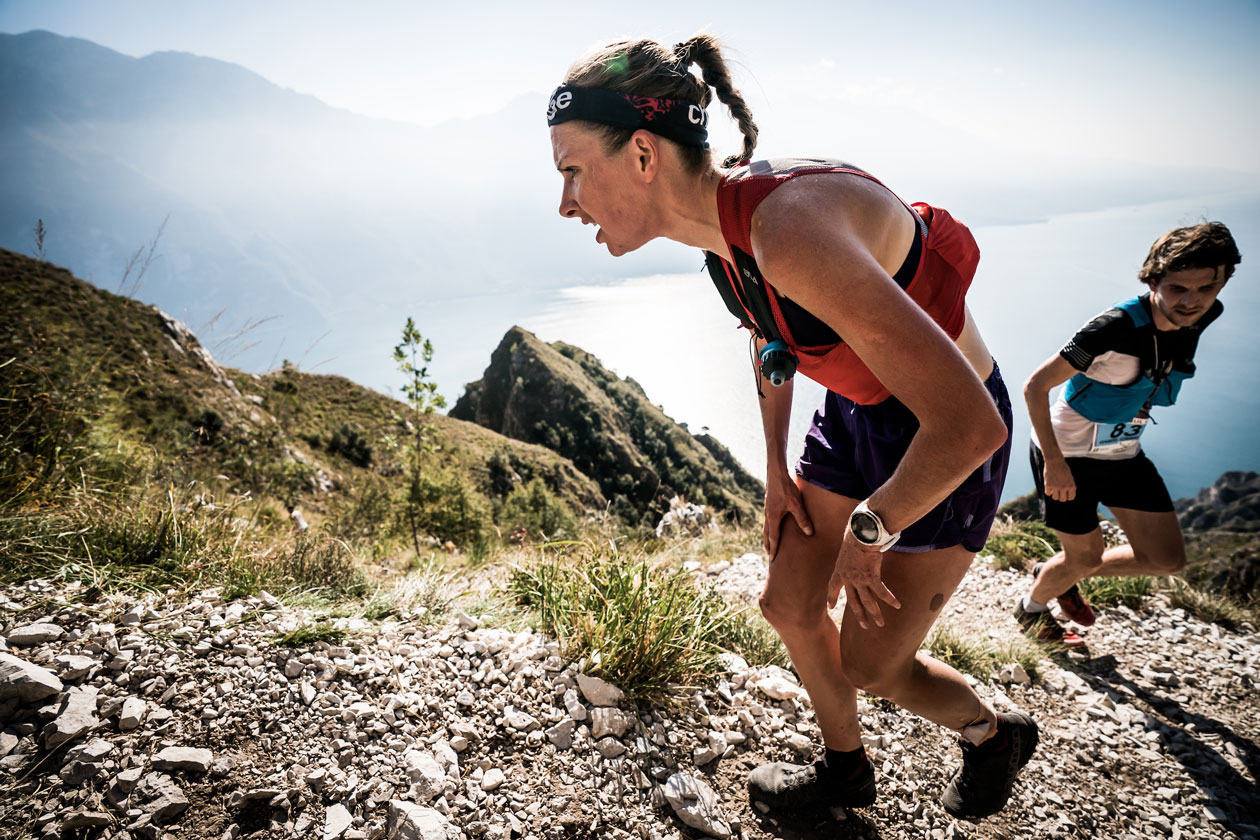 The Sky Classic title was based on the five best results out of ten with an extra 50% bonus points awarded here.

OVERALL CHAMPIONS
After winning three races outright, the Catalan king of skyrunning, Kilian Jornet took the Overall champion title, unaffected by his sixth place in today’s race. He said, “This season I was coming back from an injury, so I didn’t have real goals, but I saw I could do the Skyrunning Overall because it was four races, possible with some long and some short ones.  Today here in Limone I wanted to give it everything and actually with Petter [Engdahl] had a nice 14 km of fighting. It’s good to see these guys coming from all over the world and very young. It was like looking at the next generation.

“After Glen Coe I had some problems, so I wasn’t able to run, just skiing and cycling. Today I came here and thought if I do top six I’ll win the Series even if Petter is first. That was my goal today. I knew he was super strong – he’s an amazing runner and very talented. I’m so happy for him. Next season? I haven’t thought about that yet but I’m always in the game!” 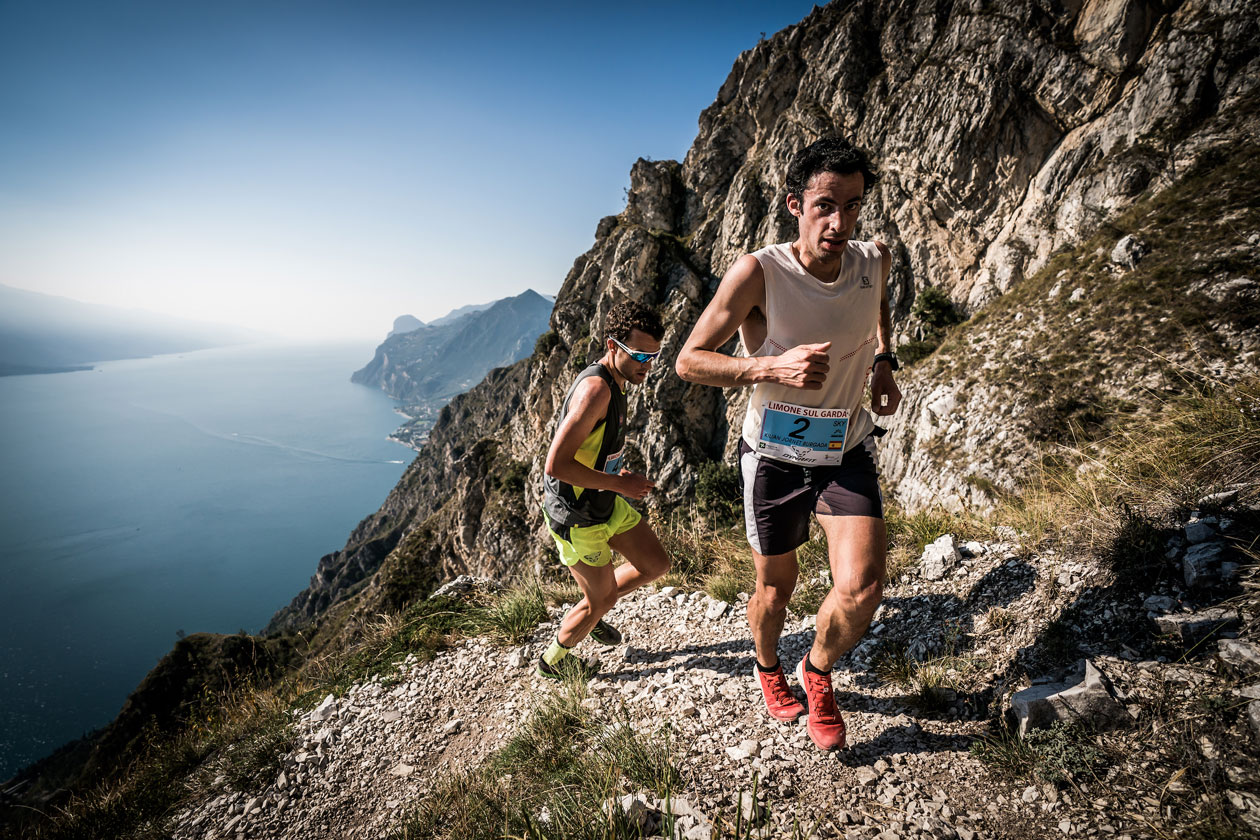 Ragna Debats was overjoyed by her title, which she had to fight hard for. “I’m really, really pleased and even more pleased to get the Overall which is what I aimed for as I was second last year. I was a bit worried because this year I didn’t do any really good Sky races as I was training for the longer ones so it was hard to get fast for the shorter races. I’m very pleased that I finally did it and said to myself (mainly) that I can hard go hard if I want to!” The words of a true champion. 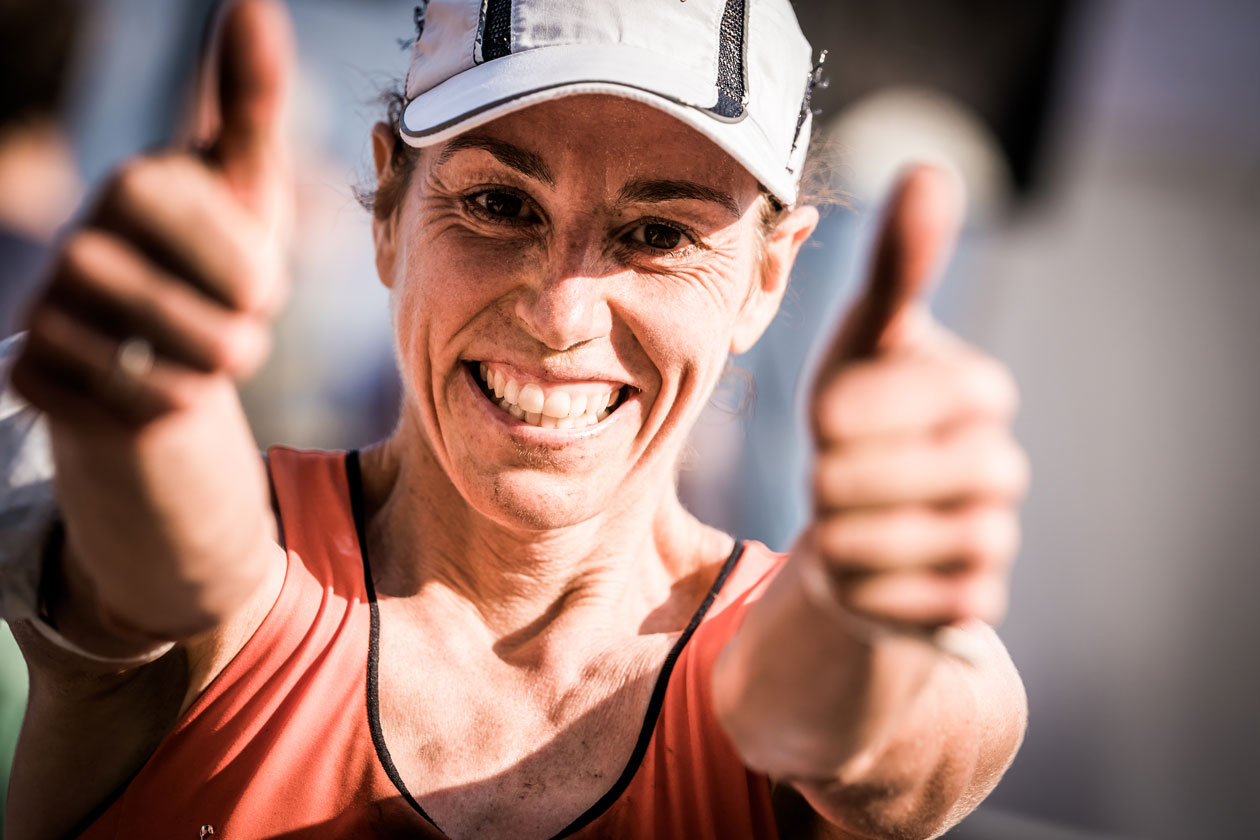 The Overall ranking took into account a maximum of the best two results in each category, Sky Classic and Sky Extra.

Eighteen races across three continents saw a selection of the best skyrunning events with the best runners, great champions and rising young stars. The 2018 Migu Run Skyrunner® World Series has come to a close and it’s time to look forward to the 2019 calendar.

A big thanks go to all the runners that took part, the teams, the race organisers and to our partners for their support with whom there will always be: Less cloud. More Sky!