Records are crushed and champions crowned at Sky Extra finals 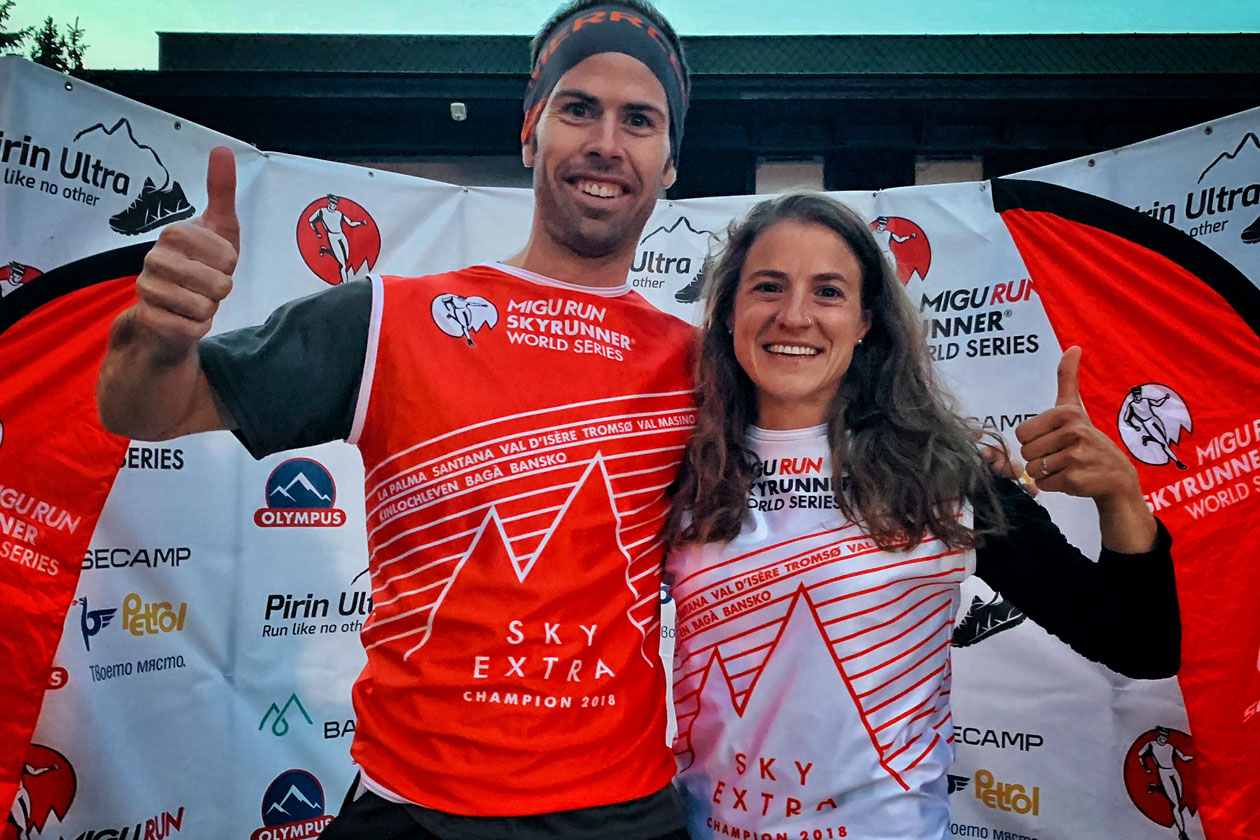 With a strong international field pushing the pace and racing for the Sky Extra title, records were smashed at the Pirin Ultra SkyRace® in Bansko, Bulgaria today. The eighth and final race of the Migu Run Skyrunner® World Series Sky Extra category saw a world-class field eat up the 66 km course with a 4,400m vertical climb.

The race winners were Spaniard Pere Aurell and American Brittany Peterson who each sliced an incredible three hours off the standing course records to close in 7h44’40’ and 9h01’59” respectively. 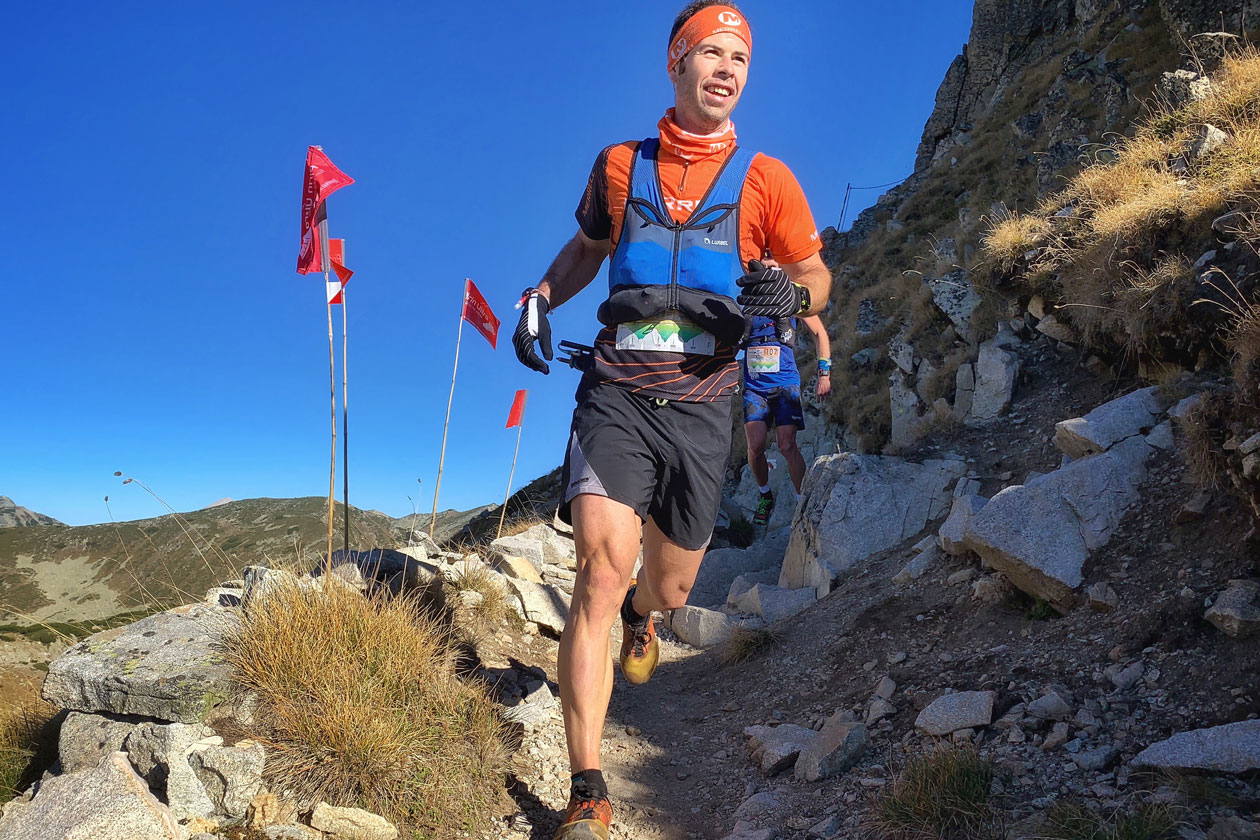 The Sky Extra ranking titles went to Pere Aurell and American Hillary Gerardi. Indomitable, Gerardi had racked up enough points not to have to race here, although she attended to cheer the field. This super-strong athlete from Vermont, New England, now a Chamonix resident, turned to skyrunning just last year and hasn’t looked back, topping the most technical and challenging races on the World Series calendar, including Tromsø, Kima and Glen Coe.

“This year when I picked my race calendar, I chose the races I was the most excited to do. I was really excited about the whole season and all of the races I did fulfilled my wildest expectations,” commented Gerardi. “For the Sky Extra title, I feel so happy and lucky to have had such a season running with amazing people and such inspiring strong women. I will do my best at Limone and try to place sixth or better, so I can win the Overall,”  she concluded. 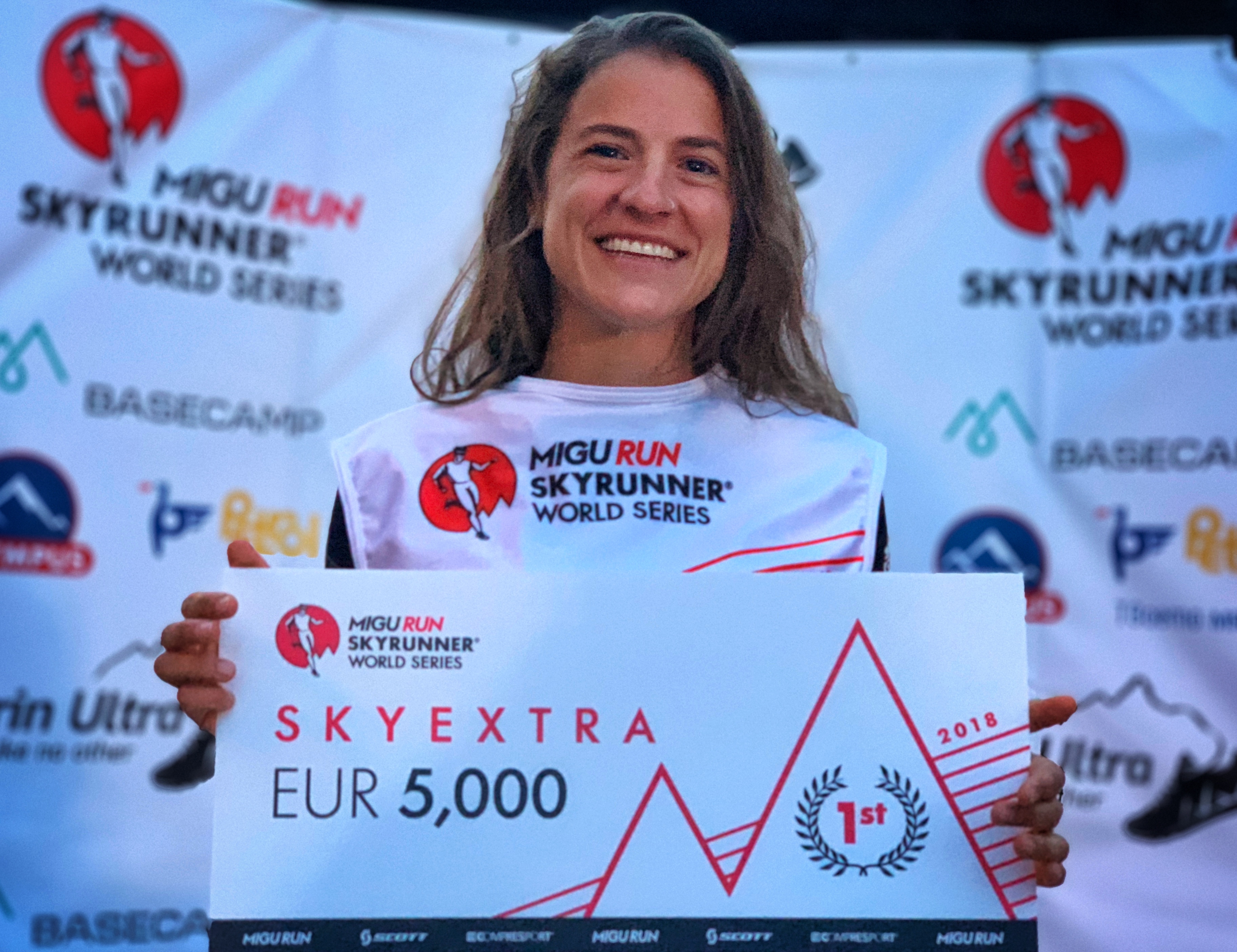 “I was leading on the first climb with André [Jonsson] and first on the downhill and then I went alone. On the second climb I had some problems and felt very weak. Dmitry caught me, but I really wanted to win so I gave it my all.” Aurell closed extremely exhausted but very happy to win the Sky Extra title – his main objective of the season.

A total of 204 participants from 25 countries took part in the third edition of the race, held in the Pirin National Park, a UNESCO World Heritage site. Six minutes after the winner was Frenchman Benat Marmissolle. “I have no words. I have been injured for a long time and I knew that here I would be strong, but finishing second is unbelievable. I want to thank Skyrunning for trusting in me!” 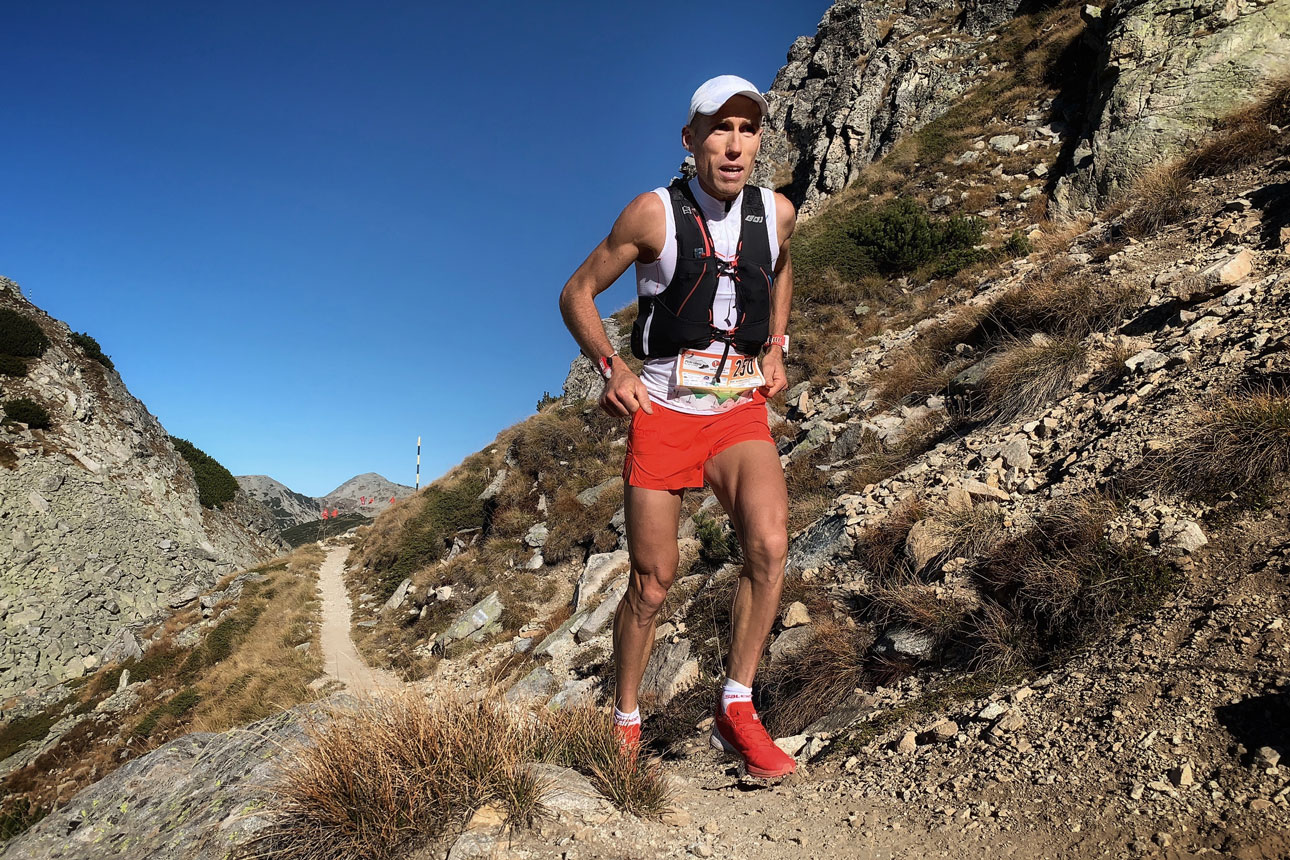 Third man was Mityaev. “I suffered a lot. I tried my best and I even caught Pere, but in the second half of the race I couldn’t eat and had to fight hard. I’m really happy for my second position on the ranking though!”

The women’s field saw another American climb to stardom. In her first skyrunning season Brittany Peterson collected a number of strong results to take third in the final ranking and the win here today.

“In the beginning there was a pack of us, but I wanted to start slow. I felt good on the downhill so went first. The next climbs were so hard but I couldn’t see anyone behind me, so I just focussed on staying as strong as possible and push on the downhills. After eight miles on the downhill my legs felt really good, they were just done climbing – gravity must have helped!  I’m still in shock. I knew it was possible today but didn’t know how it would come together. I’m super-excited.”

Closing in second was Emily Hawgood from Zimbabwe and Bulgarian Antoniya Grigorova was a tight third less than a minute later. 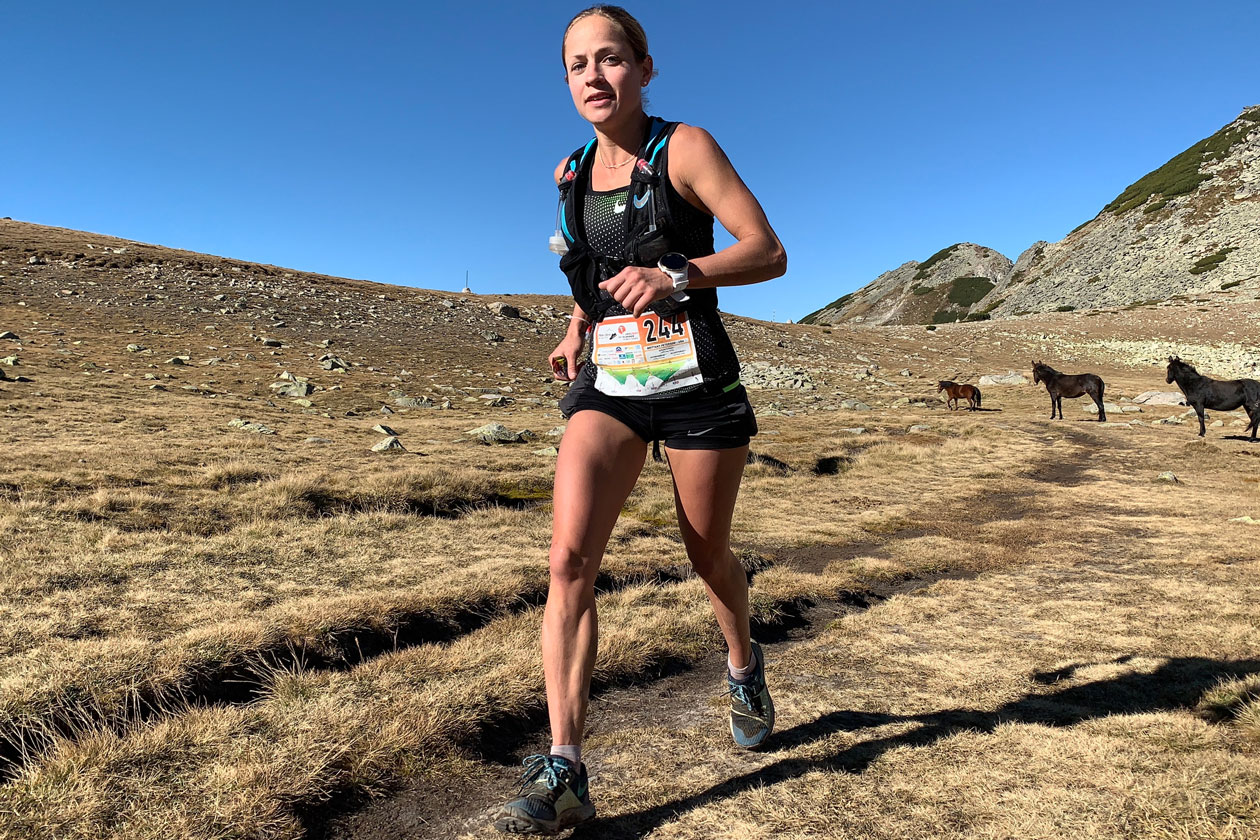 American Brittany Peterson on her way to the win. ©MRSWS

The Overall ranking remains unchanged and will unfold at the Sky Classic finals on October 13 at the Limone SkyRace® on Italy’s Lake Garda where the world’s top skyrunners will gather to celebrate the end of a compelling season.